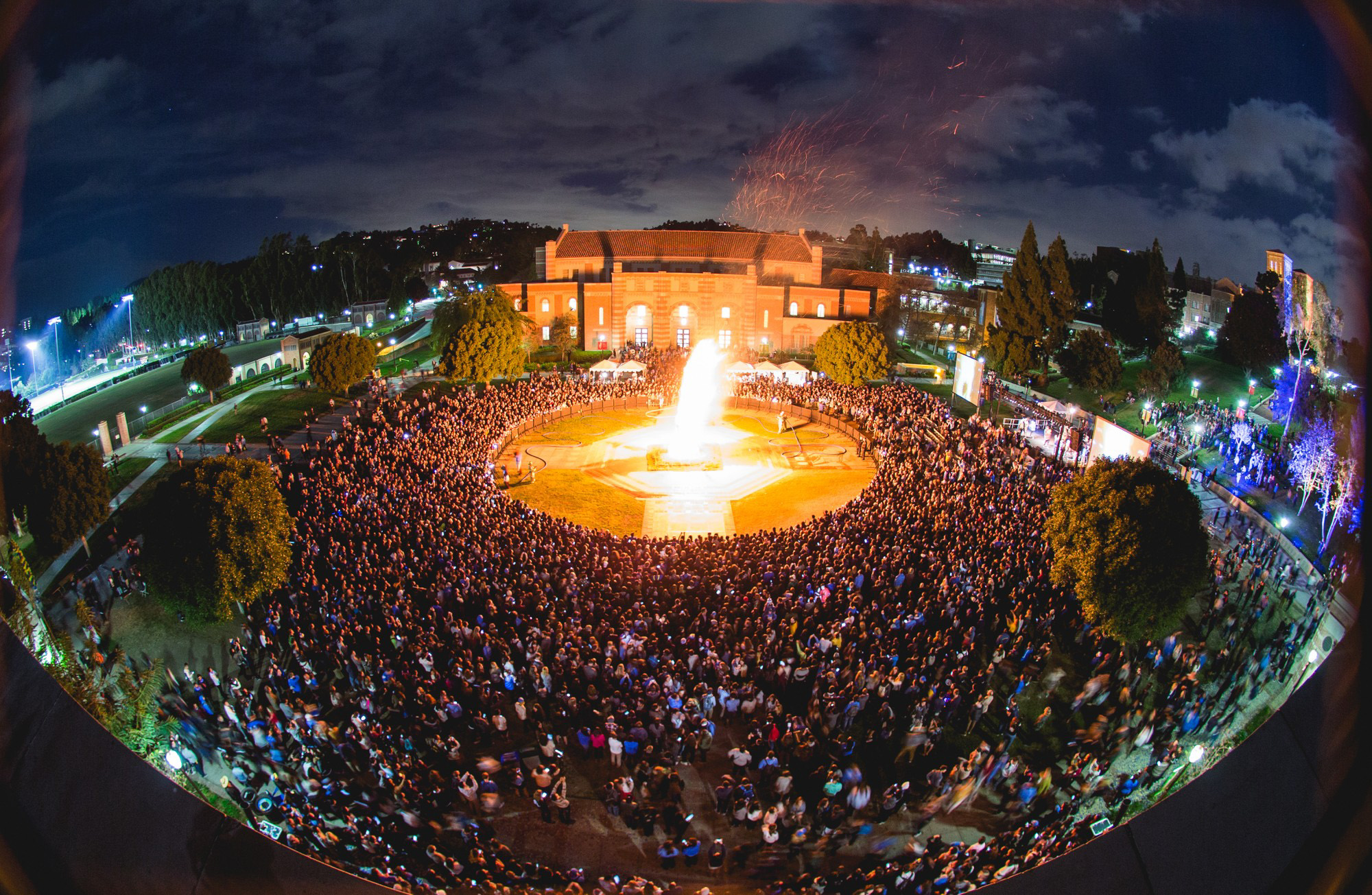 The Beat ’SC rally will not feature a bonfire because of the recent California wildfires. Attendees will be able to write notes of gratitude at a station at the event in Wilson Plaza on Thursday. (Daily Bruin file photo)

There will not be a bonfire during the Beat ’SC rally at Wilson Plaza on Thursday.

Most recently, the now fully contained Getty fire burned 745 acres and destroyed 10 residencies, igniting just 2 miles from campus. Instead of the bonfire, attendees will be able to write notes of gratitude to firefighters at a station at the event, according to UCLA Newsroom.

The Daily Trojan reported Tuesday that USC’s similar bonfire, which was also planned for Thursday, was canceled as well.

The rally will still feature festivities starting at 5 p.m. including carnival games, food trucks and giveaways. It will also feature dance performances, a T-shirt exchange and an appearance by the UCLA football team.

The rally will be followed by a men’s basketball game against Hofstra University in Pauley Pavillion at 8 p.m.