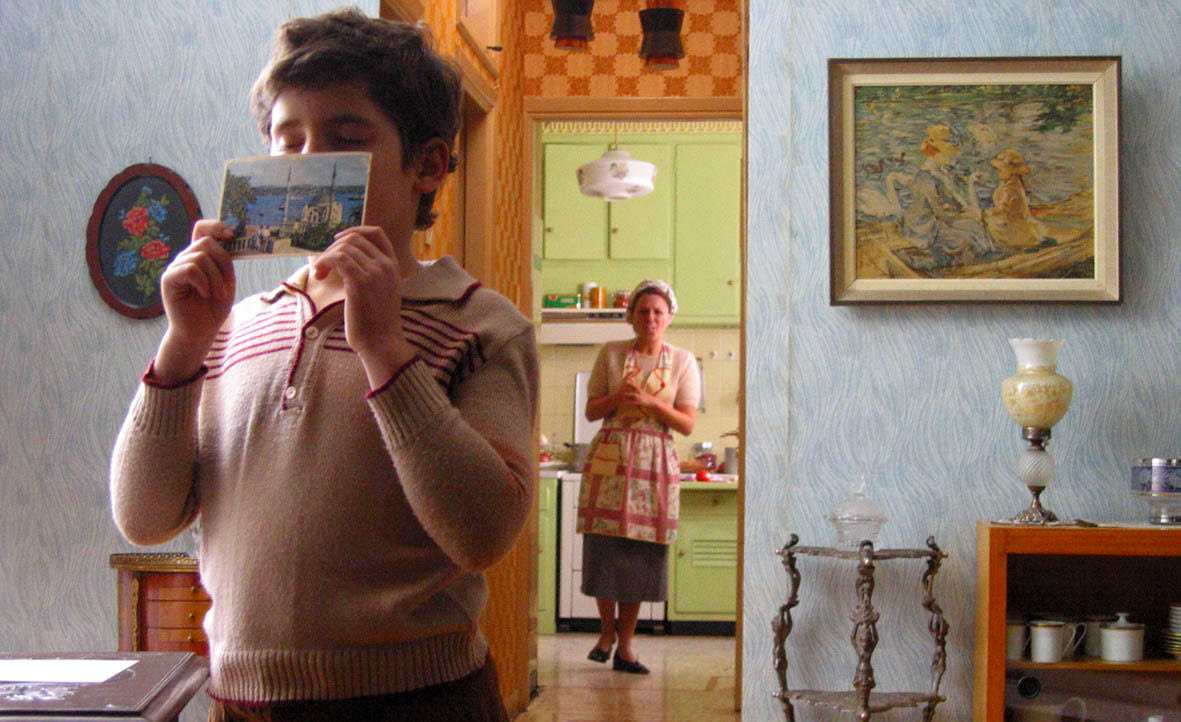 Film Screening | "A Touch of Spice"

Tassos Boulmetis said his film, “A Touch of Spice,” has the structure of a three-course meal, complete with an appetizer, main course and dessert.

The first two courses tell a story of nostalgia and cultural displacement, while the third diverges, embracing the fictional liberties of storytelling. The filmmaker, a UCLA alumnus and visiting faculty, will screen his 2003 film at the UCLA School of Theater, Film and Television’s James Bridges Theater on Wednesday, sharing his semiautobiographical story. “A Touch of Spice” tells the story of a Greek family living in 1964 Turkey that was forcefully deported to Athens, Greece, during a period of conflict between the two countries.

Boulmetis spoke with Daily Bruin’s Nina Young about the effects of relocation, finding a sense of belonging and the importance of maintaining cultural heritage through a universal passion – food.

Daily Bruin: How closely does the film’s narrative follow your own life?

Tassos Boulmetis: The first two parts of the film are my personal story, the third part is fiction. The appetizer is the first years of my life in Istanbul, when everything was truly beautiful. I had a good childhood in Istanbul, and I used to go very often to my grandfather’s grocery store and enjoy seeing him make transactions with his clients. … Unfortunately, because of the tension between Turkey and Greece, … around 50,000 Greek citizens of Istanbul were deported in 1964.

The second part of the film describes our arrival in Greece, and of course, with that double feeling. When we were kicked out of Turkey, we were kicked out because we were “Greeks” and when we arrived in Greece, we were welcomed as being “Turkish.” It is very important to mention here, there is no conflict between the people of the two countries. Greeks and Turks are very good friends, they get along well. The problem was between the regimes.

DB: What were some of the cultural struggles you and your main character, Fanis, faced in the move from Turkey to Greece?

TB: We were not accepted immediately and we were not embedded in the society; we felt like foreign bodies, we were displaced. When I walked in school the first day in Greece, all the rest of the kids – when the teacher came in – they stood up and said, “We have a Turk in the class.”

DB: Was making the film challenging for you, to reflect on these memories?

TB: Absolutely. I hadn’t been to Constantinople in 30 years, since 1964. I had been traveling all over the planet, but I hadn’t been back to Istanbul. After a professional crisis, a friend of mine suggested I go back, just to see what it looks like. In 1994, I went and that was the journey of my life. It started healing the trauma that I had because of the displacement. During that journey, I decided to start writing the screenplay of the film with the Greek title “Politiki kouzina,” which has a double meaning. The word “politiki,” depending on where you put the accent, has a double meaning (in Greek). … It means either cuisine of Istanbul or political cuisine. It’s a double meaning for the Greek-speaking audience.

DB: Did the background of the film’s actors matter to you when casting them, whether they were Turkish or Greek?

TB: I was looking for talent of course, but also, for specific roles, I was looking for people who could speak and understand Turkish. How I found the actor for the grandfather was very interesting. He was a very famous theater director, Tassos Bandis; I arranged a meeting with him in order to ask him to suggest some actors that had come from Istanbul in Greece. When I opened the door and saw him, I was paralyzed because he was exactly (like) my grandfather, and I said, “I came here for another reason but I really need you to take this part. … Would you be kind enough to read the script?” Two days later, I got a letter back from him, “I just read the first page, and if the rest of the script is like the first page, I will do the role!”

DB: In the film, Fanis cooks a lot to connect with his culture; is that a characteristic you share with your protagonist?

TB: Since I was a little boy, I was cooking with my mother and my aunts and their friends. It was a fusion type of cooking because you have the influence of all these cultures that existed in Istanbul – Arabic, Balkan, Byzantine, Ottoman. All of these cultures have been mixed into a beautiful cuisine, … and in all cultures, spice is a metaphor of making our lives interesting. The film (was) distributed in 45 countries, so in every single country they used the most favorable spice that is used in the territory. … In Spain, it was “Un toque de canela”: a touch of cinnamon. In Italy, it was “Un tocco di zenzero,” or a touch of ginger. The spice is a metaphor for having a life worth living.