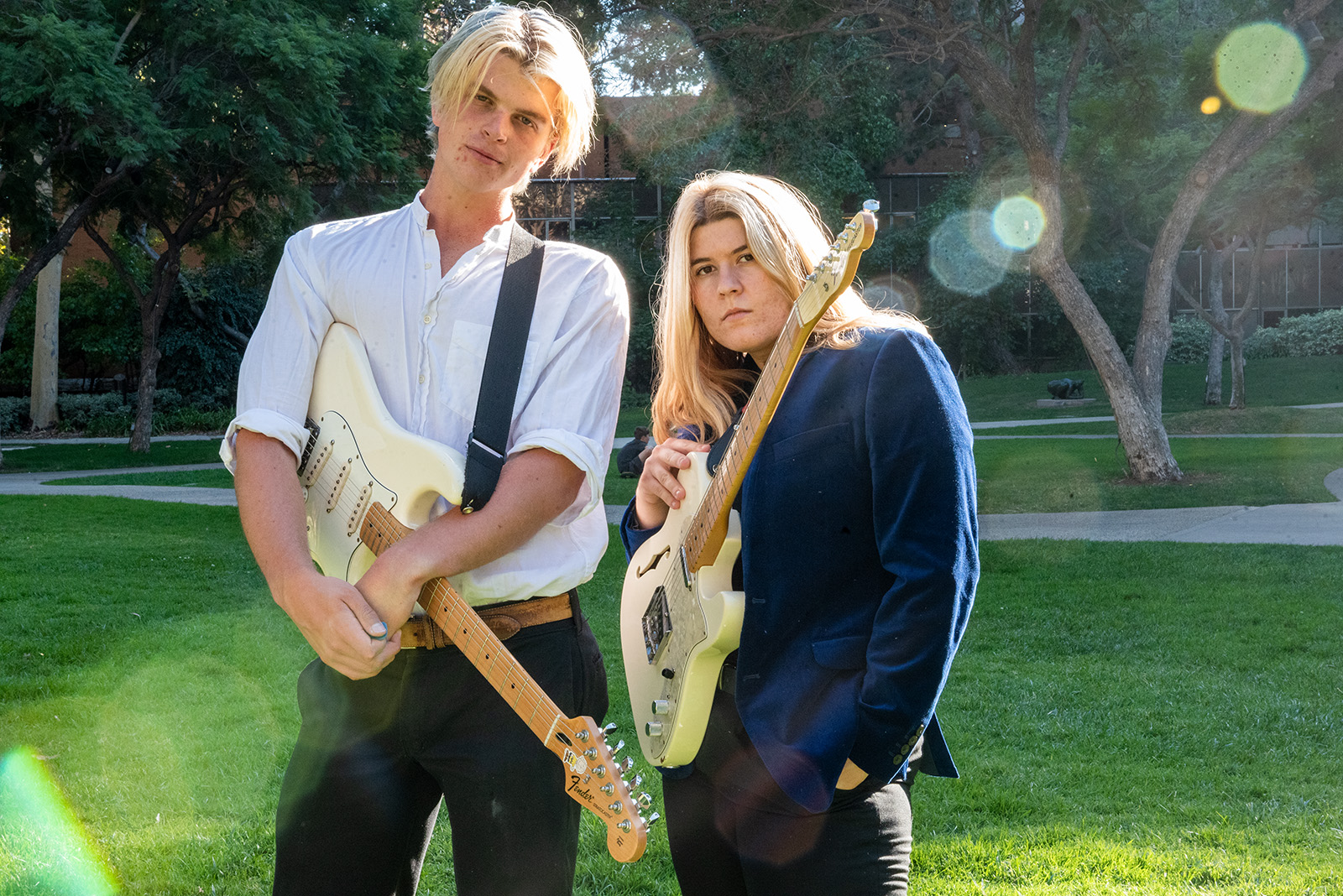 This post was updated October 30 at 11:23 a.m. to reflect the source’s preferred name.

The Stamp Collection performs all the instruments needed for its songs, even when neither member knows how to play one.

The band, comprised of Charlie Havenick and Ray Wilson, signed with Slam Jam Records this summer. The deal involved creating a forthcoming EP, “Philatelist.” But Havenick, a third-year comparative literature student, said the members negotiated out of their contract to work more closely on producing their own music. For The Stamp Collection’s release, which is slated to drop before December, Havenick said she recently revisited her experience with brass instruments to play trumpet on the recording even though she had forgotten the skill. Since they already provide all the instrumentals, she said it made sense for them to put the finishing touches on their own songs.

“We didn’t recognize that we were a project that should work independently,” she said. “We were looking for someone that we could trust to do our production, and slowly we started to realize that if we had a project where we played all the parts, … why wouldn’t we be doing the production ourselves?”

Each of the seven Slam Jam team members offers different skills to bands that fall under the label, from videography to bookings. Co-founder Lucas Nyhus said Slam Jam originally signed the duo under a contract to work on producing and promoting a debut EP. He said his experience playing in and working with bands on their projects made it easier for him to understand The Stamp Collection’s desire to produce their own music in a more hands-on manner.

“All of us play in independent bands generally around the California area,” Nyhus said. “We’re not businessmen, we’re pretty lenient. We let them go easy, and we’ll probably work on stuff together in the future.”

Without the help of a label, The Stamp Collection enlisted the production aid of Diego Patino, the drummer for a local band named It’s Butter. Wilson said both Havenick and himself take pride in being able to perform all the instruments on their songs and independently mix their music. But he said Patino’s help has ensured the recorded projects sound fleshed out and capture a live sound as well.

An additional bassist and drummer often lend their sounds to the live shows alongside the duo, Havenick said. The Stamp Collection’s music sounds best in a live setting, Wilson said, which they try to carry over in their recorded music. Producing the EP on their own also gave the members comfort in their sonic authenticity since they recorded the songs from their garage, he said.

“(Havenick) and I are very much go-getter types, so to be able to do all the work ourselves was a much better production cycle,” he said. “And it’s just all being tracked organically in our practice space, so it feels very natural and easy-going.”

[Related:Student taps into her nightmares for inspiration for her music]

Wilson said social media has become integral in gaining traction for the recorded project without Slam Jam’s promotional connections. While it’s been on a slight social media hiatus, he said much of The Stamp Collection’s growth has come from connecting to its online audience. Havenick also used social media to reach out and book live shows at venues like The Smell in Downtown Los Angeles, which they will play at Dec. 1.

The band has performed songs from “Philatelist” live for months ahead of the official recorded release. Havenick said building industry connections made such performances possible. She makes a point of talking to audience members after the shows, she said, and the LA indie scene often involves bands helping get each other booked. And since The Stamp Collection includes more players during live performances, she said the shows offer chances for the two-person EP to be fully envisioned.

“We’ve been playing our EP set list for four or five months now, so this is a pretty late release,” Havenick said. “It’s interesting to see how this theoretical band, or studio project, comes to life on stage when you have different people playing parts that I write for drums or parts (Wilson) writes for bass.”