Q&A: Actor and puppeteer discusses unique experience of portraying a monkey on HBO 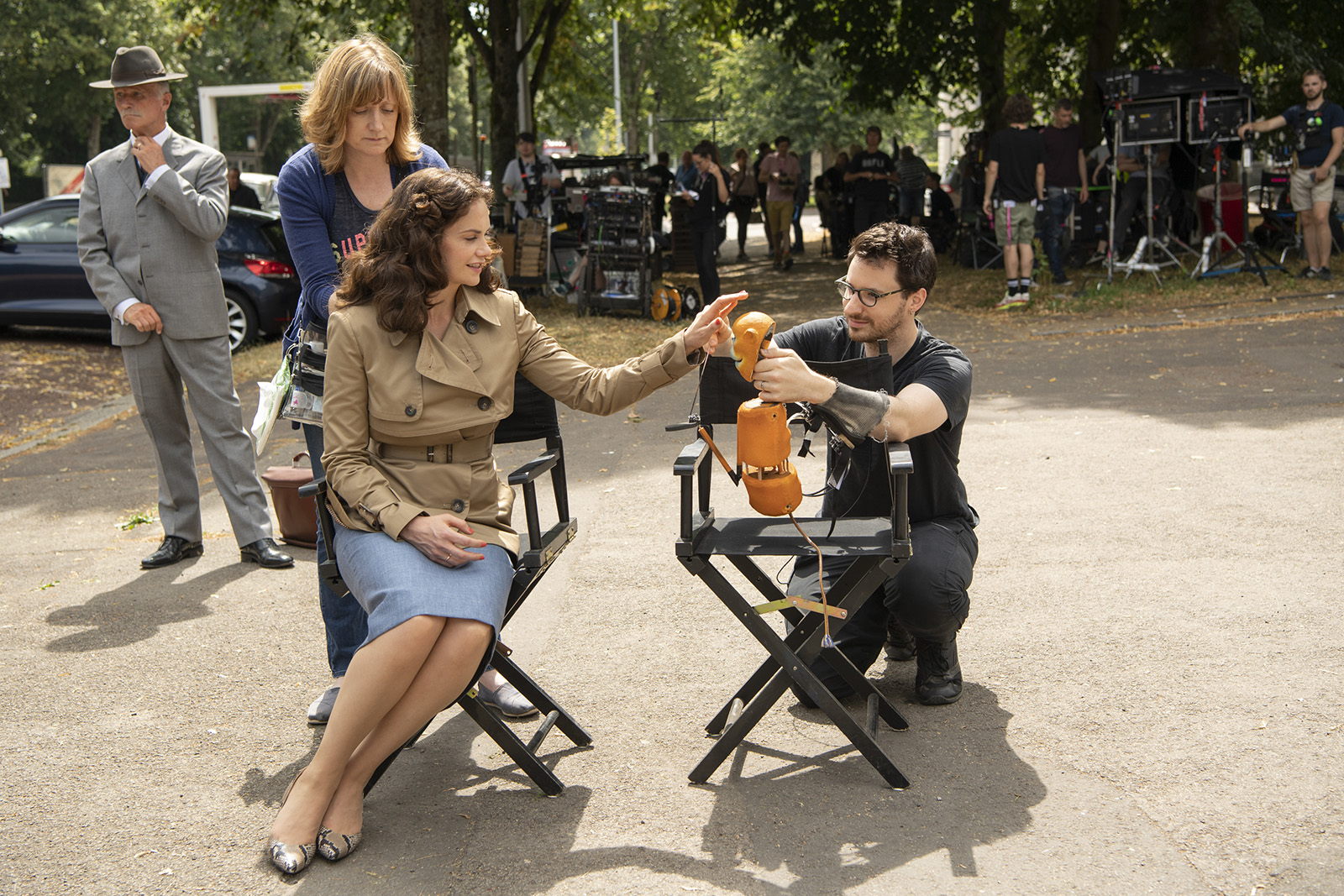 Brian Fisher is the puppeteer and voice actor for the Golden Monkey in HBO’s “His Dark Materials.” He works alongside Ruth Wilson to bring life to both her character, Mrs. Coulter, and her dæmon. (Courtesy of Alex Bailey/HBO)

Monkeying around on set is no laughing matter for Brian Fisher – especially when he has to screech like one too.

As the voice actor and puppeteer for the Golden Monkey on HBO’s “His Dark Materials,” Fisher said the role demands a willingness to feel silly on set as he mimics the sounds and breaths of a golden monkey. He said building the character, notably known as Mrs. Coulter’s (Ruth Wilson) dæmon, required not only puppeteering, but also working alongside Wilson to create a simian language.

Fisher spoke with the Daily Bruin’s Paige Hua about his process of working on set, collaborating with a special effects team and finding the perfect scream.

Daily Bruin: What were your first steps in researching and developing the character of the Golden Monkey?

Brian Fisher: I was pulled onto the project quite late compared to some of the other people, and I had pretty much a weekend before I started working with (Wilson). I started looking at simian movement, how monkeys interact with each other, how they deal with different situations. We started exploring the physicality of Monkey, looking at different emotional situations and how (Wilson and I) might interact with each other.

We began to play with what we call our “rule book,” which is a set of rules that we live by for public persona life (in the show). We started having crazy little phrases like “pretty picture.” Pretty picture is when we’re in public, we need to be on our best show, so Monkey is just looking absolutely beautiful, totally engaged and quiet. But then all these interesting things start to come up. What is it like when they’re alone? What are the struggles like between them? That was kind of the basis of where Monkey began to become a part of Mrs. Coulter.

DB: How does CGI work for the Golden Monkey?

BF: I really have to make sure that everyone understands how much work the Framestore and the visual effects side of things put into these characters, but there have been places where they have decided the take with me is actually more exciting because you can feel my presence. They’ve taken some of those shots and actually painted me out, frame by frame, and put the monkey where it needs to go. That’s a very laborious and expensive process, so they try not to do that. But I am always on set, and I am pretty much always right next to (Wilson).

DB: What was your process in voicing the Golden Monkey?

BF: What you have to practice is not feeling silly because it’s not the easiest thing to go on set with the puppet and then make all of these strange noises in front of people. But there’s a specific scream that Monkey does, which I tried to emulate as close as possible. I listened to a lot of different screams and kind of amalgamated them all into one that I could achieve.

Originally, they were going to use mostly sound effects for the monkey, but there were certain emotional states that they didn’t have. … They ended up calling me and asking me to do some more (Automated Dialogue Replacement), giving those different feelings and states of how he breathes. Sometimes he’ll have a kind of breath in the background, and that affects how Ruth is breathing. Sometimes she’ll slow her breathing and Monkey will speed up, and then she’ll have to consciously slow down, and then Monkey calms down. Or it’s the other way around. She’ll be very calm, and then Monkey begins to agitate her.

DB: Did you have any input into the building of the Golden Monkey puppet?

BF: I was there from the beginning, building it. A lot of our team builds and puppeteers, so it’s important for me to help the puppeteers have a say (in the making of the) puppet, because they’re the ones that are going to be on set puppeteering them. … We based (the designs) loosely in biomechanics, and we need to make sure they’re the correct size. … Golden Monkey is smaller than a full adult male golden snub-nosed monkey, but it fits better with Mrs. Coulter, and it fits within the world of who she is. It’s about finding the most ergonomic way for one person to puppeteer it because … that means that actors can build a relationship with the puppeteer, which is what we’re looking for. It’s that emotional connection.

DB: What can audiences look forward to in your character for the rest of the season?

BF: Be ready for a journey with Monkey. Philip Pullman has constantly said that the monkey is ultimate evil. However, I think the layers that we found within the monkey are something that will surprise people. The exciting thing is when you start to put yourself in Monkey’s position. It could be a very confusing situation because you don’t want to like the monkey, but there are times when you can’t help but see things from his point of view. Mrs. Coulter and Monkey will definitely take you on an exciting journey together.