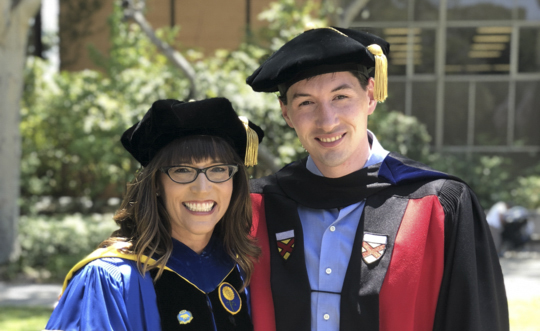 Two UCLA professors said they hope to gain a better understanding of American democracy with a nationwide survey leading up to the 2020 general elections.

The project, called Nationscape, aims to collect information on voter opinions leading up to the elections. Led by political science professors Lynn Vavreck and Chris Tausanovitch, the survey plans to interview 6,250 people each week through the end of 2020. Data collection for Nationscape began in July and will reach half a million people by the general election.

Vavreck and Tausanovitch partnered with Democracy Fund, a Washington D.C.-based political foundation, to design the survey. Lucid, a market research firm based in New Orleans, distributes the survey online.

What sets Nationscape apart as a national survey is its ability to measure voter data in weekly snapshots as the United States moves through the primary season into the general election, said Tyler Reny, a political science graduate student and project coordinator of Nationscape.

“We have the ability to, every single week, change the survey in ways we see fit to pick up whatever is in the news,” Reny said. “So when (Abu Bakr al-Baghdadi) was killed, we can plug in certain questions about that. And because every single week we are altering the instrument, we can get really up-to-date, fine-grain data on salient political events.”

The survey aims to produce large and representative samples of every congressional district in the country, Tausanovitch said. By conducting surveys within electoral districts, researchers will be able to better understand voter opinions and representation, he added.

In the survey, respondents are given two politicians running on opposing policy platforms, each of which has randomized stances on topical issues, said Alex Hayes, a political science graduate student and project manager of Nationscape.

This allows researchers to look at which issues are on the top of voters’ priority lists, Hayes said.

“We’re building these hypothetical politicians who have these random profiles to basically say, ‘So we know you like all four of these policies, but when push comes to shove, and you have to choose someone who actually disagrees with you on half of them, which policies are you going to value?’” Hayes said.

An interesting case of voter behavior was found in response to shootings in Dayton, Ohio, and El Paso, Texas, in August, Tausanovitch said. People’s opinions on gun control hardly changed at all after the shootings, but the extent to which people cared about the issue increased dramatically, he said.

“We don’t know what events are going to happen during this election, but we do know that we are in a tumultuous time in American politics,” Tausanovitch said.

Hayes said Nationscape creates a uniquely large database that could be used by future researchers since all of its data will be available to the public.

“Any researchers can look at it once it’s all gone through, and they can start answering questions that current data just hasn’t been large enough to answer,” he said.