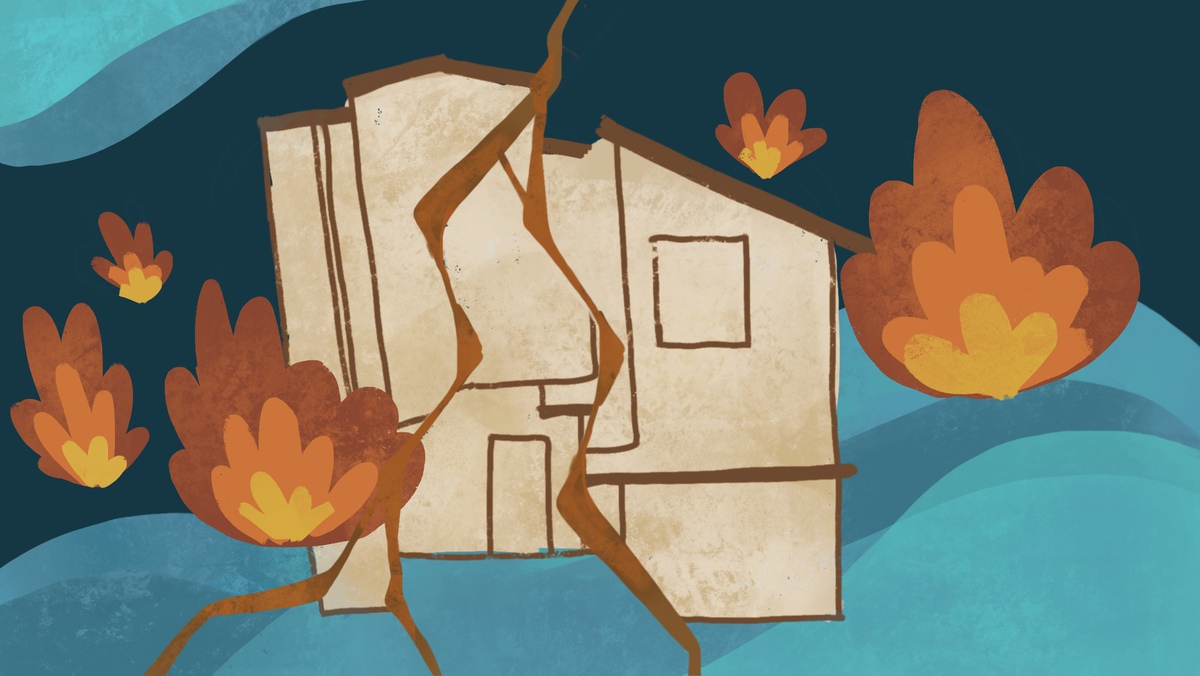 When a house in California begins to burn, there’s no running for the hills. There’s only building more homes in the same places that used to burn.

Last month, every corner of the state seemed to be ablaze – from the Getty fire only a few miles away to the Kincade fire terrorizing Northern California. And within the span of 14 months and six counties, nearly 21,000 homes were destroyed.

These areas are no strangers to disaster, with the Skirball and Tubbs fires causing massive destruction only two years ago. And that’s part of the problem. Despite those staggering numbers and a foreboding repetition of history, more homes continue to be built in the same high-risk zones for potential fires.

Unsurprisingly, voters no longer want to welcome these disasters into their front door. A University of California, Berkeley Institute of Governmental Studies poll found that across party lines, three-quarters of voters want to see housing development restricted in areas at high risk of wildfires.

And until state leaders listen to their constituents, legislators will only be playing a losing game of catch-up with disasters.

Instead of fining utility companies that sparked the fire or funding maintenance of overgrown vegetation, politicians need to realize Californian taxpayers will ultimately be the ones to pay for the cost of building and repairing their demolished towns. Balancing California’s housing and the climate crisis won’t be easy – but preventative strategies and smarter urban planning designed with natural disasters in mind will be much more feasible than addressing the financial, social and emotional costs of another devastating blaze.

Limited urban space has forced rising neighborhoods to sprawl away from major cities, instead developing between dense forestry and the ashes of once-bustling towns. With skyrocketing rent and rampant housing shortages, Gov. Gavin Newsom’s promise is to build 3.5 million more homes across the state within the next decade.

But building more affordable housing might be anything but affordable in the long run.

Stephanie Pincetl, professor-in-residence at the UCLA Institute of the Environment and Sustainability, says new housing developments built away from the urban core aren’t just costly – they can also be downright dangerous.

“Roads, water, power and other kinds of infrastructure aren’t a visible cost because it’s embedded in the cost of (subsidized) housing by the larger community of taxpayers,” Pincetl said. “And then there’s the possibility of exacerbating the possibility of (human ignited) fires – we need to grow up and be responsible for being humans on this planet, on how we build it and where we build it.”

Trying to build safety into the walls of a home comes with a hefty price tag. While tempered glass can cost four times more and fire-rated wood nearly double the standard, high labor, land and construction fees charged by counties and cities continue to drive prices up.

Yet, it will still be cheaper than addressing the aftermath – considering that the four most recent major California fires cost an estimated $25.4 billion in destruction.

Some students know these cost all too well, like Mercedes Allende, a second-year mathematics of computation student, who has been under evacuation notice three times in the past few years over faulty utility lines.

“Just a few weeks ago my family was under evacuation notice again, but for people who have lived there for years, it’s not sustainable to just leave,” Allende said. “It all started with the power lines, if they had been serviced, it wouldn’t have been an issue.”

It’s something a busy college student doesn’t think about until it strikes home – whether that be hundreds of miles away, or just across the 405.

Magali Delmas, a professor at the Institute of the Environment and Sustainability at UCLA and the UCLA Anderson School of Management, experienced the chaos of the Getty fire firsthand and says that these dangers need to be accounted for if new housing is going to be built.

“We didn’t know where to go in the middle of the night, so we took the family to the Anderson school where they have faculty lounges and there were three other families already there,” Delmas said. “Imagine when we remodel or build new homes that we have requirements that power lines need to go underground – there are actions we can take, and we’re not.”

Either housing developers push to build away from city limits to get cheap materials and accessible permits, putting residences at direct threat of fire, or the state continues to suffer with widespread housing insecurity.

Or, we can think about our urban landscape with modern concerns in mind – moving away from decades of old zoning and development policies to include pertinent threats to Angelenos today.

“We need to realize that the single family zone was an artifact of the period of time,” Pincetl said. “We built an urban form predicated on an enormous amount of abundance, and that is no longer the case in the 21st century.”

Some may argue against restricting development where there seems to be an abundance of land and opportunity – especially powerful housing development corporations and those who own them. But the monetary gain will only go so far when all that money burns up.

Sure, revitalizing decades of zoning laws won’t be easy or come without political gridlock.

But it’s not about building less or more – it’s about building smarter. California can’t withstand earthquakes, rising sea levels and continued fire seasons if cities aren’t designed to withstand them. Changing zoning laws and forcing housing developers to mandate fireproof requirements will be costly, but it’s a price insignificant to the homes and lives wrecked by crises that could have been mitigated.

Housing isn’t something Californians take for granted – building more homes is a priority for us all.

But those homes mean nothing if they leave residents without one when the next disaster strikes.