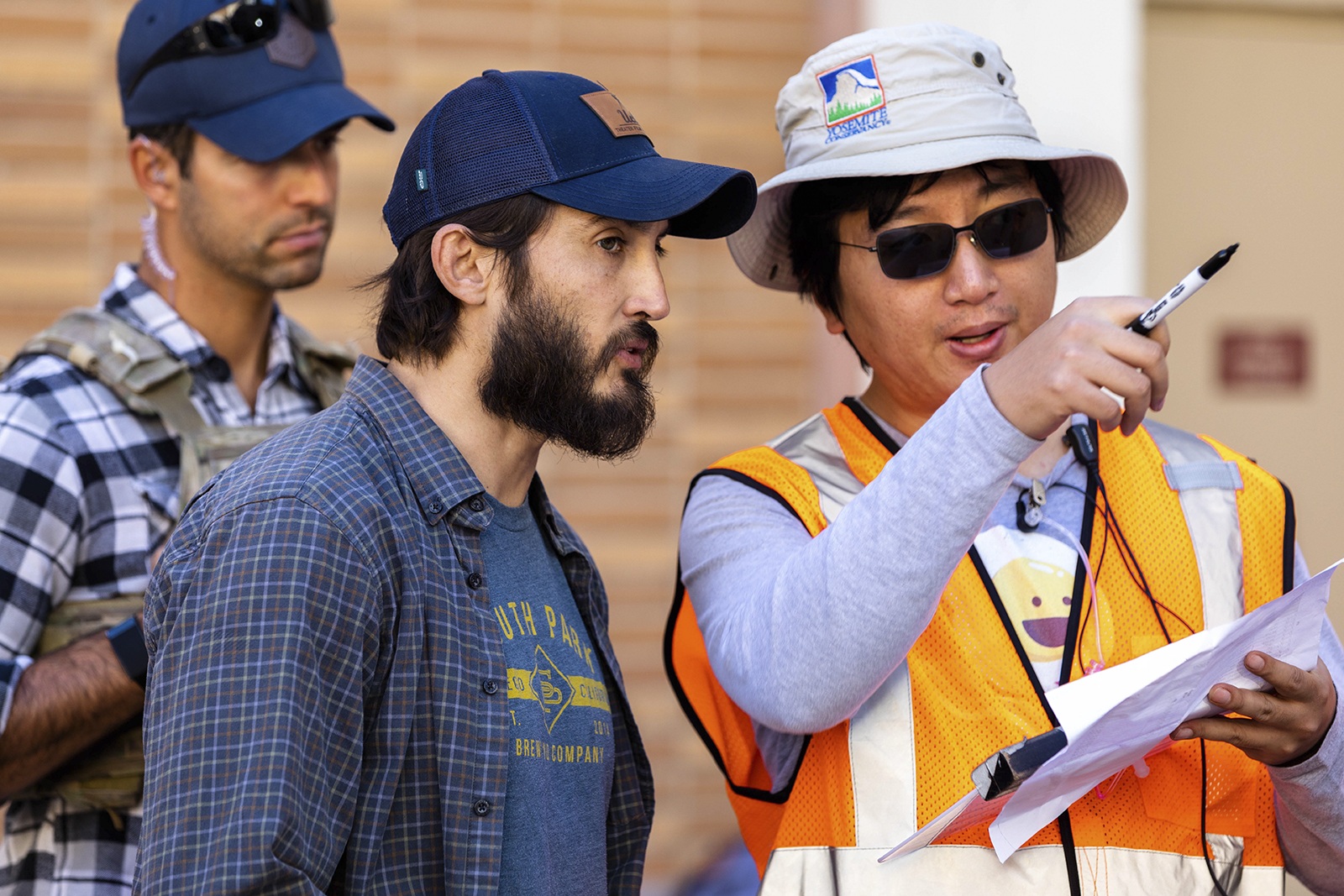 Justin Garza, a graduate student in the UCLA School of Theater, Film and Television, said he filmed his project “Operation West” over a period of seven days and that it is a thriller fueled by powerful action shots. (Jintak Han/Daily Bruin senior staff)

A mass shooter and CIA operative begin to unravel a deep-rooted government conspiracy in an upcoming two-minute short film by Justin Garza.

Filmed over a period of seven days in early November, the writer, producer and director Garza said his film, “Operation West,” will be energetic with an intriguing conclusion. The film follows Dan Kerry, a CIA operative, who, in arranging a clandestine meeting with the mass shooter, Alexi Kolemasov, uncovers a large-scale government conspiracy. The graduate student in the UCLA School of Theater, Film and Television said he aimed to create a thriller, which he will achieve via powerful action shots that push his characters into conflict.

“(These action scenes) involve a lot of big moving pieces as opposed to two people sitting on a bench and you having a camera,” Garza said. “I really wanted to get the big, dynamic feel with cars moving in and out, and that’s really the reason why I chose this script out of the two that I had sitting in the wing.”

While using a mass shooting as the impetus for the plot, Garza said the audiences should not focus on that part of his movie too heavily because that is all it is – the setup. He instead wants people to be invested in the character development and unexpected twists and turns. Therefore, instead of pressing an agenda on any side of the political spectrum, Garza said he would prefer to have his audience be intrigued by a fictional government conspiracy that could potentially occur.

At the heart of the intrigue is Dan, played by Richard Milanesi. As a Vietnam War veteran himself, Milanesi said he has been in similar situations as Dan which allowed him a way into his character. He said he is familiar with the discipline of having to execute orders under stress while maintaining a moral compass, which Dan has to do in “Operation West” after being ordered to kill Alexi.

Dan is battling with his moral compass since he’s faced with making a morally ambiguous decision in the name of the greater good. That moral negotiation and sacrifice is something Milanesi found himself holding onto as the core of his character, he said.

“You make a deal with the lesser of two evils to beat the bigger threat at the time,” Milanesi said. “In that way, you relate to that as a CIA operative where you have to take somebody out. You kind of have to make a deal with yourself in order to get to the greater good.”


Along with Dan’s inner struggle, Garza said his other objective was developing quality action scenes for the film. He said this led to an even greater reliance on his cinematographer, graduate student Giovanna Molina, to ensure the audience can feel fully immersed while not becoming discombobulated.

Molina said she took inspiration for “Operation West” from the 1974 movie “The Conversation” for its depiction of surveillance and paranoia, which act as guiding themes in the short film. However, she said her most difficult task was creating the desolate yet lively visual tone Garza’s film demands.

“I’m trying to depict a vulnerable yet empty landscape and how that will affect the characters since that’s what the story is about,” Molina said.

For Garza’s film, the empty landscape built by Molina is meant to be reflective of Alexi, who Dan discovers is just a lost soul being manipulated by the government. In this sense, Garza said Molina’s work as a cinematographer is essential to his portrayal of characters who are simultaneously powerful and vulnerable.

The core of these characters and their developments are the most important component of his film, Garza said, as he hopes to deliver a short that is both action-packed and climactically surprising.

“I want to open people’s eyes to what others are capable of, what the government is capable of,” Garza said. “I want them to walk away thinking it could happen.”