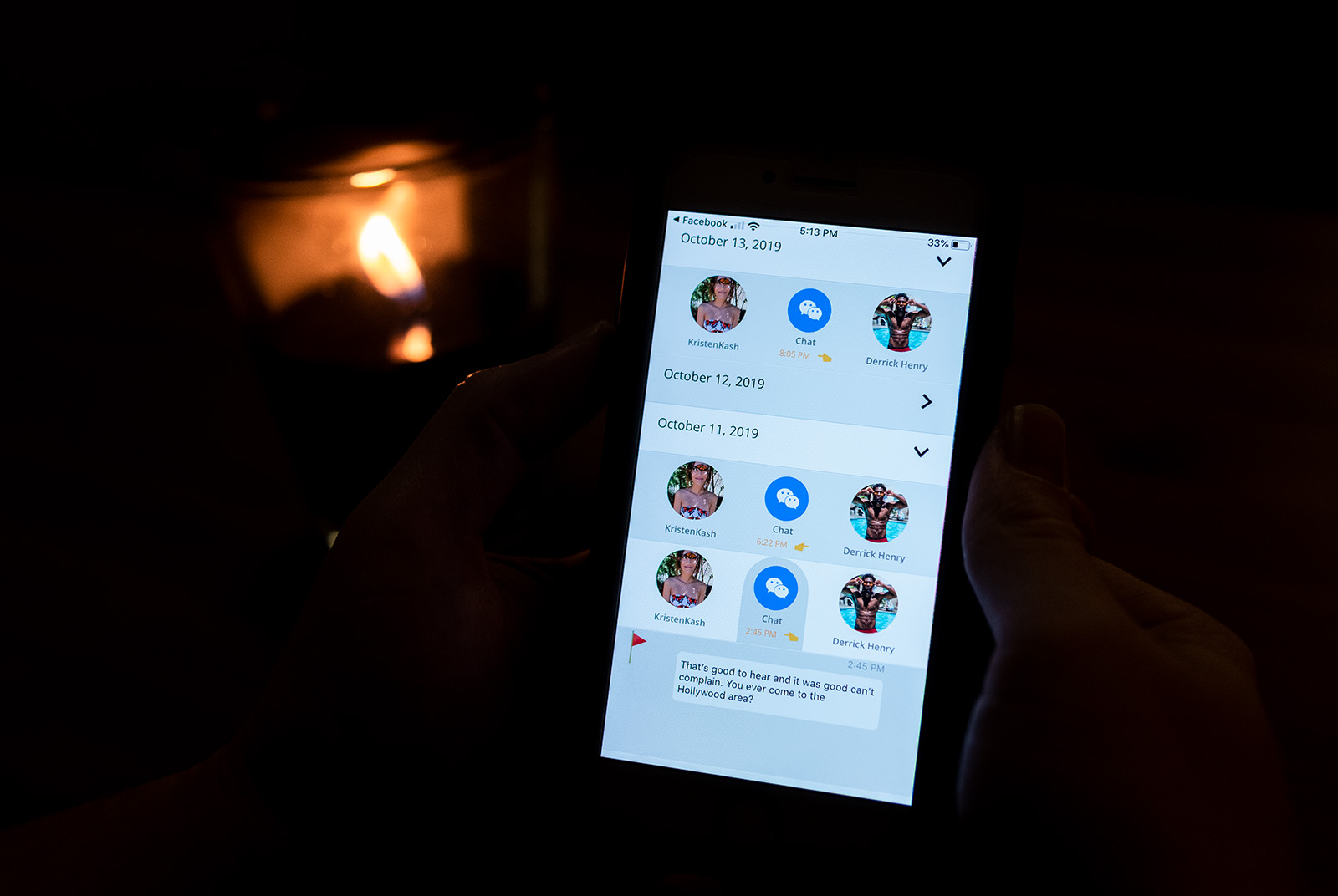 SEEN Dating aims to increase transparency in the world of dating apps. Like most dating apps, users swipe right to match with people. However, on SEEN Dating user’s text messages and video chats are on display on their profile. Founder Michael Montgomery said this encourages openness and creates more honest interactions. (Daniel Leibowitz/Daily Bruin staff)

SEEN Dating has users swipe on matches – and read their conversations.

Much like other dating apps, the users of the newly released SEEN Dating app swipe to match, and can also message and video call, said founder Michael Montgomery. But with SEEN Dating, Montgomery said the exchanged text messages and video calls are then posted onto users’ profiles and made available for others to see.

“If you can actually listen to someone speak … (and) listen to them riff with someone else before you’ve actually made even the commitment of the first hello, it stands to reason that it’s going to be far more likely that the two of you are going to like each other,” Montgomery said.

Having the messages and video calls of a user be transparent is a polarizing concept, Montgomery said. People may initially find the idea of the app to be intrusive, but he said users have control of their content on the app and can remove items off their profile. The app’s openness is intended to hold users accountable as they interact with others, Montgomery said.

People on SEEN Dating can be “followers” who view and consume content from others, he said. Another aspect of the app is being a “featured dater,” which Montgomery said are the app’s favorite daters. SEEN Dating social media strategist and featured dater Cami Petyn said seeing other’s calls and messages informs her decision on who to match with, as she can get a sense of a person before they first say hello.

“You create more genuine connections because you get to see who the person really is before you talk to them,” Petyn said.

Featured daters can go on dates to restaurants that are partnered with the app and have their interactions, Montgomery said. Cameras will pop up from a module built by the company to record the dates, he said. Recording the dates provides an extra layer of content, Montgomery said, with the footage being featured on the profile.

Third-year English student Laura Rosen said she believes it’s easier to go on dating apps than form a connection with someone in real life because people are apprehensive of approaching others in person. The idea of recording dates is unconventional, she said, and may lead to feelings of discomfort. Rosen also said she is unsure if she would like to have her conversations with matches be public on a profile.

The purpose of dating apps has strayed away from people looking for long-term relationships and more for short-term flings, said fourth-year psychology student Chinwe Idika. Recording dates of people is absurd, Idika said, and she believes people can be apprehensive about having their romantic history public to others. Despite SEEN Dating’s attempts at transparency, Idika said this approach isn’t the right one.

“I think it’s intrusive because those kind of exchanges are really intimate and I feel like that’s overstepping a boundary on the app’s part,” Idika said. “I think that those kind of conversations should be kept private because I think that kind of diminishes the essence of intimacy that you would get from those exchanges.”

However, Petyn said the app’s transparency keeps people accountable and creates a more respectful environment, as she believes users won’t send unsolicited photos or be rude to their matches. Having her messages and video calls be public to other users at first seemed bizarre, Petyn said, but she now believes it shows she has nothing to hide.

“Anything that I’m going to say to somebody else on a dating app is something I’m OK with being publicized,” Petyn said. “If someone is worried that what they’re saying is going to be publicized, most of the time it’s something that they just don’t want to be shown.”