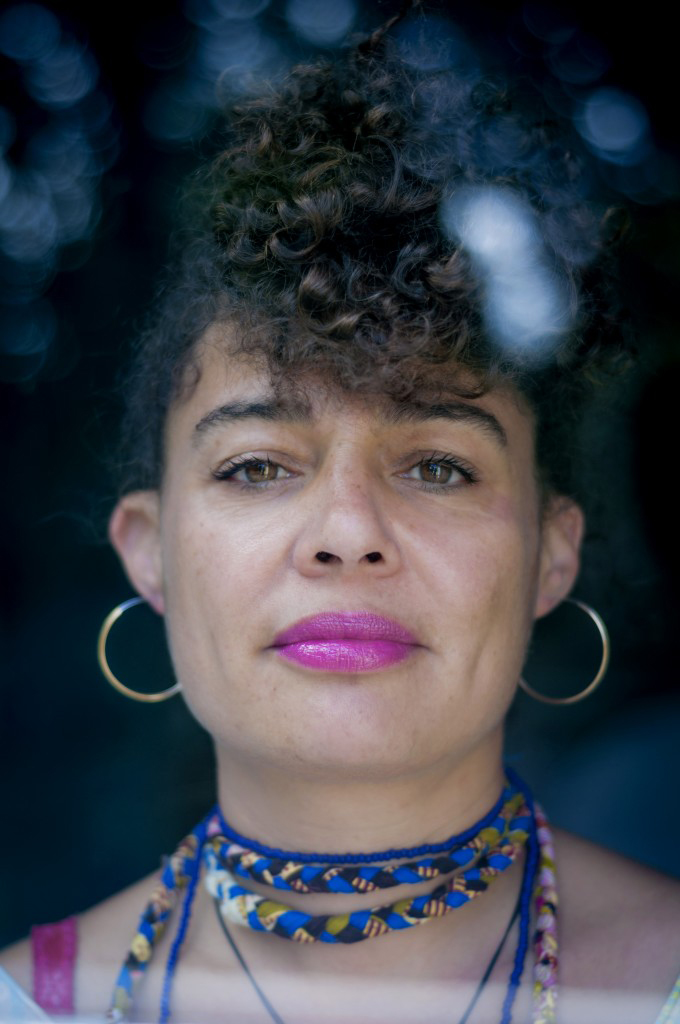 Karen McCarthy Woolf is UCLA’s new poet-in-residence and Fulbright All Disciplines scholar. She will lead workshops with the Promise Institute for Human Rights where students discuss how poetic storytelling deepens the connection between law and human rights.(Courtesy of Karen McCarthy Woolf)

Karen McCarthy Woolf believes poetry is an activism of the heart.

When combined with the knowledge of law, she said it can also become a conduit for exposing the voices of the unheard.

McCarthy Woolf, UCLA’s new poet-in-residence and Fulbright All Disciplines scholar, said she strives to engage with both poetry and activism during her year in Los Angeles. Coming from the United Kingdom, McCarthy Woolf said she will interact with students of the UCLA School of Law’s Promise Institute for Human Rights through workshops, as they discuss how poetic storytelling deepens the connection between law and human rights.

“I think that the Promise Institute is really reimagining how human rights function in the 21st century,” McCarthy Woolf said. “What are human rights now? We have so many challenges, so much complexity. … What can poetry’s knowledge stream bring into this space that maybe law doesn’t allow or cannot allow for?”

Collaborating with the Promise Institute is far from her first experience with interdisciplinary media, as McCarthy Woolf previously joined forces with filmmakers and musicians to enact social justice interventions. In 2016, McCarthy Woolf partnered with the National Maritime Museum in London and explored ideas like migration in Europe. Through poetry, she said she challenged the harmful discourse in British media surrounding immigration leading up to the Brexit referendum. This exercise helped expose the political demonization of those communities, she said.

Growing up with activist parents, McCarthy Woolf said human rights issues have rarely escaped her work, as she has written about problems of migration, homelessness and urban gentrification in her hometown of London. While McCarthy Woolf’s first book dealt with bereavement following the passing of her child, her second poetry collection, “Seasonal Disturbances,” dealt with more universal human losses, such as environmental damage, she said. Poetry is a space for working through moments of both trauma and celebration, she said, and witnessing social justice questions creatively will be a goal when connecting with the Promise Institute students and their projects.

“(The law) needs certainties,” McCarthy Woolf said. “(Lawyers) need to draw a line, … and so I’m interested in what happens at that line: How can poetry be part of capturing stories, capturing experiences, capturing emotions as well as capturing factual information?”

McCarthy Woolf said she hopes to engage law students by forensically investigating texts. Together, they will examine legal documents – in particular the documents relating to bail bond law – and draw out words and phrases that could then be shaped into poetry.

“We might work with text. … We might work in a community setting and talk to lots of people and then write things up,” McCarthy Woolf said. “Sometimes we might do what would be called ‘ventriloquist work,’ where people tell you their story and then you write into that voice. … For me, poetry is something that doesn’t always take place in a book.”

Jessica Peake, assistant director of the Promise Institute, said that McCarthy Woolf’s work, which deals with the movement of people across borders, is very much in line with the core principles of the institute. The Promise Institute has always represented the interconnection between law and human narratives, Peake said, as it got its start from proceeds from the 2016 film about the Armenian genocide, “The Promise.”

“Obviously, being a lawyer is basically being a storyteller. Everything you’re doing in court and in filings is telling a story to advocate for your client. But often lawyers don’t think of themselves as storytellers,” Peake said. “We’re really trying to get our students to think more broadly about the work they are doing and how they can use innovative storytelling techniques to improve the ways in which they communicate.”

[RELATED: Lecturer repurposes Romance languages to reflect on its meaning in poetry book]

Associate English professor Brian Kim Stefans said legal storytelling through abstract poetry could be difficult, as lawyers might not want to mystify subjects or stories. However, the poetic mechanisms of logic and its relationship to oral speech could help with the practice of law, he said. Understanding how to compress topics into succinct discourse and create deft tonal changes are valuable for every interdisciplinary medium, he said.

Outside of meeting with students, McCarthy Woolf will work on a literary project discussing safe spaces, called “Alt-Shift.” This work will examine the implicitly paradoxical spaces in society that are safe for some but unsafe for others, such as the sea – a place of personal comfort for her but a place of terror for European migrants in unsound vessels. McCarthy Woolf said poetry can address traumas that legal systems might not, creating a sense of catharsis through art.