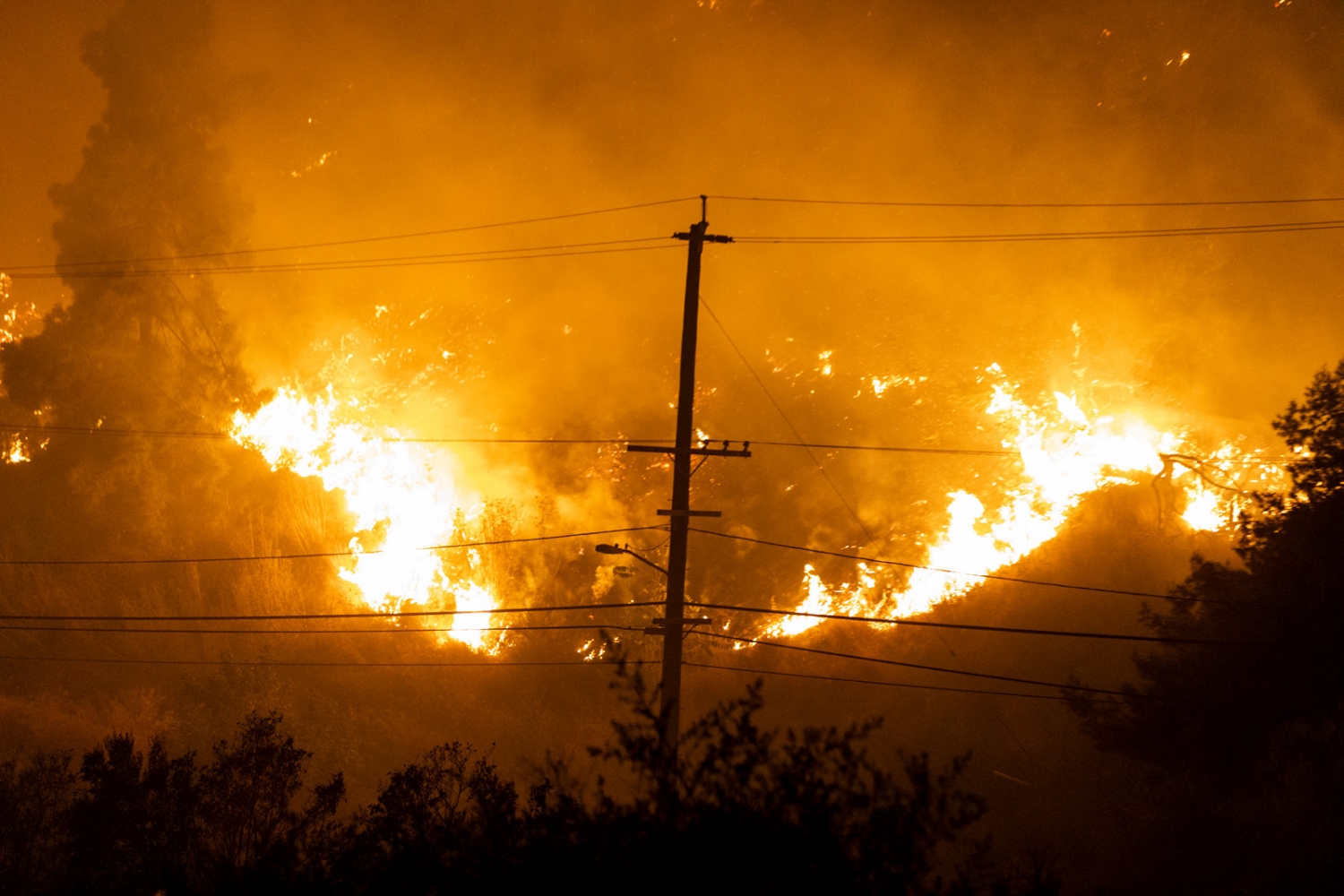 A flying branch likely sparked the Getty fire when it crashed onto nearby power lines on Sepulveda Boulevard.

The branch likely broke off during high wind conditions and landed on the power lines, causing sparks and arcing to ignite a nearby bush, according to an investigation by the Los Angeles Fire Department Arson/Counter-Terrorism Section.

The 656-acre blaze, which erupted early Monday morning, is only 15% contained and prompted residents west of the 405 Freeway to evacuate in the dead of the night. Investigators used burn patterns, witness statements and physical evidence to determine the cause.

Video evidence provided in an LAFD alert showed a flash of light along the 405 Freeway that could be seen by drivers passing by. The fire originated at the 1800 block of North Sepulveda Boulevard, right next to the 405 Freeway and around 2 miles from campus.

The power lines at the origin of the blaze are still on the pole and the branch that landed on it was found by investigators.

Investigators reported no evidence that the fire was intentionally set or caused by a homeless encampment, a common cause of blame for recent fires.

Around 1,165 firefighting personnel are continuing to fight the blaze under favorable wind conditions Tuesday. However, more high wind conditions and low relative humidity is anticipated Tuesday night, prompting concerns that the winds could fan the flames and send embers flying.