Movie review: ‘Dolemite Is My Name’ has strong cast but is undercut by lack of sensitivity 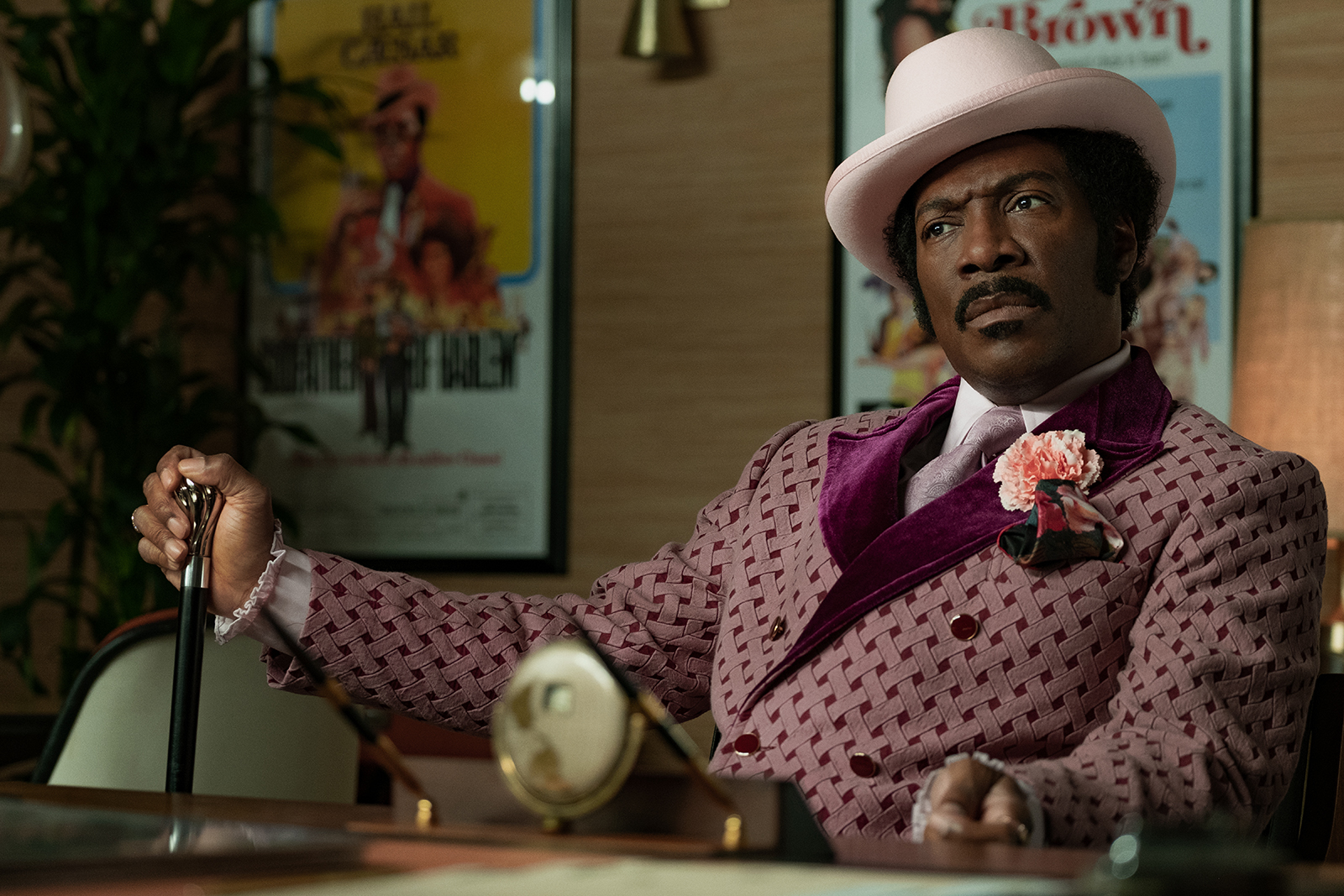 "Dolemite Is My Name”

Eddie Murphy is his name and making funny but irreverent movies is his game.

“Dolemite Is My Name” portrays the rise of influential blaxploitation filmmaker Rudy Ray Moore (Murphy) from “Black Snake Moan” director, Craig Brewer. “Dolemite Is My Name” tells the tale of Moore, a comedian turned movie maker as he struggles to gain fame in 1970s Los Angeles by embracing the persona of a rhyming, extravagantly dressed pimp named Dolemite. After years of little success as a musician, Moore is a washed-up, middle-aged performer working at a record store trying anything he can to increase his fame beyond the bounds of his neighborhood club. But after transforming into Dolemite, his popularity soars as high as his comedy albums on the Billboard charts.

It’s all too appropriate that Murphy takes on the role; the luster of his own stardom has faded in recent years, but in “Dolemite Is My Name” Murphy returns to his element, dishing out expletive-laced insults and remaining stubborn in the face of adversity. “Dolemite Is My Name” is the first R-rated feature Murphy has starred in since 1999 in “Life,” and his deft execution of the part evokes nostalgia for Murphy’s less-savory comedies like “Trading Places” and “Beverly Hills Cop.” His performance is one of the movie’s highlights, as it was a treat to see Murphy perform in the way that first made him famous decades ago.

The surrounding cast helps ground Murphy in this 70s reality as well, with the likes of Craig Robinson, Tituss Burgess, Keegan-Michael Key and Wesley Snipes all shining in supporting roles. “Empire” star Da’Vine Joy Randolph, in particular, plays an exceptional part as Lady Reed, a comedienne Moore finds on a stand-up tour early in the movie. Lady Reed eventually co-stars with him when Moore begins his first feature film. As stellar as the cast may be, it isn’t enough to save “Dolemite Is My Name” from relegating itself to biopic tedium.

The making of that first feature is the primary struggle of Dolemite who, unsatisfied with the modicum of celebrity he’s achieved, enlists his friends to produce his first full-length feature film. Funding, technical and distribution problems crop up, but it’s all standard fare for a biopic with a creative lead. Moore’s struggles will be familiar to any viewer who’s seen “Bowfinger,” “Ed Wood” or any other movie about making movies; it’s a difficult process but is far from remarkable. It’s not surprising, though moderately inspirational when Moore risks destitution in order to finish his film.

The irony is that destitution is where “Dolemite Is My Name” began. Moore’s identity as Dolemite was created as he copied the behaviors and jokes from a man who is homeless, who comes asking for money at his original record store. Later, Moore is left bartering with the owner of a near-condemned hotel full of squatting people who are homeless to turn it into his production studio. The only condition, Moore says, is that he has to “clear out the junkies” himself.

While Moore succeeds in this task, the storyline’s tone-deafness is enough to make any socially aware viewer realize that although the plot of the film centers around a struggling performer pitted against a resistant industry, the people who are exploited the most in this film are given the least credit. Only in the first 10 minutes is there any time devoted to the fact that Moore essentially stole the identity of Dolemite, and the “junkies” who are cleared from the hotel aren’t given any lines at all.

In fact, so much of the movie is spent with Murphy as Moore disparaging how the industry has mistreated him, expounding the ways in which it does not afford opportunities for an artist like himself. Even Lady Reed expresses her appreciation to Moore for putting someone on screen who looks like her. It’s a touching moment that alludes to what Moore’s work means to a great number of artists who consider him an influence. But it’s a shame that what could have been a fulfilling tribute to a subversive black filmmaker has instead become a typical Hollywood tale.

“Dolemite Is My Name” could have been an inspirational story of a struggling artist and his rise to prominence. Instead, its lack of sensitivity reduces the film’s hero to an ambitious entrepreneur who profits off the less powerful with zero accountability.