The Quad: Quick pickling is the i-dill method to relish some vegetables 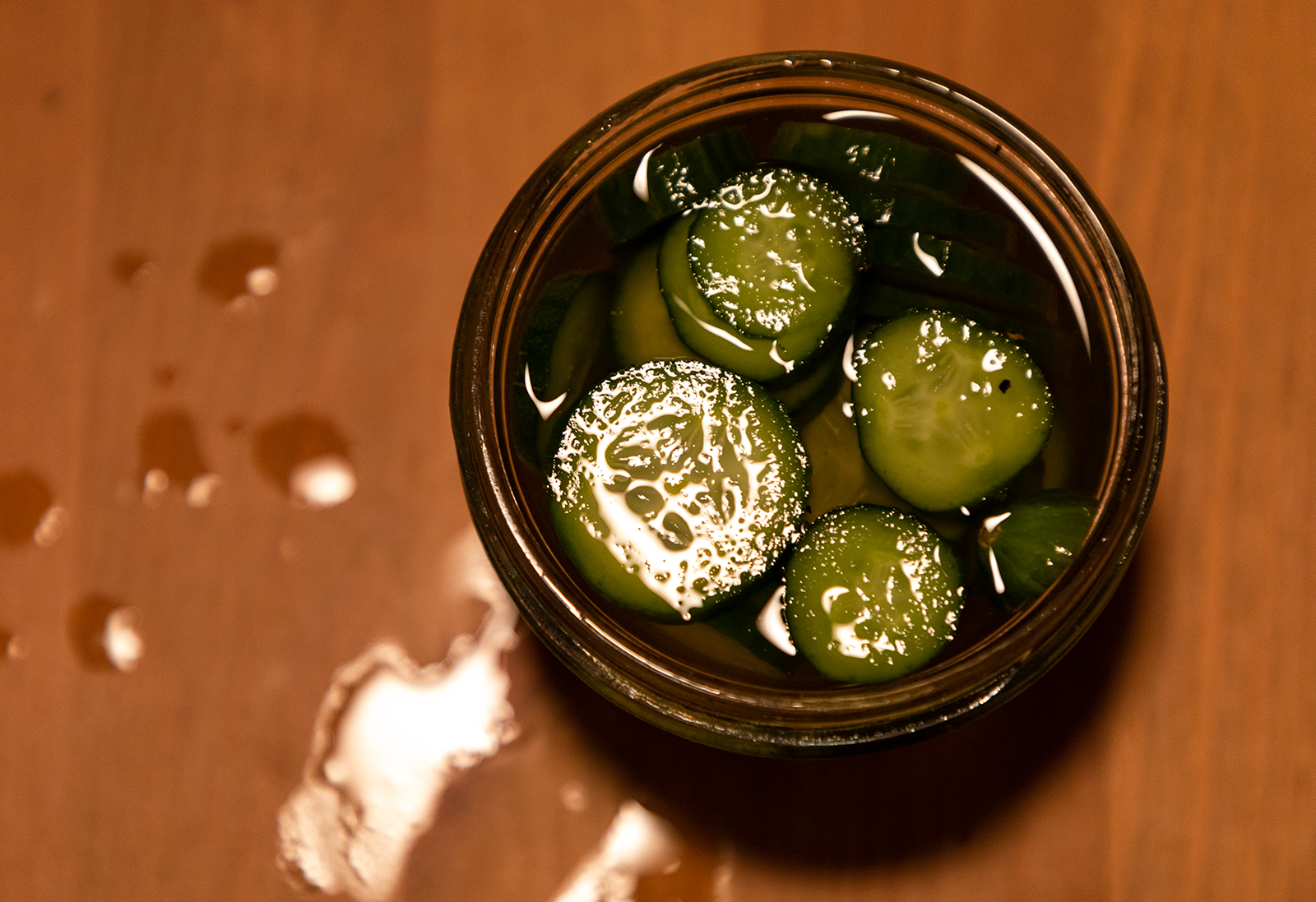 Since childhood, I’ve always loved a nice, crisp dill pickle. This love is well-documented: on my bedside table at home sits a framed picture of three-year-old me clutching a half-eaten fermented cucumber the size of my arm.

Fermented foods from dill pickles to sauerkraut to kimchi have such a dynamic quality to them – they can be the star of a meal in dishes like kimchi fried rice, or they can sit in the background, lending a tangy flavor profile and some textural intrigue to even the blandest of sandwiches.

But fermentation is a tricky beast, most often left to professionals and large-scale manufacturers. After all, how can a home pickler tell whether or not their pickled goods are fermenting properly or just rotting and spoiling for months at a time?

Here, we’ll explore the history and science behind pickling vegetables and talk about a method that allows home chefs to mimic those flavors in just a fraction of the time it takes to properly pickle something – a method most commonly known as quick pickling.

What’s in a pickle, after all?

In the simplest terms, pickling is simply a method of preserving foods for long-term use. It’s a callback to the days before refrigeration, when we couldn’t simply keep our food fresh by keeping it at a constantly cool temperature – like other methods of preservation like drying and salt-curing, pickling has been a staple method of food preparation since the early days of agriculture.

According to the New York Food Museum’s pickling timeline, the first pickles were produced way back in 2400 BCE, in the Tigris River Valley. Interestingly, pickles have long been considered a health food – Cleopatra credited her infamous beauty to a diet rich in pickled goods, and Aristotle also wrote about the healing potential of fermented cucumbers.

You probably won’t want to swap out your Glossier products for a jar of Vlasic dill pickles though, no matter how strongly Cleopatra endorsed them.

There are a number of different pickling methods, but the main goal of each is to produce an environment that makes it difficult or impossible for bacteria that might cause spoilage to live and reproduce. Lacto-fermentation is one of the more primitive methods of doing so. Essentially, pickling vegetables with this method relies on “good” bacteria to eliminate the “bad” bacteria ,which can cause food to spoil.

In the case of lacto-fermentation, this good bacteria is Lactobacillus, which converts lactose and other sugars into lactic acid. This lactic acid not only a produces a nice tang, but it also keeps the pickling solution at a low pH. This acidic solution helps to breakdown the vegetables, giving them a softer, almost “cooked” texture, while also killing off any bad bacteria that might cause spoilage.

Lacto-fermentation can definitely take a while, but it’s the process that produces the richest, most savory pickles. You can also use vinegar or salt to pickle goods without Lactobacillus, but this is one of the earliest pickling methods.

So, what’s a quick pickle?

Quick pickling takes a lot of the uncertainty out of the whole pickling process.

Making your own pickled goods at home requires a lot of equipment – and not to mention, plenty of trial and error before you get the technique down pat. While making fermented foods at home can be a fun and interesting experiment, it takes a lot of time and research to make sure that you’re doing it safely.

Traditional pickling can take weeks for the final product to be ready. Quick pickling, on the other hand, takes about 15 minutes for the flavors to develop. Instead of undergoing the fermentation process, quick pickling works more like a marinade – acidic liquids like vinegar and lemon juice create a sour, tangy flavor that mimics the lactic acid produced in lacto-fermentation, and can also break down the cellular structure of the vegetable in much the same way as longer methods do – albeit, to a lesser extent.

Quick pickling is a simple way for students to get the classic flavors of a good, homemade pickle without having to put in too much work. The Quad’s guide to quick pickling below tells you just about all you’ll need to know to make it work, but essentially, you’ll want to combine some sort of acid with sugar, salt and seasonings of your choosing. Then, simply marinate some thinly sliced veggies – from cucumbers to carrots to radishes, and the world is really your oyster.

Quick pickles will last for around a week in your fridge and you don’t have to worry nearly as much about learning all of the proper mechanics, so they’re the perfect way to experiment in the kitchen and add a nice zing to your next meal.