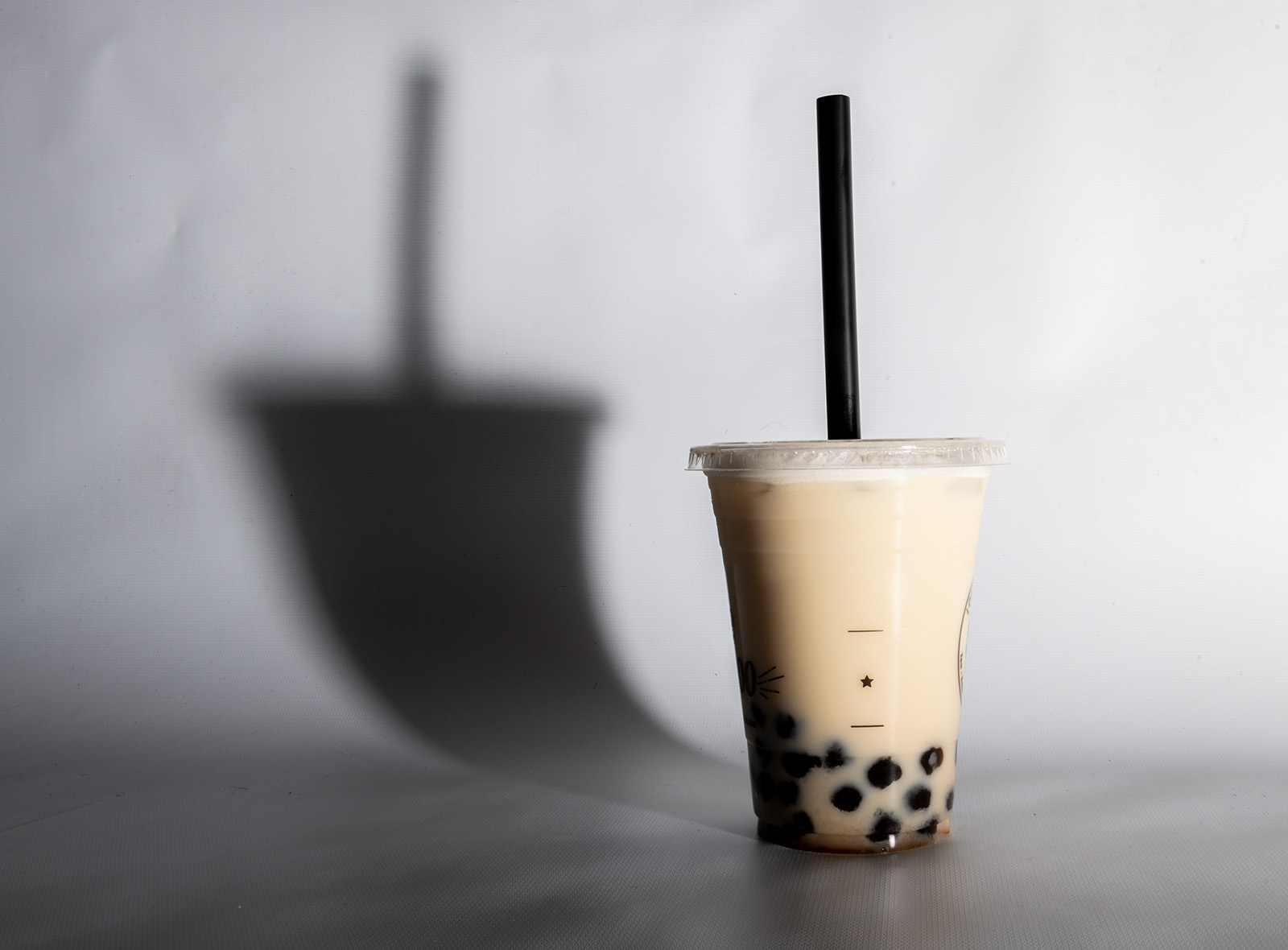 Boba Watch is an app developed by three students in order to track boba consumption. What started out as a joke on the Facebook group “subtle asian traits” eventually grew into a full-fledged project that tracks users’ boba expenses as well as the location and time of each purchase. Through the use of a playful aesthetic, which includes light pink, the app appeals to the millennial and Generation Z demographic. (Niveda Tennety/Assistant Photo editor)

People can now gauge their boba addictions and share the results with their friends.

What first started as a joke about the tea-based drink eventually evolved into a full-fledged software project. Boba Watch is an app designed to measure one’s boba expenses. Initially designed at LA Hacks 2019, an annual hackathon at UCLA, Boba Watch allows users to record their boba purchases and includes details such as cost, location and time of purchase. Users can also set monthly limits regarding how often and how much they spend on boba. The app was developed by computer science students Alexander Chen and Ryan Yang, as well as third-year psychobiology student Callista Wu, who is the Design director for the Daily Bruin.

Chen, a fourth-year student at UCLA, said the idea for the app came from the “subtle asian traits” group on Facebook. At the time of the hackathon, Chen said several members in the group would post memes involving lists or spreadsheets of their boba expenses. With new drink shops opening and spreading across major cities globally, the idea for Boba Watch began as an extension of these posts, Chen said.

“Boba has become so popular … and I guess (it’s) a part of our identity as Asians,” Chen said. “Since all of us have that in common, we’re going to make memes about it.”

Chen said he worked on the back-end development of the project, which involves storing and communicating the user’s data to the app. Initially, Chen said he wanted to post Boba Watch on “subtle asian traits” toward the end of LA Hacks, since the hackathon had prizes for projects aimed toward a Facebook community. However, because of the long approval time from the group’s moderators, Chen said the team decided to put off the app’s public release.

To make Boba Watch viable for the public to use, Chen said some changes had to be made. During the hackathon, Chen said he implemented a database for Boba Watch to store user information, such as total money spent and number of drinks purchased, using Structured Query Language, a computer language. Since SQL databases have more components that need to be managed, Chen said this type of database was slightly more difficult to maintain. After the hackathon, the computer language Boba Watch used was changed to be compatible with Google’s Firebase, a type of database that does not require SQL, making it less expensive and easier to maintain. Additionally, Chen said features such as time of purchase and a share link were later implemented into the app.

[Related: The Quad: Astrology app breaks down what’s written in the stars in the palm of one’s hand]

Ryan Yang, a third-year student at UC Irvine, said they also needed to improve the app’s security before releasing it. Since Boba Watch requires a Facebook account to be used, Yang said he wanted to remove any software vulnerabilities through which a user’s personal information from their Facebook profile could be compromised. However, Yang said he dealt with front-end development during the hackathon, which focuses more on the app’s design and presentation. Because he was less experienced with back-end development and unfamiliar with SQL, Yang said he redid much of the app’s code to use Firebase, which was easier for him to understand.

Though creating Boba Watch involved many technical hurdles, the team had to account for the app’s overall design. Justine Du, a third-year cognitive science student and director of design for LA Hacks, said she appreciated the developers’ goal to appeal to the “subtle asian traits” page for their hackathon project.

Yang said he wanted to create a project that took that concept of boba expenditures a step forward by making it easier to maintain such records.

“People strive for this kind of relatability aspect, just because ultimately we all want to be a part of a group,” Du said. “We want to be funny, we want people to like us and I think this was a perfect medium to kind of do it.”

The team turned to a cute aesthetic to increase its appeal, Du said. The use of a light pink and orange gradient in the app, Du said, was appropriate for establishing the app’s tone, playing toward a millennial and Generation Z demographic. She said pink evokes a sense of playfulness and joy, while orange expresses spontaneous creativity and a youthful energy. From a technical standpoint, Du said Boba Watch was also consistent with most finance and budgeting apps, in which the total expenses are the first thing visible to the user.

Since being posted on “subtle asian traits” on Oct. 8, Yang’s post announcing Boba Watch has received over 5,000 reactions and over 6,000 comments, with the app having over 4,000 registered users. Yang said he thinks the large response to Boba Watch is due the sense of camaraderie it evokes in the Asian community, in which boba is a staple.

“It also expresses our individuality in a sense,” Yang said. “Everybody has their own favorite drinks, their favorite stores. So being able to display this … and show people, it’s rewarding.”