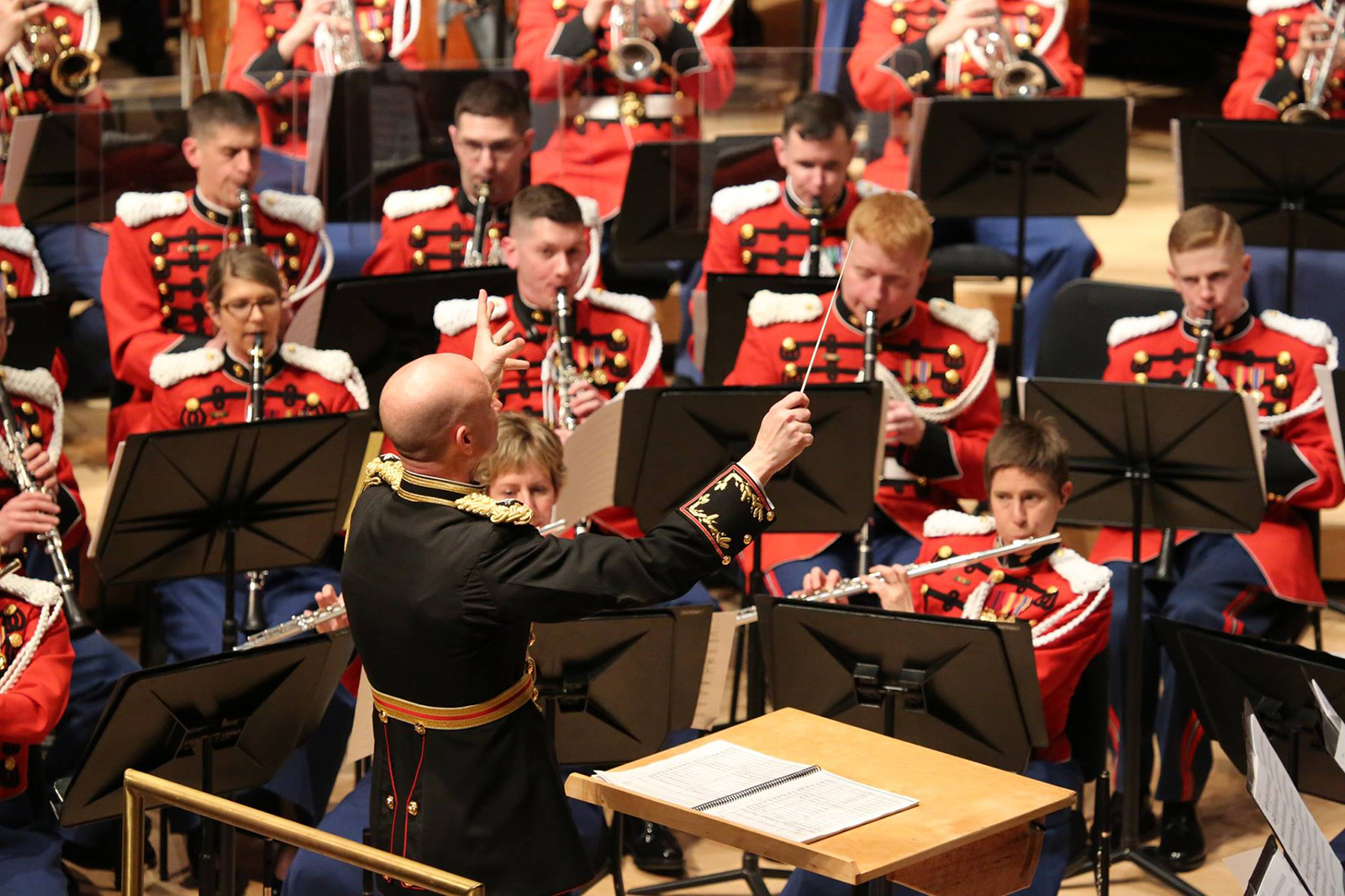 “The President’s Own” United States Marine Band provides music for the president of the United States and the commandant of the Marine Corps. It will bring its music to Royce Hall as a part of its “National Concert Tour.” (Courtesy of Marine Band Office of Communication)

“The President’s Own” United States Marine Band was formed by an act of Congress signed by former-President John Adams in 1798. Since then, Gunnery Sgt. Brian Rust said the musical cadre has been providing music for the president of the United States and the commandant of the Marine Corps. The band is made up of active-duty members of the Marine Corps, and a member of the band’s office of communications said the Royce Hall performance is the first time it’s played not only at UCLA, but in the state of California in 10 years. Traditionally, the band only tours one region of the contiguous U.S. per year, he said, so it could be another decade before they return to the West coast.

“(When) we played at Royce Hall in 2009, … it was an amazing concert, a beautiful hall,” Rust said. “We were definitely looking to try and play there again, … and it worked out really great.”

The touring tradition began with the band’s most famous director, composer John Philip Sousa, said current director Col. Jason K. Fettig. Throughout most of the year, the band is based in Washington, D.C., and typically plays at the White House and other local venues. However, Sousa originally felt the band’s musical talents needed to be shared with as many people as possible and took the band on a nationwide tour, Fettig said. The band toured sporadically over the next few decades until the end of World War II but has continued touring every year since 1946. Of all his duties, Fettig said touring with the band is his most treasured.

“To go out night after night and perform for people all across the country, to see and hear and feel that electricity that happens in that room every night, is something unlike anything else I’ve experienced as a professional musician,” Fettig said.

As the band’s director, Fettig said one of his responsibilities is to arrange the musical lineup for each concert. The lineup he designed specifically for its UCLA performance includes several pieces from composer John Williams, who scored soundtracks such as “Jaws” and “Jurassic Park,” he said. Fettig said given Williams’ connection to the film industry in Los Angeles, it felt appropriate to play his music while in the city.

The band will also perform a piece previously composed by Williams for the band’s 215th anniversary in 2013 called “For ‘The President’s Own.'” The song highlights each instrument section and pays homage to the steady, sweeping Sousa marches of the band’s history, Fettig said. A few former Marine Band members who currently play in the LA Philharmonic’s trumpet section will also join the Royce Hall performance to play “Bugler’s Holiday,” a horn-heavy song by Leroy Anderson, he said.

“There is something special about playing music in these communities,” Fettig said. “(Having) a chance to experience all these different people from different backgrounds coming together for those two hours to celebrate our nation, … that never gets old for me.”

[Related: Art to Heart: UCLA’s characteristic architecture looks to the past, illuminates value of learning]

Amid the performance, the program will also highlight two of the band’s current members who are LA natives. Staff Sgt. Parker Gaims and Gunnery Sgt. Tessa Vinson – who are from Reseda and Santa Monica, respectively – will be recognized at the concert. Gaims said he’s excited to play for his family and friends who might otherwise never get to see him perform with the band.

“It’s one of those circumstances in which your life kind of feels like it’s come full circle,” Gaims said. “I’m excited to show what I do in my musical organization.”

Vinson, an oboist and English hornist, will also serve as the soloist for the concert. She said the Marine Band demands musical versatility: One night she might be playing in a jazz ensemble, the next night in the orchestra. Though she enjoys every performance, Vinson said soloing is an entirely different practice for her, as it requires a fuller range of her musical abilities. She said she doesn’t get the chance to solo often when she’s performing in Washington, D.C., but this tour has afforded her the opportunity to do so in front of her parents, old friends and former band directors.

Leading up to the Marine Band’s performance Wednesday, Vinson said the acoustics of Royce Hall separate it from venues the band has played throughout the rest of its tours. Gaims said one of his favorite parts of the programs is toward the end when the band plays the “Armed Forces Medley” – a combination of the songs of each branch of the U.S. Military. As the song echoes throughout the venue, members of the audience who served in each branch are encouraged to stand when their service’s song plays, Gaims said.

“It’s always very moving to see the audience reaction to that piece and to see veterans get recognized,” Gaims said. “I always look forward to that.”