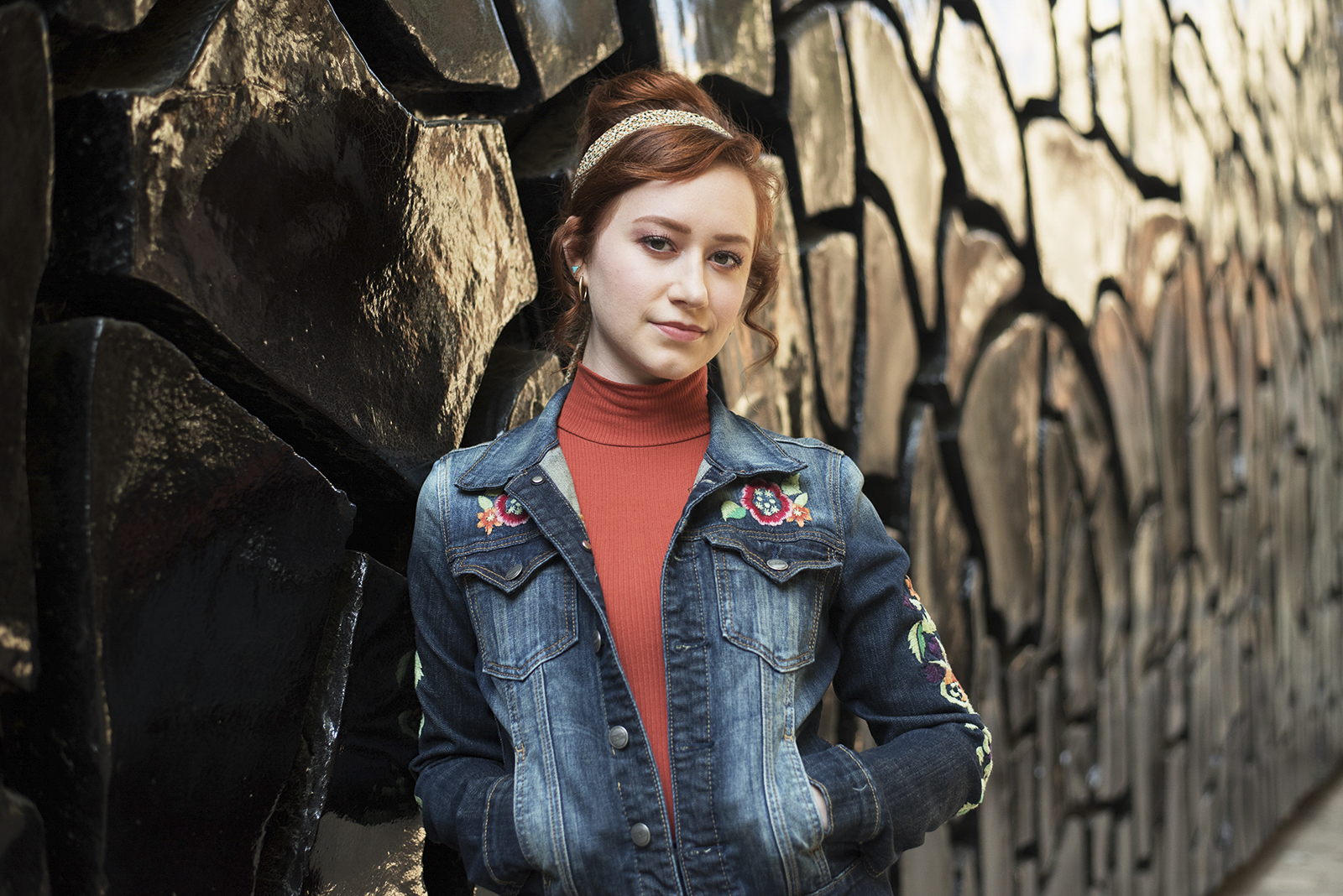 Third-year English student, Conner Wharton, co-wrote the short film “Ladies Most Deject” which is set in Central Appalachia. When filming in Central Appalachia, Wharton said she was inspired by the region’s drug crisis to create the narrative of her project. The plot of the film follows main character Charlie along with her three siblings, who all live in a storage unit to hide from their mother. (Joe Akira/Daily Bruin staff)

Conner Wharton’s film depicts people sheltered in a storage room after running from a mother dealing with addiction.

Filmed in June 2018 and set in Central Appalachia – a region dealing with one of the worst drug crises in the nation’s history – “Ladies Most Deject” was co-written by the third-year English student and will premiere at the LA Femme International Film Festival on Oct. 18. Wharton also portrays 17-year-old Charlie in the film, who cares for her three younger siblings when her mother, who has a meth addiction, leaves them to fend for themselves.

Wharton said she was inspired by the people she witnessed experiencing the drug crisis in Central Appalachia and in America overall.

“I’ve grown up with friends, classmates and family members whose lives are very much reflective of the repercussions of substance abuse that’s depicted in our short,” Wharton said. “(This) shouldn’t be wrapped in past tense because it’s ongoing. It’s the worst drug epidemic in modern history but the termination of it is no where in sight.”

Knowing the reality of Central Appalachia schools influenced Wharton’s main narrative line of the film, said alumna and director Martha Elcan. The director said the film follows Charlie and her three siblings who, in an effort to evade their mother, find refuge in a school storage unit that has been converted into a shelter by a local high school teacher.

Wharton first began writing her script as a freshman at UCLA and eventually joined voices with Mark Salyer – who is also from Central Appalachia and Wharton’s co-writer. Wharton was a student at a local arts organization in Central Appalachia where she met Salyer. His production company, Appalachia Right At Ya Productions, operates in Los Angeles, which allowed them to work on the screenplay together while Wharton was still in school.

Wharton said she and Salyer met once a week over the span of three months to write the screenplay. She specifically looked to the school teachers from her hometown, as she said they witness the consequences of the drug crisis firsthand.

Children in the area often seek refuge at local schools when their situations at home become too unstable because of parents who misuse drugs. As a result, school teachers offer storage rooms and classrooms for shelter under-the-radar even though it is against school policies, Elcan said. Wharton said teachers are the first people to notice the signs when children are dealing with such influences back home.

Not only that, but Wharton said because of the intimacy of a school setting, teachers are also able to see the effort and intelligence in children that can often go overlooked by other adults. This relates to how a teacher offers Charlie and her three siblings shelter in her classroom just because of the pure coincidence of encountering them when she is leaving school to go home.

“The story came from talking to educators there who are now having to be social workers instead of just teachers,” Elcan said. “They’re finding themselves trying to help these kids get into a safe situation since so many of these kids are combating these horrible situations at home.

Elcan said teachers’ help – such as overnight shelter – is only a temporary solution for helping children. Children in this area are often innocent victims in America’s drug crisis, which is why Wharton said she wanted to explore their stories. Children in these areas are often being raised by not only their siblings but also their grandparents and teachers, Wharton said.

But despite following a specific narrative, Salyer also said it was important to make the screenplay and film relatable to audiences who are unfamiliar with these types of situations. The story emphasizes the intimate and familial bond between Charlie and her siblings on screen by having them rely on each other to make it through their unstable lives at home. This gave the film a universal familial theme, Salyer said, rather than simply sending a message about the drug crisis in America.

“(We had) to be careful not to make (the film) into something that seems like an after-school special or public service announcement,” Salyer said. “You want it to feel honest and real.“

To make a more relatable story, the film doesn’t solely focus on the nitty gritty of addiction, as Wharton said she wanted to portray common occurrences in people’s lives. The experiences of having a difficult time in high school or witnessing other students’ unhappiness because of their home lives are experiences most people can relate to, Wharton said.

As she explored this Appalachian family, Wharton said she wanted viewers around the country to have a better understanding of how drug addiction impacts people. The drug crisis is not unique to Appalachia, she said, and she aimed to highlight the prominent issue throughout America.

“If someone did not know America was going through the worst drug crisis in modern history, then I hope the short accomplished that or at least starts the conversation or (encourages) someone to research how bad of a shape America is in,” Wharton said.