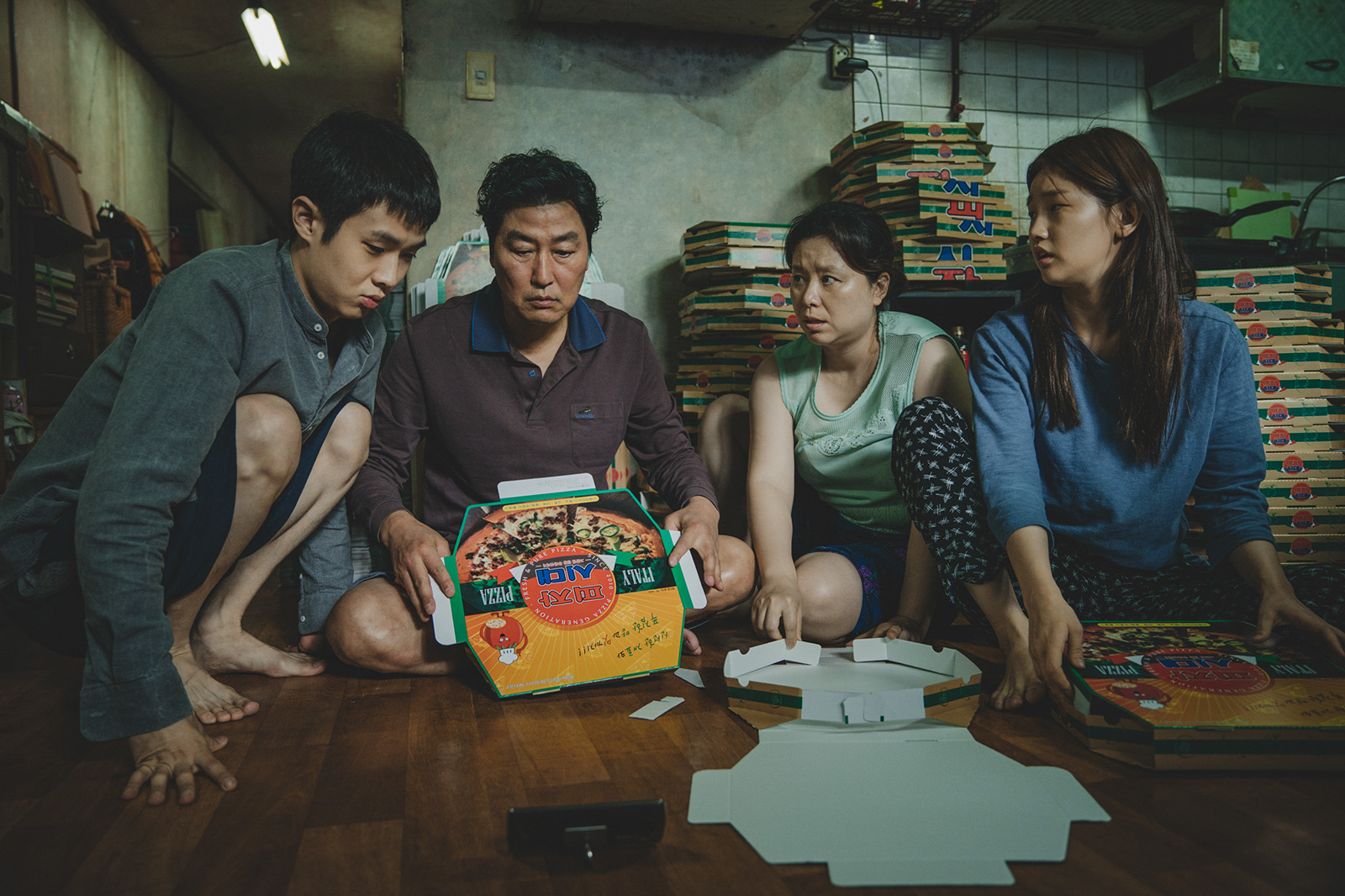 Fall releases “Joker” and “Parasite” at first don’t seem easy to compare, but a closer examination of their blood-soaked scenes reveals a shared theme beyond deadly violence.

The pairing of “Joker” and “Parasite” seems appropriate when one considers the social commentary woven within the drama of a well-known struggle: low-income survival. The protagonists in each film are living an austere existence, devoid of both physical and emotional security. The films divide themselves in tone and setting; “Joker” is set primarily on the garbage-filled streets of a gritty 1970s-era Gotham City, and “Parasite” is split between a modern posh upper-class Korean house and a basement apartment.

Critics have lauded Todd Phillips’ “Joker,” based on the DC Comics character, but the film has been mired in controversy over its handling of violence. After its premiere at the Venice Film Festival, many critics praised the story but felt the film irresponsibly portrayed the evolution of its central character from an innocent “nice guy” to a perpetrator of violence. The Joker, a famous Batman villain, has a history of compelling and controversial portrayals, most notably Heath Ledger’s in 2008’s “The Dark Knight.”

Joaquin Phoenix expertly plays Arthur Fleck, a man dealing with his mental illness, unemployment, the care of his elderly mother and the scorn of a man who might actually be his father: Thomas Wayne, playing a Trump-like businessman running for mayor – not to mention he’s also the father of Bruce Wayne. But when Arthur becomes the Joker, he isn’t simply a “nice guy” who lashes out at everyone who he thinks has wronged him.

He is an apolitical agent of chaos like his previous incarnations; he doesn’t even seem to recognize the social ramifications of his actions as they course through Gotham City. His final assassination of a late night TV host seems motivated more by the potential fame than the desire to incite violent societal resistance. “Joker” is a cautionary tale; in a world where people who need help don’t get it, they will demand it with blood.

The violence of “Parasite,” by contrast, is all sharp edges. Its violence is both physically and emotionally cutting; knives are used in favor of guns, which you won’t see at all in this Korean drama. Director Bong Joon-ho, known best in North America for his sci-fi drama “Snowpiercer,” weaves a tale of sociological duplicity that, for most of the film’s run, remains bloodless. The physical violence of “Parasite” is only matched by the emotional upheaval it evokes from the characters.

Both films boil down to a similar argument: Wealthy people have too much, and the rest of society suffers because of it.

The central character of “Parasite” is Ki-woo, a young man who helps his poor Korean family pull the ultimate con on the wealthy Park family by strategically hiring each of his family members to serve the socialites under pseudonyms. Their hoax becomes far from harmless, however, when the Parks’ former housekeeper reveals she is sheltering her husband, Geun-se, in the Parks’ concealed basement.

When Geun-se escapes the basement and stabs Ki-woo’s sister in the middle of an extravagant birthday party, the ensuing violence is just as chaotic as that in “Joker,” albeit on a smaller scale. The undercurrent of class conflict percolates when Ki-woo’s father, Ki-taek, plunges a knife into the heart of his employer, recognizing that the real enemy was a wealthy man who saw his servants as less than human.

[Related: Second Take: ‘Supernatural’ leaves its mark on TV culture, coming to an end after 15 years]

So why is the violence of “Joker” so much more controversial than that of “Parasite”? Both films offer biting commentary on wealth inequality and its effect on the lower class. But one story is set in an American city some 40 years ago while the other is contemporary and set in a city most American audiences may not be familiar with.

Perhaps it’s the fact that treatment of people of color in “Joker” was ill-reflective: Every interaction Arthur has with a person of color ends with him feeling dejected in some way. Or maybe it’s the fact the Joker uses a gun given to him by his co-worker no more than 10 minutes into the film. This access to a deadly weapon seems reflective of the ease of gun ownership in America and plays more like a critical viewpoint than an endorsement of gun violence.

Or maybe it’s because “Parasite” does a better job of illustrating the wealth problem as it exists in the world today. Every character in the film is empathetically three-dimensional; even the members of the upper class can respect the professionalism of Ki-taek along with the love Ki-woo’s mother is capable of. Arthur, by contrast, is self-centered and focused on his own self-actualization. His view of others depends entirely on how they treat him, not the objective content of their characters.

“Parasite” doesn’t punish the wealthy because they’re rich. It punishes everyone because every character is at fault for one problem or another. No blood is shed in “Parasite” until the desperation to survive becomes overwhelming, unlike “Joker” where the violence feels like an afterthought. And looking at endings, the Joker got the easier end of the bargain too.

He’s locked up in Arkham Asylum giving the staff a hard time, while Ki-woo continues the struggle of his father before him: the never-ending journey of trying to become rich when you can’t seem to escape poverty.