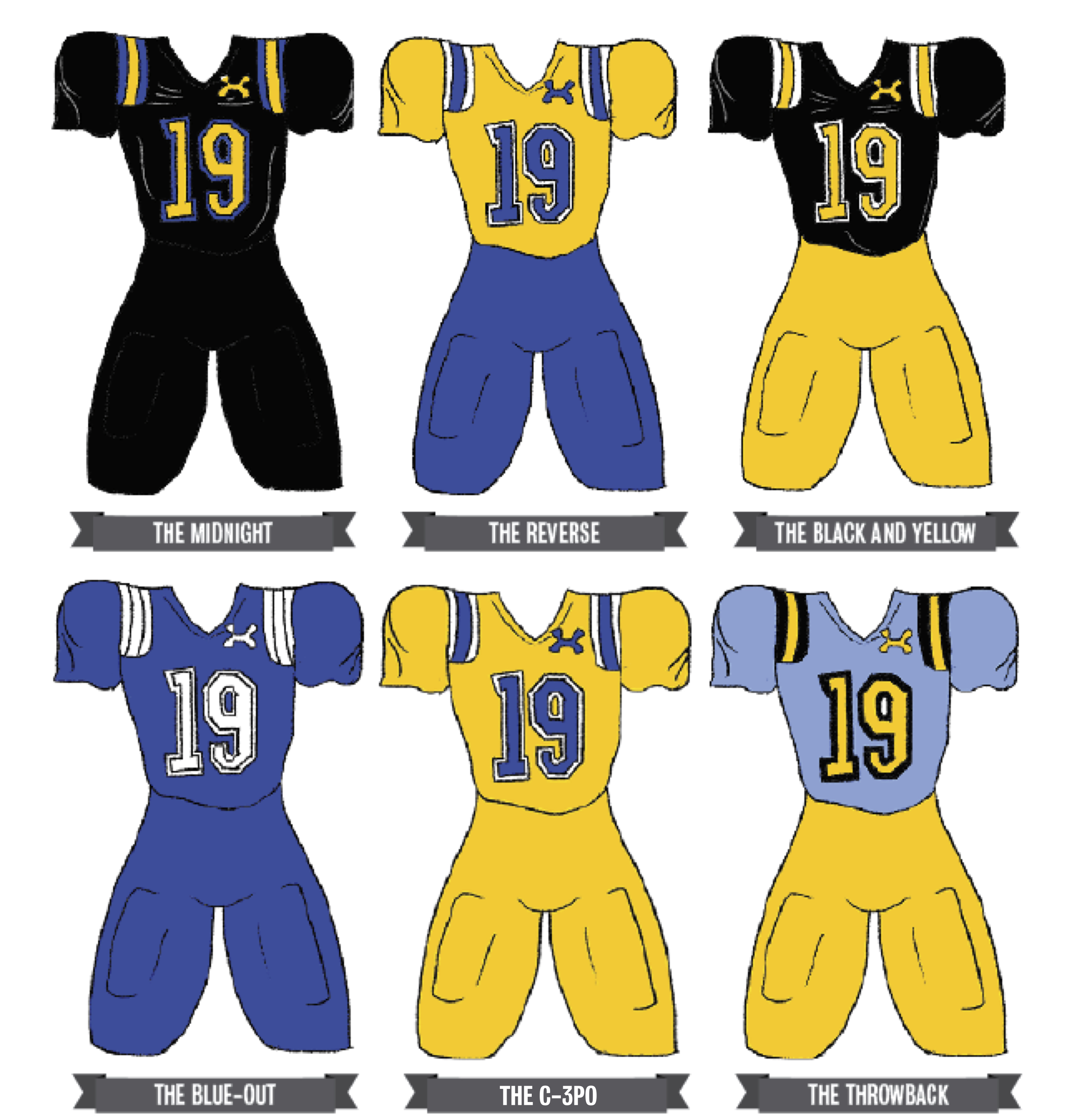 Correction: The original version of this article misspelled C-3PO.

The Bruins have had a lot of problems on the gridiron this fall.

Attendance numbers are approaching an all-time low, UCLA opened up the season 1-5 for the second consecutive year and coach Chip Kelly continues to spar with the media.

But among all of the seemingly catastrophic issues plaguing UCLA football in 2019, one smaller concern continues to fly under the radar – the uniforms.

To be clear, there is nothing inherently wrong with the jerseys the Bruins have been wearing this season. They obviously haven’t been the reason for UCLA’s lackluster first half of the season because at the end of the day, they’re just uniforms.

When UCLA Athletics and Under Armour agreed to the most lucrative college sponsorship deal of all time three years ago, people expected big things. But after Under Armour redesigned every team’s jerseys in the fall of 2017, not much else has changed.

Outside of an all-white uniform UCLA football has worn just twice, the only jerseys the Bruins have donned are their standard blues and whites.

When UCLA was partnered with Adidas, it had multiple alternate jerseys, including an all-black uniform with shiny gold numbers and several scale-inspired designs. The final products resulted in a good amount of fan criticism, but the idea of switching up a team’s look is a popular marketing strategy in college football.

The Oregon-Nike partnership is the prime example of this, releasing completely new jerseys with new colors and new designs before every season.

While UCLA’s blue and gold combination is too iconic for a complete departure toward the other end of the spectrum, Oregon and Nike have laid out a successful blueprint that can act as a springboard for more creative alternates.

Other Under Armour-sponsored schools like Maryland, Northwestern and South Carolina have boasted throwbacks, camouflage jerseys and and even uniforms inspired by their state flags. The only change-up UCLA has seen since partnering with Under Armour is gold face masks – not exactly a game changer.

For the university’s 100th anniversary, women’s basketball, men’s soccer and women’s soccer – among others – have all gotten special edition uniforms. Under Armour’s centennial jersey for UCLA football, however, is nowhere to be found.

Football was given a helmet decal – a barely visible sticker. That’s it.

Changing up jerseys won’t win the Bruins any games or save Kelly’s job, but it would be a good way to engage fans and give a stagnant team some more personality.

So with injuries, suspensions and hot seats topping the list of UCLA football’s biggest problems this fall, Daily Bruin Sports decided to take this bye week to design some alternative uniforms. Under Armour apparently won’t do it for $280 million dollars, so Daily Bruin Illustrations director Andrea Grigsby took up the task instead.