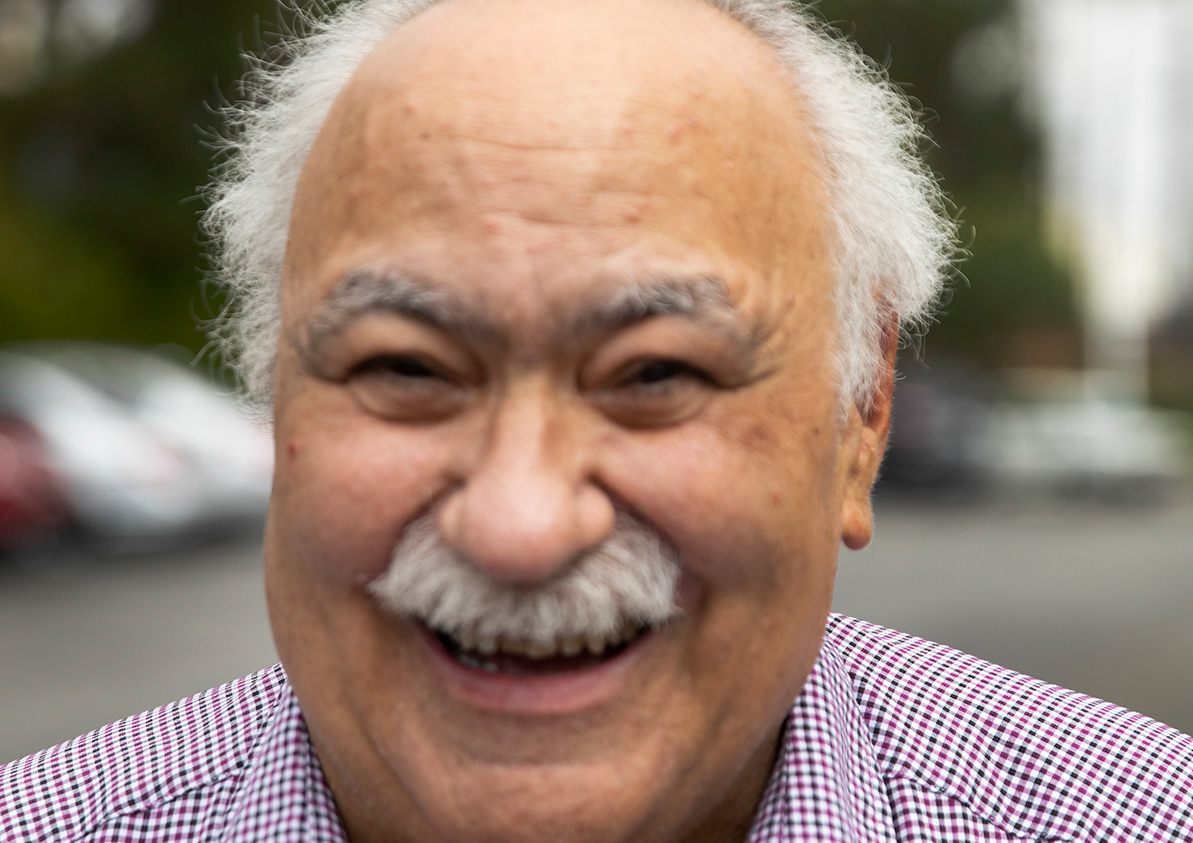 Looking back at almost 40 years of work in the entertainment industry, Martin Cohen said there is nothing he would change.

From working on the “The Hunger Games” to “Schindler’s List,” Cohen said his time has allowed him to forge long-lasting relationships within the industry. And the industry reciprocated when the Motion Picture Editors Guild honored Cohen with the 2019 Motion Picture Editors Guild Fellowship and Service Award on Saturday night at the Sheraton Universal Hotel in Universal City, California. Among the attendees was Sue McLean, a friend and colleague of Cohen, who said it is his respect for those he has worked with that make others appreciate having him help on a film.

As a postproduction editor and producer, Cohen said he credits his success to personal perseverance, kindness and more than a little luck, which has allowed him to put his hands on numerous works. Cohen went from working in mailrooms to working on Hollywood’s top movie sets, from “The Goonies” to “Gladiator,” in less than a decade. However, even with Cohen’s personal involvement with each of these films, he credits the magic of filmmaking to the final product itself.

“Every film has a life of its own,” Cohen said. “Every song has a story to tell. And the magic of movies is not knowing what it is until it comes out of the bottle.”

Beginning as a communication student at Queens College, City University of New York, Cohen said he then bounced from working in mailrooms to advertising agencies to local news networks until he gained a production assistant position for filmmaker Ralph Bakshi. Cohen said working with so many different people helped him pick up skills ranging from using an editing machine to identifying code numbers.

Despite these milestones in Cohen’s early career, he said it was in joining the Motion Pictures Editing Guild that he found his way into films spearheaded by Steven Spielberg and Michael Kahn. However, among films ranging from “The Goonies” to “E.T. the Extra Terrestrial,” Cohen said it’s “Schindler’s List” that holds a special place in his heart.

Spielberg’s film was meant to be very small, Cohen said, but it turned into a gigantic, beloved film that was seen worldwide. However, while audiences only saw the final product, Cohen said viewers might be less aware of the innovation that occurred behind the scenes.

Back then, Cohen said, many films used automated dialogue replacement in postproduction to create sound under very controlled situations. But with “Schindler’s List,” he said Spielberg came up with the idea to record sound in real-time on location. The team spent a lot of time in England, as they had to reshoot a number of scenes just to capture the perfect piece of recording to be used in postproduction.

And for Cohen, postproduction is where the film ends up coming to life. It’s in the edits, cuts and sound effects where the story comes together, bringing the script to life, Cohen said. This is the version of a film, he said, that audiences end up seeing.

“That’s the part I always loved. I love going into a darkened theater and seeing the story,” Cohen said. “People came together to tell a story and they often touch the humanity of audiences. That’s what filmmaking is about.”

While Cohen has spent much of his career taking on various behind-the-scene roles, he said he did so in order to defend the imagination of the director. Cohen said it was important to him to advocate for the truth of storytelling and to get the filmmaker’s vision to the screen at the highest possible standard. For the president of the Motion Picture Editors Guild, Alan Heim, he said that it was this dedication to the rules of filmmaking that has been a defining part of Cohen’s career.

“His reputation is that he always was supportive of the rules and regulations,” Heim said. “Many heads of postproduction try and shave things, and he never did.”

And yet, as Cohen accepted the Motion Picture Editors Guild’s most prestigious award, he said that while his contributions helped further the film industry, there is still a ways to go in truthful, inclusive storytelling. Cohen, wishing to see more people of color included in all phases of production, reminded audience members to dream big and continue changing the industry for the better.

“I truly hope that all of you strive to be better at your craft,” Cohen said. “Never let anyone diminish you or your worth. Dare to dream and dream big.”