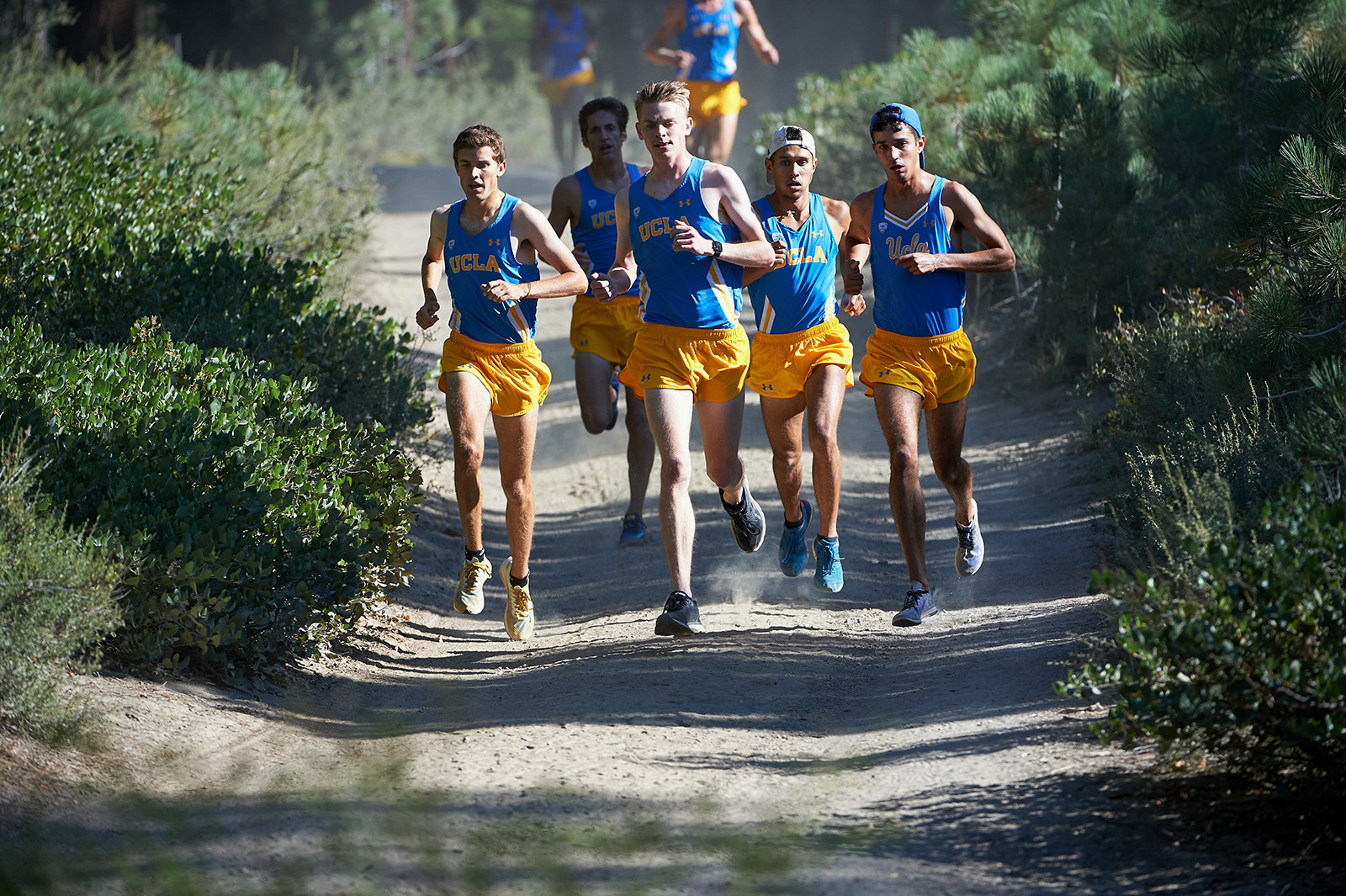 Redshirt senior Colin Burke said UCLA men’s cross country’s failure to qualify for the 2018 NCAA championship has lingered in his mind since last season. He recorded an 11th-place finish at the 2018 NCAA West Regional, missing automatic qualification for the NCAA championship. (Courtesy of Don Liebig/UCLA Athletics)

Redshirt senior Colin Burke and his teammates sat on the couch, watching the NCAA cross country championship from home in November.

UCLA men’s cross country failed to reach the 2018 NCAA championship – the first time the program had not been one of the 31 teams to qualify since 2013. Burke – who was the first Bruin to finish at the 2018 NCAA West Regional – said the team’s nonselection still lingers with him to this day.

“I still think about it all the time,” Burke said. “That’s what we were really focusing on – getting there as a team. … Even just getting ready for the season, I use it as fuel. It won’t happen again.”

Burke’s 11th-place finish at the 2018 NCAA West Regional of 29:49.2 came on the heels of three other runners who finished just a second ahead of him. His finish outside the top seven meant he would not automatically qualify individually for the NCAA championship. Burke went on to place 11th in the 10,000-meter at the 2018 Pac-12 championship and cracked UCLA’s indoor record books in the 5,000m in the following track and field season.

“I think (Burke’s individual finish) fueled him on the track,” said assistant coach Devin Elizondo. “He wanted so much for the team but also put himself in a really good position to qualify for nationals and just missed it.”

Back alongside Burke at the top of the Bruins’ cross country lineup is redshirt senior Robert Brandt, who made his season debut with a second-place finish at the Bill Dellinger Invitational in Springfield, Oregon, on Saturday. Senior Garrett Reynolds – who led the Bruins in all but two races last year – said Brandt’s presence matters most with races against high-caliber competition.

“Obviously having (Brandt) in our lineup again helps,” Reynolds said. “It’s really about competing against other (ranked) teams during the full season – that helps too. … At the end of the day, that will get us to nationals.”

At the Bill Dellinger Invitational, UCLA was within eight and two points of defeating then-No. 11 Oregon and No. 2 BYU, respectively. The Bruins’ finish moved them up four spots to No. 20 in the U.S. Track & Field and Cross Country Coaches Association coaches poll released Tuesday.

Brandt said the team’s finish last weekend left him excited for UCLA’s next competition at the Nuttycombe Wisconsin Invitational on Oct. 18, which hosts five of the country’s top-10 men’s programs.

“We want to go after the best teams in the country this year,” Brandt said. “There’s other big teams out there like Stanford and NAU that we can give a run for their money. I think we’re up there with them.”

The better UCLA performs against ranked competition, the higher its chances will be to earn a selection by the NCAA Division I Cross Country Subcommittee if it doesn’t automatically qualify at the NCAA West Regional in November.

Reynolds said he can already envision the team in Terre Haute, Indiana, for the NCAA championship.

“If I’m being fully honest, (qualifying) is the expectation at this point,” Reynolds said. “I think we have a bigger fish to fry than just qualifying. We want to get there and do some damage.”