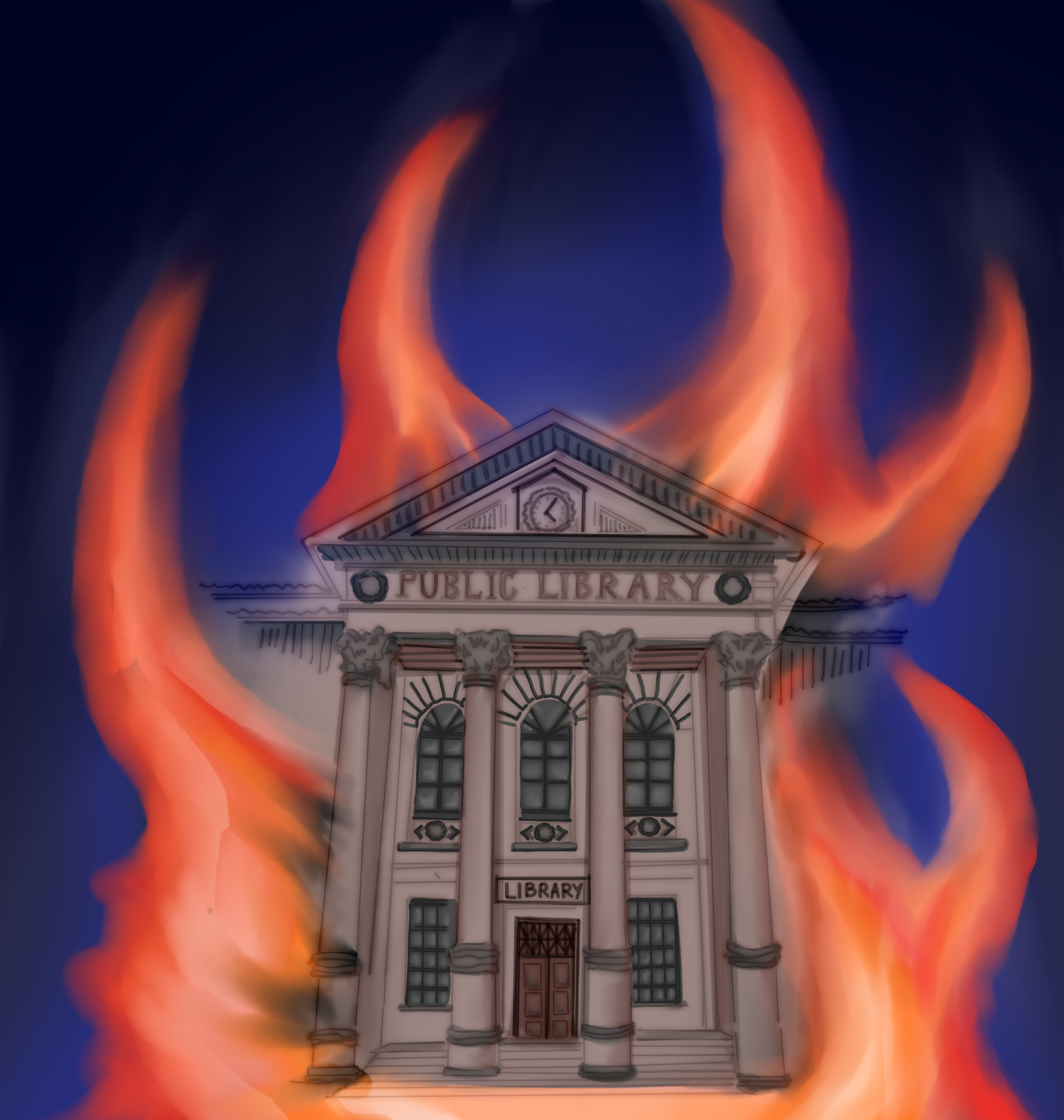 In 1986, the Los Angeles Central Library fire took over seven hours and 350 firefighters to extinguish.

Over 20% of the library’s books were damaged, and the building was closed until 1993. While some community members may not use the library every day, the fire had far-reaching implications, said Susan Orlean, author of “The Library Book.” Orlean will discuss topics from her book at the Hammer Museum on Wednesday. Along with Roxane Gay, author of “Bad Feminist,” Orlean said she will talk about three major threads: the Central Library fire of 1986, the meaning of libraries and her own personal experiences with them.

The Central Library fire was the largest library fire in American history, so Orlean said it had an extensive cultural impact. According to Orlean, the library had the only complete collection of patents west of the Mississippi River, but it was lost in the fire. Although they were later replaced, she said the loss showed how the temporary library closure affected people throughout the western U.S. who relied on limited special collections for research. She said the book explores the mysteries of the fire – such as who started it – and that her research on the subject led her to ask why libraries mean so much to society.

“You may not use (the library) every day but … its availability makes your life different,” she said. “Knowing that that information is there and being preserved is a really important thing for all of us as a community to be aware of.”

The implications of the fire’s destruction extended beyond local patrons. The Central Library has been a vital resource because it provides everyone equal opportunity to access resources and gain knowledge, Orlean said. The fire shed light on how critical the library is to the community, said Virginia Walter, a professor emerita in UCLA’s Graduate School of Education & Informational Studies. In 1986, Walter said she was the head of the business and economics department in the Los Angeles Public Library system. As she and her coworkers watched the library go up in smoke, she said they recalled the irreplaceable collections that would be lost. After the fire was extinguished, the library staff took on the major task of saving salvageable books by placing them in freezer storage units, she said.

“(The fire) was before the internet,” Walter said. “We had directories and reference materials for stock prices and things that are indispensable to the business community. I honestly don’t know what (the library patrons) did during the time that we were actually closed.”

The temporary loss of a library not only causes the inability to borrow books, but also leads to the discontinuation of other services that libraries provide, Walter said. Literacy development and homeless outreach programs are common for public libraries to arrange, she said. Libraries also host documentary showings, help adults who are learning English as a second language and teach people how to navigate online databases, said Lizeth Ramirez, UCLA librarian and archivist for Los Angeles communities and cultures.

Ramirez said UCLA created her position in efforts to create a stronger relationship between the public and the UCLA libraries, which are open to everyone. Her role is to preserve the community’s history, she said, in addition to helping people in LA feel comfortable using UCLA libraries and their resources. Preserving history is one of the most important roles of libraries, said retired UCLA information studies lecturer Cindy Mediavilla.

“This is cliche, but it’s true: You’re doomed to repeat the bad things in history if you don’t have some repository, some place that preserves the history,” Mediavilla said. “(Libraries) try to help people decipher between truth and untruth, or reality and fiction.”

Mediavilla said libraries proactively assess how they can adapt to better fit their communities. In recent years, they have begun to supply more community programming and services, she said. For example, she said branches all across the U.S. have started growing community gardens and building large spaces for people to convene for other activities. Orlean said children play a significant role in libraries and programming is often geared toward them.

“The experience of taking a child to the library is a very particular one,” Orlean said. “I think that at different ages of your life, you intersect with the library in a different way.”

In fact, Orlean’s childhood experiences in libraries are a dominant topic in her book. People often remember library visits as a child in a positive light, Walter said, so as adults, they return to the library with their own children. Being a free location to visit, Walter said the library is one of the few places where people of all ages, ethnicities and economic statuses come together. Orlean hopes that through her book, people will see the value in libraries as places of both knowledge and community.

“(Libraries) remain one of the last truly open community spaces that we have that are inclusive,” Orlean said. “Our support of them is what’s going to ensure their survival.”