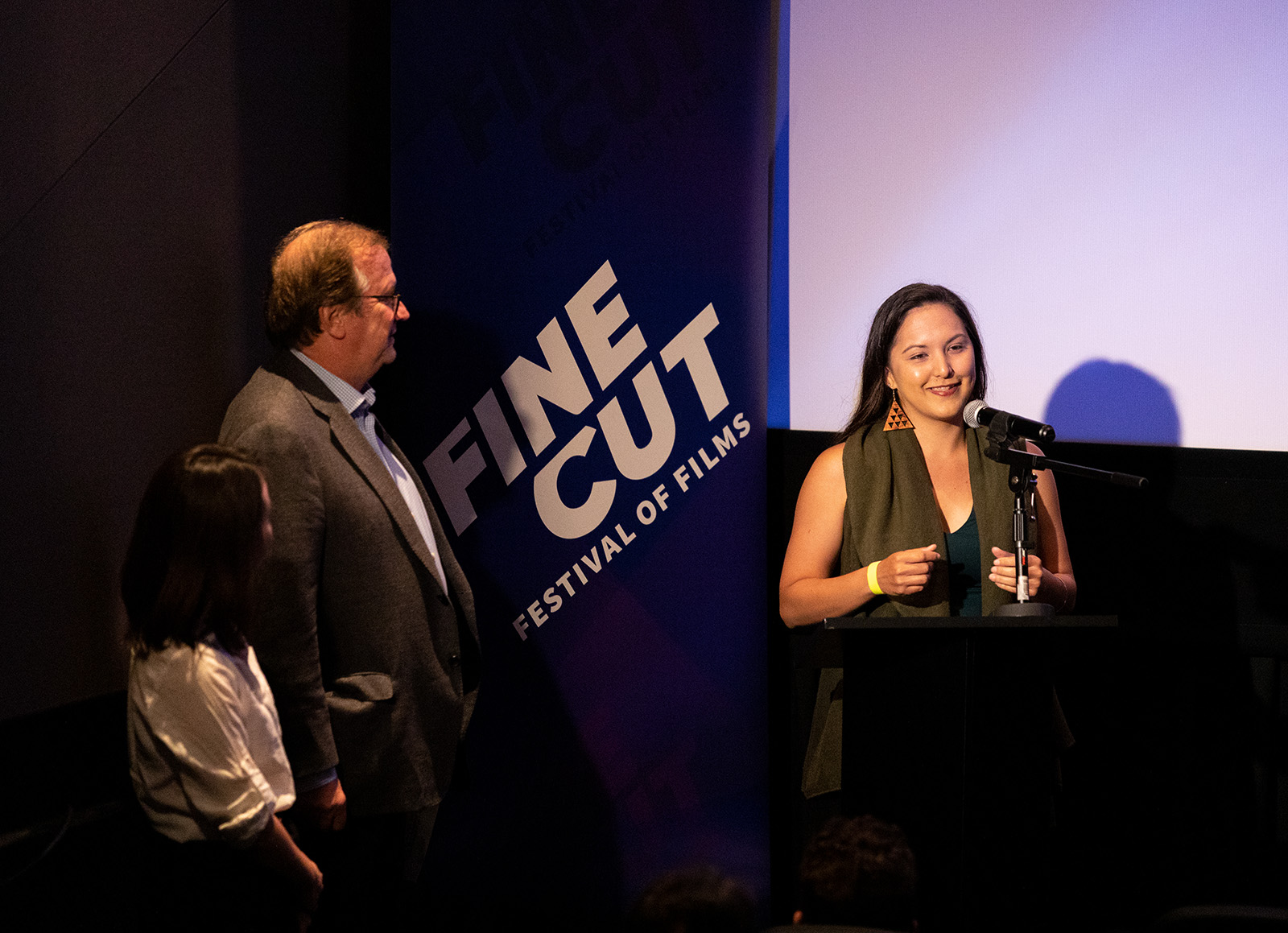 Erin Lau’s film, “The Moon and the Night,” about a family’s financial struggles took home the most prestigious award at Fine Cut Festival of Films on Thursday for its attention to storytelling. (Ashley Kenney/Daily Bruin)

Characters and finalists alike aimed for the stars at the Fine Cut Festival of Films.

The festival celebrated its 20th year during a private ceremony Thursday night at the Landmark Theatre. Prior to the event, a panel of judges selected 14 short films as finalists from hundreds of entries. All of the films entered were created by Southern California university students, and two UCLA alumni were among the finalists. One of the judges, Marianne Jean-Baptiste, said this year’s honored films were notable for their narrative prowess.

“I love young energy, I love fresh things, and I just want to support young creatives,” Jean-Baptiste said. “I think it was a particularly strong year this year and it was quite difficult deliberating because it was (decided over) little things, like the way something was shot.”

One of the night’s most prestigious awards, the Jack Larson Student Filmmaker of Southern California Award,​ went to “The Moon and the Night,” a Chapman University submission by Erin Lau, in recognition of its storytelling. As the winner of the award, Lau will also screen her film at the Cannes International Film Festival during the American Pavilion Emerging Filmmaker showcase.

Her winning film takes place in Hawaii and covers the story of a girl who deals with the implications of her father entering their dog into dogfights to meet financial needs. Upon receiving the award, Lau thanked her community elders and expressed the importance of the narrative’s events reflecting realistic scenarios.

“My dream and the reason I’ve made this film is because I wanted to bring attention to what my family and the native Hawaiian community are going through,” Lau said.

Another of the finalists, “Shoot The Moon,” created by UCLA alumnus William Rowe, took home the night’s Animation Award. The plot follows two brothers: one believes he can travel to the moon in a cardboard box, while his older brother is much more cynical about the endeavor. After winning the award, Rowe took to the microphone to voice his appreciation.

“I’m so honored beyond my imagination to have this film be a finalist, let alone win anything,” he said. “All the other animated films were probably just as amazing.”

Beyond creating the winning animated film, Rowe also worked with his brother, Henry Pollitt, to voice the boys in the film, one of whom is around age nine, the other age six. Rowe said his younger brother often gets criticized for his “jump-first” nature, so he wanted to make his film an homage to such a lifestyle – the younger brother in the film also hopes to achieve impossible things.

Rowe said the differing outlooks on life between his brother and himself inspired the characters. But his own dynamic storytelling style influenced the lighthearted mood, which comes in stark contrast to his prior, more serious work.

“I’m a little cheesy, but like good cheese – like mac and cheese,” Rowe said. “I also like darker stuff too, so what I wanted to do with my films is hit really big highs and really big lows.”

The judges also presented two more awards during the event. Director Shaun Dikilato won the Documentary Award for his film “Delay of Game,” which details the motivations behind youth football – and its potential risks. The event also honored Kelley Kali with the Narrative Award for her film “Lalo’s House.” Her years documenting the true story of a child-trafficking center disguised as an orphanage inspired the plot of her fictional film.

Daniel Lafrentz, the other UCLA finalist, directed “Bleeding, Kansas” – the prologue to a series he is developing alongside two other alumni. He said it is nice to be recognized by Fine Cut because his work is more mainstream than the usual indie-style of film found in other festivals.

Inspired by popular shows like “Hell on Wheels,” the plot of “Bleeding, Kansas” takes place in the Old West. But it incorporates both detective and occult aspects as well – something supernatural may be involved in the disappearance of a U.S. Marshal. There were many moving parts involved in filming, but Lafrentz said his project stands out because of its close attention to character development.

“The thing I’m always trying to keep in the foreground is the actors – that their performances are believable,” Lafrentz said. “It’s easy to lose sight of that when there are stunts and horses and pyrotechnics, but the thing that is important is that you care about the characters and the story.”

While all 14 of the films were honored at the event, they will also air on television throughout October and November. KCET, which hosts the festival each year, will play the films in collections based on themes like “Fight” and “Save Me!” 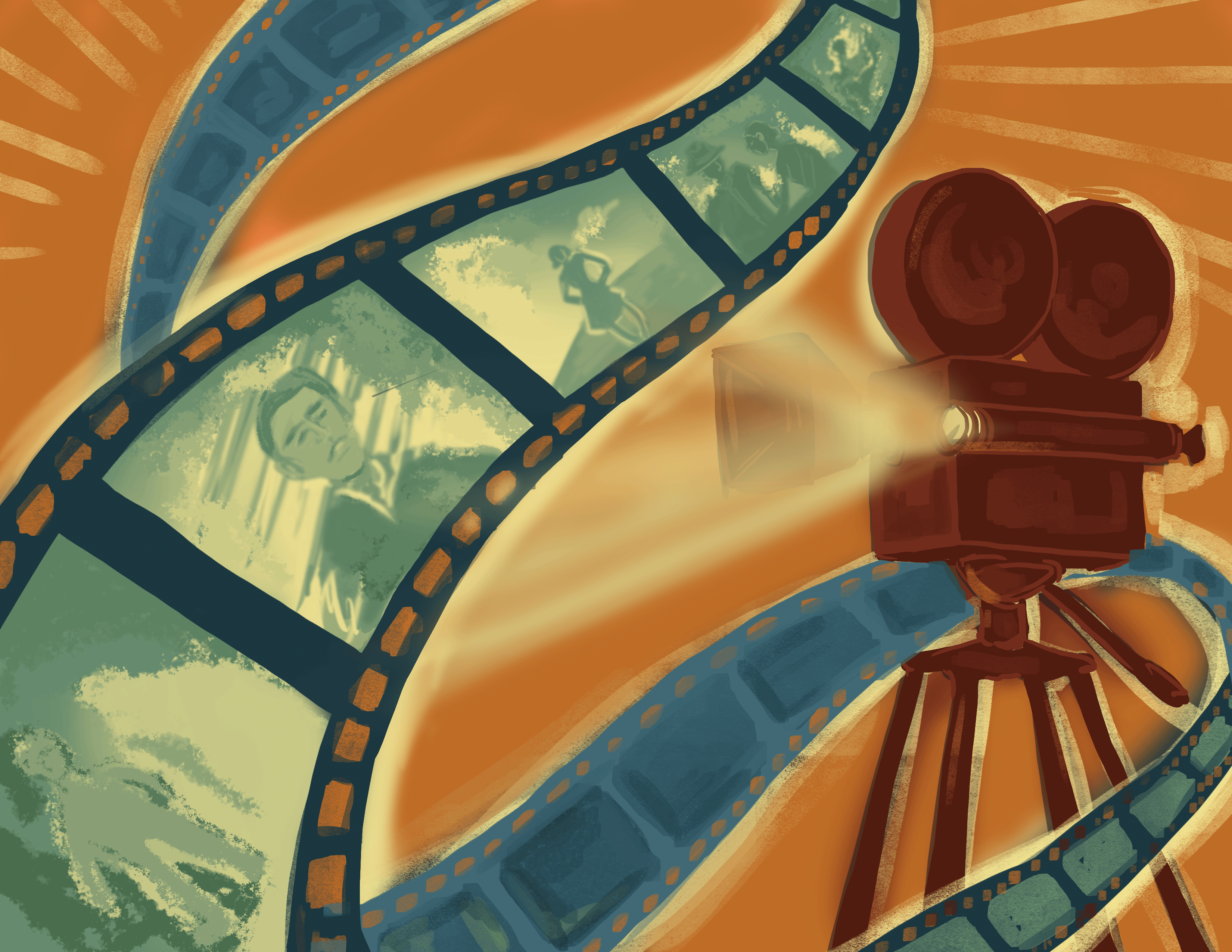