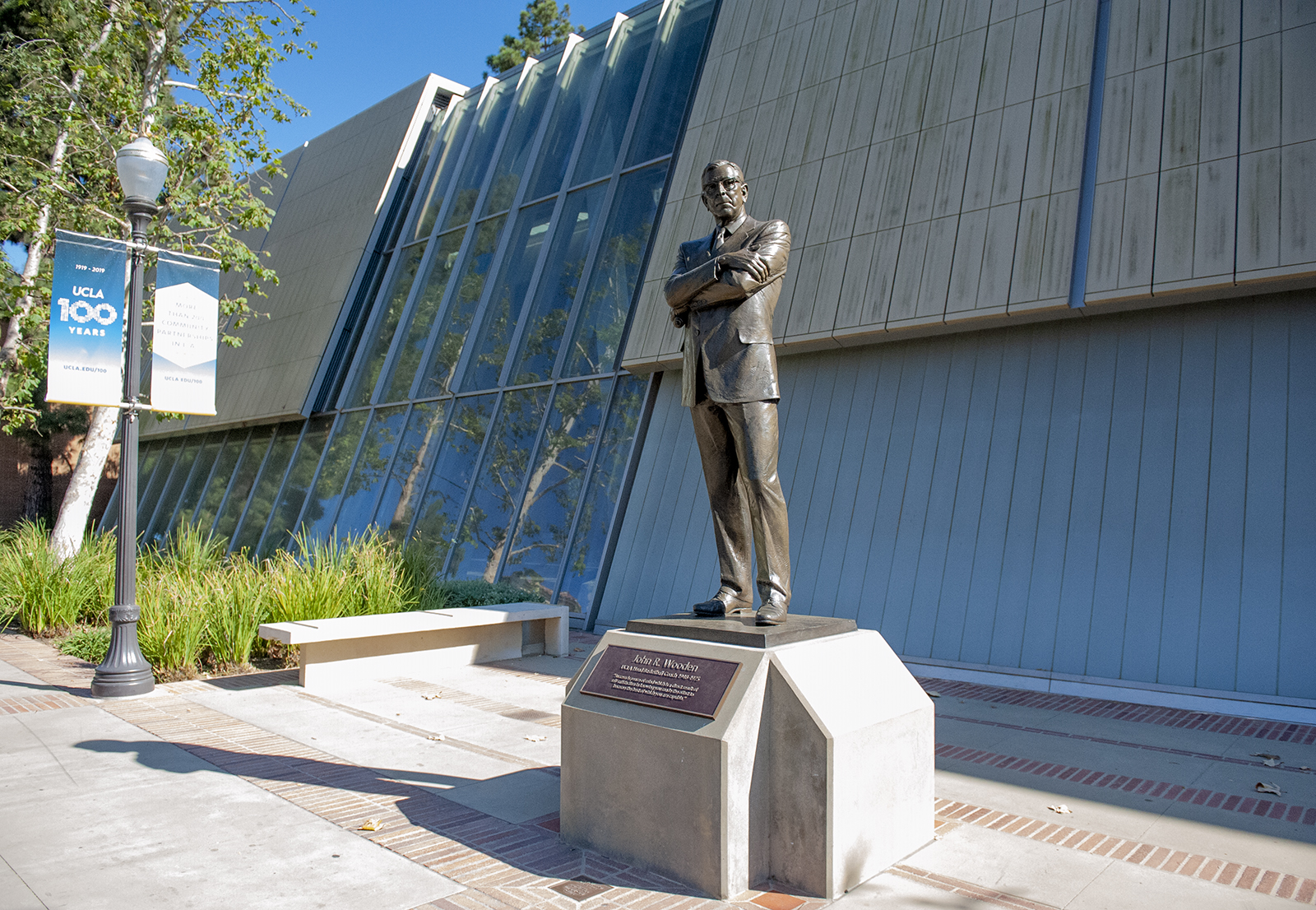 “Coach: An Evening with John Wooden” will tell the story of John Wooden off the courts. The production will center around the love shared between Wooden and his wife, Nell Wooden. John Wooden will be portrayed by former basketball player and actor, Beau Bridges. (Daily Bruin file photo)

"Coach: An Evening with John Wooden"

Our sports den is Pauley Pavilion, but “Coach: An Evening with John Wooden” will take audiences into John Wooden’s personal den at home.

Many Bruins only know Wooden as UCLA’s most-esteemed basketball coach from 1948 to 1975. But the play will bring to the fore who he was as a man and husband. The production, written by alumnus John Wilder, will premiere Wednesday during the Solo Flights Festival at Theatre Aspens’ Hurst Theatre. Actor Beau Bridges will provide a glimpse into Wooden as he portrays the former UCLA men’s basketball coach in this one-character play, which Wilder said is centered on the love between Wooden and his wife, Nell Wooden.

“The play begins when (John Wooden) receives a call from UCLA to talk about the naming of the Wooden court in Pauley Pavilion. Coach took the stand that they could name it after him, but it had to say the Nell and John Wooden Court,” Wilder said. “He credits her with being the person he could always look to for (an) honest reaction in everything.”

Wilder said the play is set to the song “Stardust” by Hoagy Carmichael, which plays throughout the show. Wilder said John and Nell Wooden made it “their song” when they were in high school. Bridges, who played under Coach Wooden at UCLA in 1961, said he believes John Wooden’s relationship with Nell Wooden was something special and significant.

“I think that he recognized how lucky he was to meet the love of his life,” Bridges said. “Every occasion that he could, would give her props for being so responsible for any success that he had.”

John Wooden was gracious toward all of his players, Bridges said. He would stay in touch with past players of his, Bridges said, and would occasionally grab food with them.

Bridges said he studied recorded interviews of John Wooden, on top of using his personal experiences with the coach, to develop how he will portray John Wooden in the play. Most of the audience will want to hear the stories of the national championships won under John Wooden’s coaching, but Bridges said he will also inform spectators of other important experiences John Wooden had in his life as well. Bridges said his portrayal of the coach will not be a direct imitation of him.

“I don’t want to feel like I have to imitate the man,” Bridges said. “There was only one John Wooden and I’m trying to give the essence of who he was (and) what he meant to all of us.”

John Wooden’s persona is introduced into the production in more ways than one. While a former player is taking on the role of Wooden, the play itself is centered in the den of John Wooden’s home. Essentially a man cave, the features of his den are incorporated through props of medals and framed photographs that littered the show’s set, Wilder said.

The play was a passion project for Wilder due to his long-time admiration for and association with John Wooden, said producing director of Theatre Aspen Jed Bernstein. Despite the performance not taking place in Pauley Pavilion, Bernstein said the intimacy created between an actor and the audience is what enhances the story more. Wilder said he is privileged for having had the opportunity to visit the coach’s den and talk to John Wooden himself. Audiences will get a taste of what it is like to have a conversation with John Wooden in his personal den, he said.

“I sat in that den with him for many hours and we talked about basketball and what was important in his life,” Wilder said. “It occurred to me that (it) would be interesting for an audience.”

Because it is a one-person performance, Wilder said the play can be classified as a monologue which, as a genre, has historically featured an actor portraying a historical figure. Bernstein said John Wooden fits the bill, as he engaged and inspired those he coached, helping them develop greater athletic abilities, as well as personal character. John Wooden was the man who spread the notion of how life is about teamwork, Wilder said. All types of athletes had reverence for the coach, Bernstein said, even though he was a conservative and old-fashioned man from the Midwest.

“I love the fact that if you’re a sports fan you’ll hear things about the various victories, the championships and things that as a fan you’ll love to revisit,” Bernstein said. “As a theater fan, I’m excited to share this story because I think it’s a great story about such an interesting and inspiring human being.”