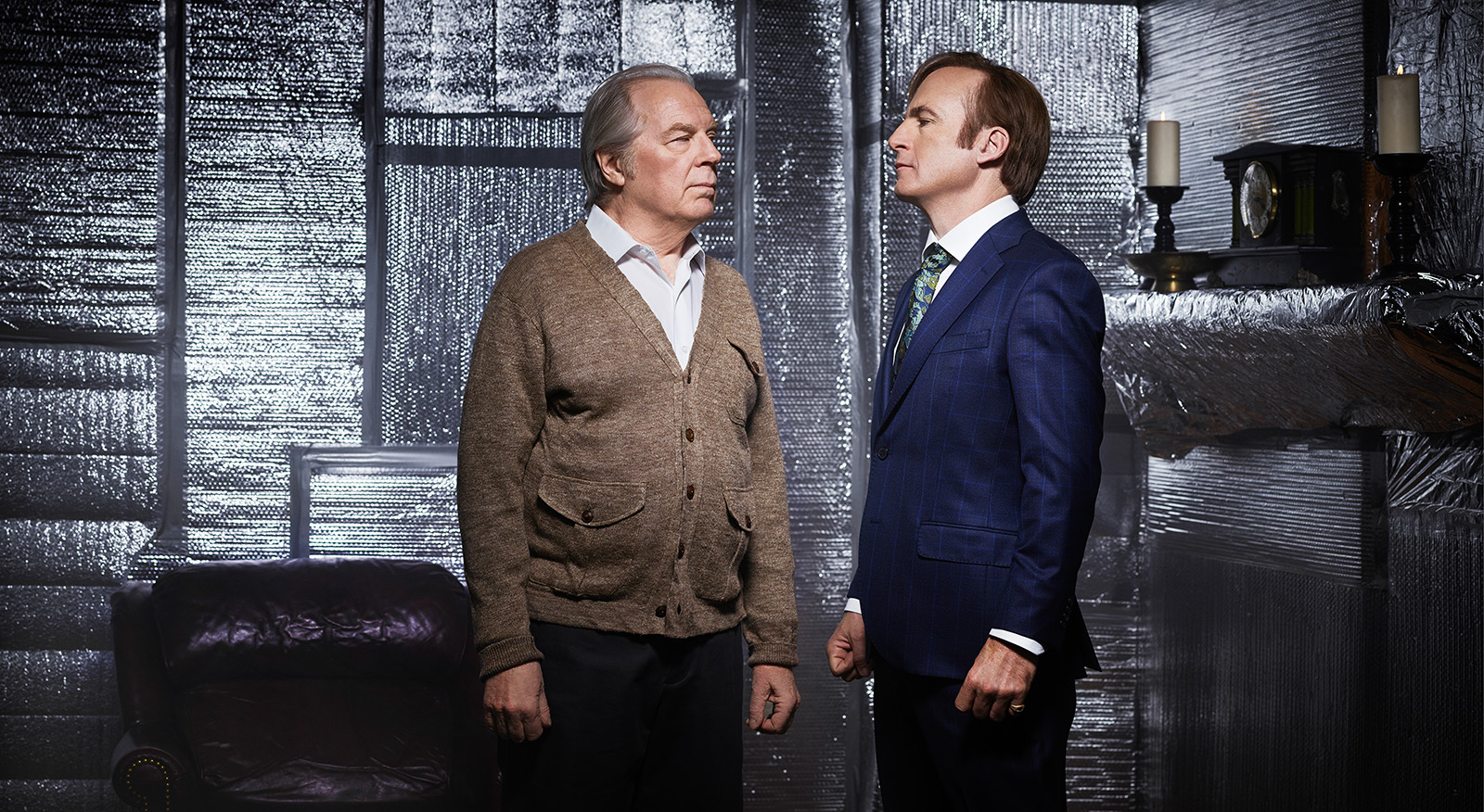 Jimmy McGill, a young conman trying to clean up his act and become a lawyer like his brother, continually finds himself on the wrong side of the law – but the audience doesn’t mind.

Creating morally questionable characters whom the audience can root for begins in the writers’ room and alumna Heather Marion has been contributing to the “Better Call Saul” writers’ room since season one. This year, the fourth season is nominated for nine prime-time Emmy Awards, including Outstanding Drama Series and Outstanding Writing for a Drama Series.

The show takes place in the years leading up to “Breaking Bad,” following lawyer Jimmy as he struggles with solving problems the lawful way and his own way. By the time “Breaking Bad” begins, Jimmy has transformed into Saul Goodman, a lawyer well known in the criminal world for working around the law. Marion said “Better Call Saul” centers around putting Jimmy’s morals at stake throughout each episode as he transitions from Jimmy to Saul. The stakes of “Better Call Saul” are psychological, rather than physical, Marion said.

“He’s always able to justify what he’s doing,” Marion said. “Does somebody really get hurt by it? Not at first. The line moves little by little.”

Producer Melissa Bernstein said that despite his growing moral leniency, the audience doesn’t have a problem rooting for Jimmy because of his incorrigible optimism. He never stops and considers giving up, but she said he instead focuses on solving the problem at hand. Since he’s geared toward problem-solving, the stakes of the show become a question of how Jimmy is going to get out of this certain predicament, Bernstein said.

And the reasons go beyond Jimmy’s optimism, said writer Gordon Smith. Jimmy has good intentions, which distances him from Walter White of “Breaking Bad,” he said. Walter has the mentality that once he’s bad, he doesn’t care about how bad he gets, but Smith said Jimmy always takes morality into consideration.

“Giving Walt White a death sentence at the very beginning of the show makes it very clear that he’s got nothing to live for,” Smith said. “I think what Walt tells himself is that it absolves him of his moral responsibility. Jimmy McGill doesn’t have that.”

Jimmy’s transition is murkier than in “Breaking Bad,” since Walter White had a clear arc as he gave up on his typical family life and turned to the drug trade, Smith said. The transformation of Jimmy’s morals is not as black and white because even when his actions are less moral, Smith said Jimmy is usually trying to do the right thing, though that is not as much the case in recent seasons.

Marion said the added complication of “Better Call Saul” is that being a prequel show, the audience already knows how it ends. Because the show cannot put Jimmy’s survival at stake, it instead has to focus on how Jimmy ends up as Saul. But knowing the final product of his journey has become a liberation, allowing for more in-depth storytelling, said writer Alison Tatlock.

“In a show where we don’t know how it ends, we’re banging our heads against the wall to figure out how it ends,” Tatlock said. “The fact that we know where we’re heading, it actually feels more like a gift than a punishment.”

Morality is not only an important question for Jimmy. Marion said the other characters in the show all have their own codes to live by. His brother, girlfriend and partner-in-crime all have their own ethics, which Marion said is always a topic of discussion in the writer’s room. For example, they know Jimmy’s girlfriend would stand with him for some of his schemes, but others go too far.

And once the characters and backstory have been introduced, the audience can’t help but not want Jimmy to end up as Saul, Tatlock said.

“Saul Goodman tries on different skins and he absorbs things from different people,” Smith said. “If you put Jimmy around the right person … Was there something that could have righted the ship?”

But the audience knows that the ship won’t be righted and Jimmy will still become the crooked Saul from “Breaking Bad,” yet Smith said the episodes are not predictable. Smith said anything could lead Jimmy down the path of becoming Saul. While the events of “Breaking Bad” are a forgone conclusion for audiences, Bernstein said Jimmy’s story isn’t really over and can continue on after Walter’s journey.

“When (creator Vince Gilligan) started Breaking Bad, it really was taking Mr. Chips and turning him into Scarface,” Bernstein said. “This is a little bit less linear than that. We don’t have the end of this story yet. We’re still in the process of filling in the middle part.”