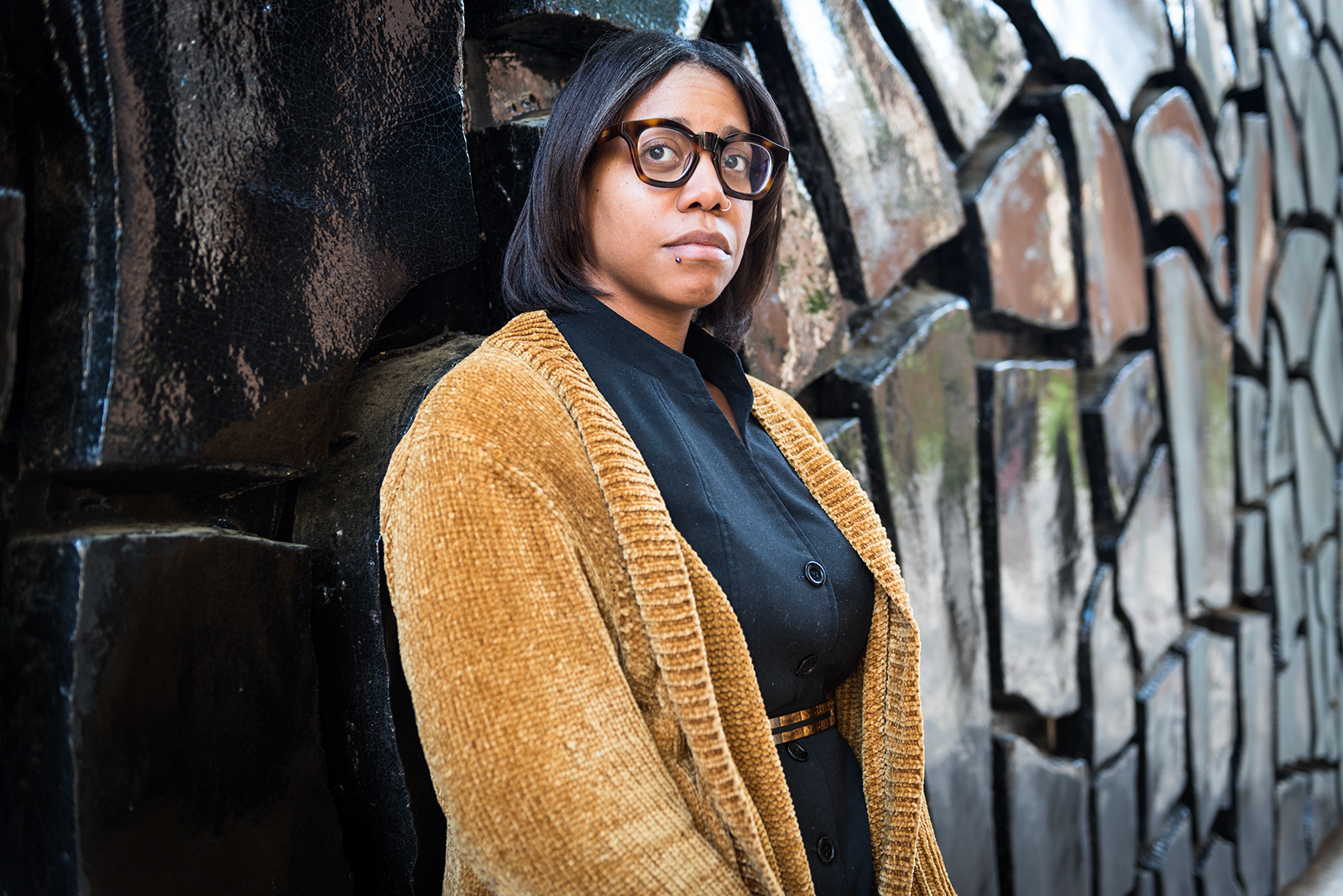 Documentary reenactments can be misleading, creating a false distance between audience and reality, said Antonia Thornton.

However, the graduate production and directing student said her documentary “Broken” tells a tale of incarceration and advocacy by inserting her subject directly into the reenactments, instead of hiring an actor. “Broken” began filming in March, and continued into the summer as more perspectives were added.

Primarily through the story of Wendy Staggs, a formerly incarcerated woman turned advocate, Thornton said she hopes to expose the problem of the for-profit bail bond system. By allowing Staggs to communicate her experience – which involved owing thousands of dollars to bail bondsmen following imprisonment – Thornton said “Broken” helps demystify the legal process.

“Nobody knows the minutiae of these things unless you go through it,” Thornton said. “You shouldn’t have to find out (the process) once you get arrested.”

“Broken” balances Staggs’ emotional memories with expert interviews about the for-profit bail system, as the film also incorporates commentary by an attorney, a legislator and bail bondsmen. Staggs – who was twice arrested for dealing drugs – grounds the narrative, Thornton said, giving a personal angle to a system-wide problem. “Broken” reenacted Staggs’ memories of domestic violence and the arrests to contextualize her relapsed imprisonment, leading to her ongoing bail debt.

“I hope that it’ll force people to see the reality of what she’s been through in a different way, see it almost like it’s archival … I wanted to make it human,” Thornton said. “People often think of others who have been through the criminal justice system as not human anymore and I wanted to show there is life after imprisonment, there are reasons for it.”

Over-policed minority and poor communities continue to unfairly deal with the consequences long after serving their time in jail, Thornton said, as they are indebted to bail bondsman while financially vulnerable. To get out of jail before their trial, individuals go to a bail bondsman who will charge a percentage of the cash bail.

Thornton said “Broken” is very timely due to California’s upcoming Senate Bill 10, which proposes to remove cash bail entirely in favor of a risk-assessment algorithm. The change would financially unburden individuals reentering society post-incarceration, she said. However, because SB10 is unprecedented, the unknown effects of the bill could also bring unforeseen challenges for communities already suffering from discrimination, Thornton said.

“When you aren’t wealthy … (the system) basically encourages you to continue living that life because you’re threatened with going back to jail if you don’t pay your bail. … It’s ongoing,” Staggs said. “It’s a vicious circle and it absolutely targets people of poverty. … (Post-incarceration) I could barely survive, I could barely get gas money.”

Filming the reenactments where Staggs played a past version of herself was not emotionally strenuous, she said, as she has grown since her troubled past, and she had the full support of the crew. But Staggs said one moment of distress did arise before reenactments were shot in a small town in the Mojave Desert, where Staggs was drawn back into the atmosphere of isolation that contributed to her abusive previous life. By collaborating with Thornton to keep the reenactments realistic and honest, Staggs said she hoped sharing her story would be powerful to others who currently can’t speak for themselves.

“I don’t want (the documentary) to be Hollywood. I healed by way of the arts when I was in prison and … I feel that words have really helped me speak my truth,” Staggs said.

Additionally, Marquez said that the various filming styles per segment demonstrated “Broken”‘s humanizing and informative goals. While Staggs’ interview was shot on a soundstage in dramatic lighting, taking place against a black void-like background, the reenactments had a soft light to capture the feeling of memories, he said. The expert interviews will be shot in bright lighting to draw audiences back into the real world, Marquez said, reminding them of the larger problem of for-profit bail.

Staggs said her previous life was one of being broken by abusive personal relationships and by incarceration. Her tale runs parallel to the fundamentally broken system of for-profit bail in California, Thornton said. While Thornton is still unsure of her own stance on the disputed SB10, which will come to a vote in November 2020, she said stories like “Broken” at least make the broad concepts of bail comprehensible.

“(Staggs) is strong and very much owns her story,” Thornton said. “She’s a person who believes that you shouldn’t be afraid of your past and sort of owning who you were as a way to move on.”