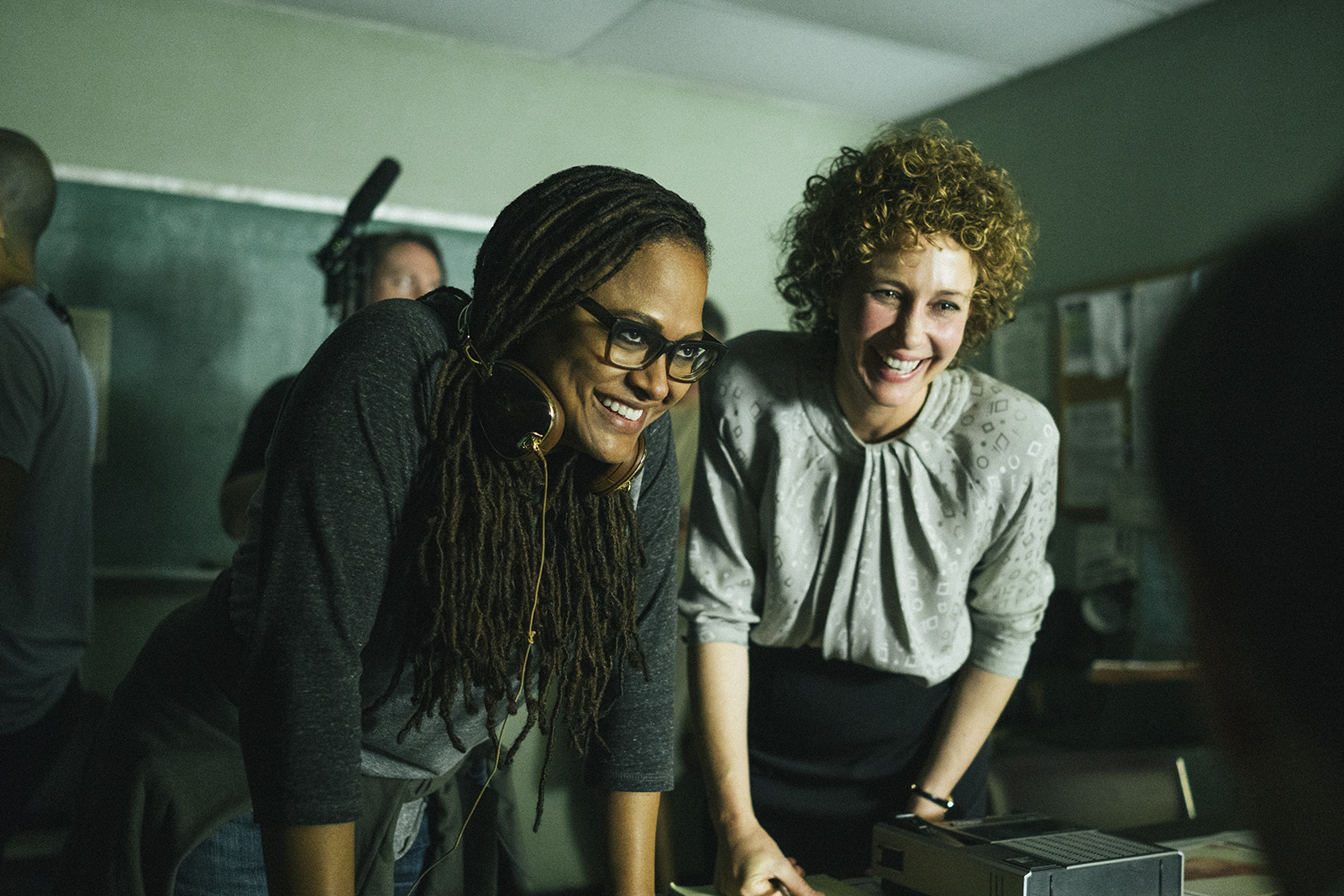 In 1989, five teenage boys were convicted for a crime they did not commit.

Thirteen years would pass before they were proven innocent.

Alumna Ava DuVernay explores the 30-year history of the boys who would be nicknamed the Exonerated Five with her Netflix limited series “When They See Us.” With 16 Emmy nominations, the series has brought the streaming service more nominations than its other shows have. DuVernay, the producer, writer and director, said she is drawn to stories that move hearts and minds – which is why she chose to tell the story of these men. And while many events of the show occurred decades ago, writer Robin Swicord hopes the series can continue to provide commentary relevant to today’s society which continues to dehumanize groups deemed “other.”

“(‘When They See Us’) is a full immersion experience for (the audience) to understand what it’s like to be young, black and male,” Swicord said. “I was shocked by the use of these boys – by how unprotected they were.”

In 1989, Raymond Santana Jr., Kevin Richardson, Yusef Salaam, Antron McCray and Korey Wise were arrested and interrogated by the police and, after being coerced into giving false confessions, were convicted for raping a woman in Central Park. It would be 12 years before serial rapist and murderer Matias Reyes admitted to the crime and 13 before the court vacated their convictions of the five boys.

DuVernay’s series follows the boys as they grow up in the criminal justice system and also makes a nod to their 2014 lawsuit against the city and their lives post-incarceration. Though originally known as the Central Park Five, the men opposed the nickname because it was given to them by their oppressors, Swicord said. Today, they are known as the Exonerated Five.

In order for audiences to understand the reality the five men lived through, DuVernay said research was a substantial part of accurately adapting the true story for television. They read through various police records, court transcripts and news reports from the ’80s until today, Swicord said. Together, Swicord and another writer interviewed the men for over nine hours each, and also spoke with their families in search of accurate details. And for DuVernay, she remained in contact with the men for over four years as the show was in production.

“You have to sit down and really listen because that paperwork doesn’t tell you quite the interiority of the people involved – about their reactions to what was going on, their feelings about it, their dreams about it, their memories,” DuVernay said.

Aside from the writers’ interviews with the Exonerated Five, DuVernay said the actors also met their real-life counterpart to help develop their characters. In doing so, she said the actors were able to invest in the real people and their realities, bringing the characters to life from the script pages.

The story takes course over a span of about 30 years, and DuVernay chose to break the series down into four episodes to fully examine the series of events. Each episode provides insight into a specific sector of the criminal justice system, she said; the first three present police interaction, trial and juvenile detention, respectively. The fourth episode explores incarceration, solitary confinement and post-incarceration.

“By the end of the project you’ve interacted with almost every part of the criminal justice system in some way and hopefully gain insight as to ways it affects real people,” DuVernay said.

The first episode follows the boys as they were individually questioned and led to falsely confess to the crime. To recreate these scenes, Swicord said they pieced together interviews with the men and their families by examining an interrogation textbook used by the New York police. The textbook outlines a process where police lie to the interviewees about witnesses and corroborations in order to force out a confession, she said.

To depict interactions with the criminal justice system, such as the interrogations, producer Berry Welsh said they filmed in a defunct prison on Staten Island. Welsh said they filmed at as many true-to-life locations as possible, like Central Park, the Schomburg Plaza and Kennedy Fried Chicken, a local haunt of the Exonerated Five.

But the challenge with filming on-site was that the production team had to transform the locations back to their 1989 appearance. Welsh said Central Park today is more refined than it was then, so they had to adjust to be historically accurate, switching out modern LED lamp posts and adding forgotten details from the ’80s, such as pay phones.

However, while the story of the Exonerated Five began in the late ’80s, Welsh said their struggle isn’t an isolated event. Similar injustices on behalf of government, criminal and law enforcement systems are still in play today across the globe.

Swicord said these kids had the odds stacked against them because of their ethnicity and their residence in Harlem and that people today still relate to this. The situation in the limited series is a familiar one, where the five boys were taken advantage of not only because they were each uniquely vulnerable, but also because the criminal justice system viewed them as expendable, Swicord said.

For DuVernay, she said part of the reason why she believes the Netflix series will offer a chance to correct injustice is because viewers are able to react so viscerally as they find some part of themselves in the stories represented on-screen.

“So my hope is that people enter (‘When They See Us’) with an open heart and mind, and they take from it what they will,” DuVernay said. “(Hopefully), it’s constructive and nurturing and additive.”