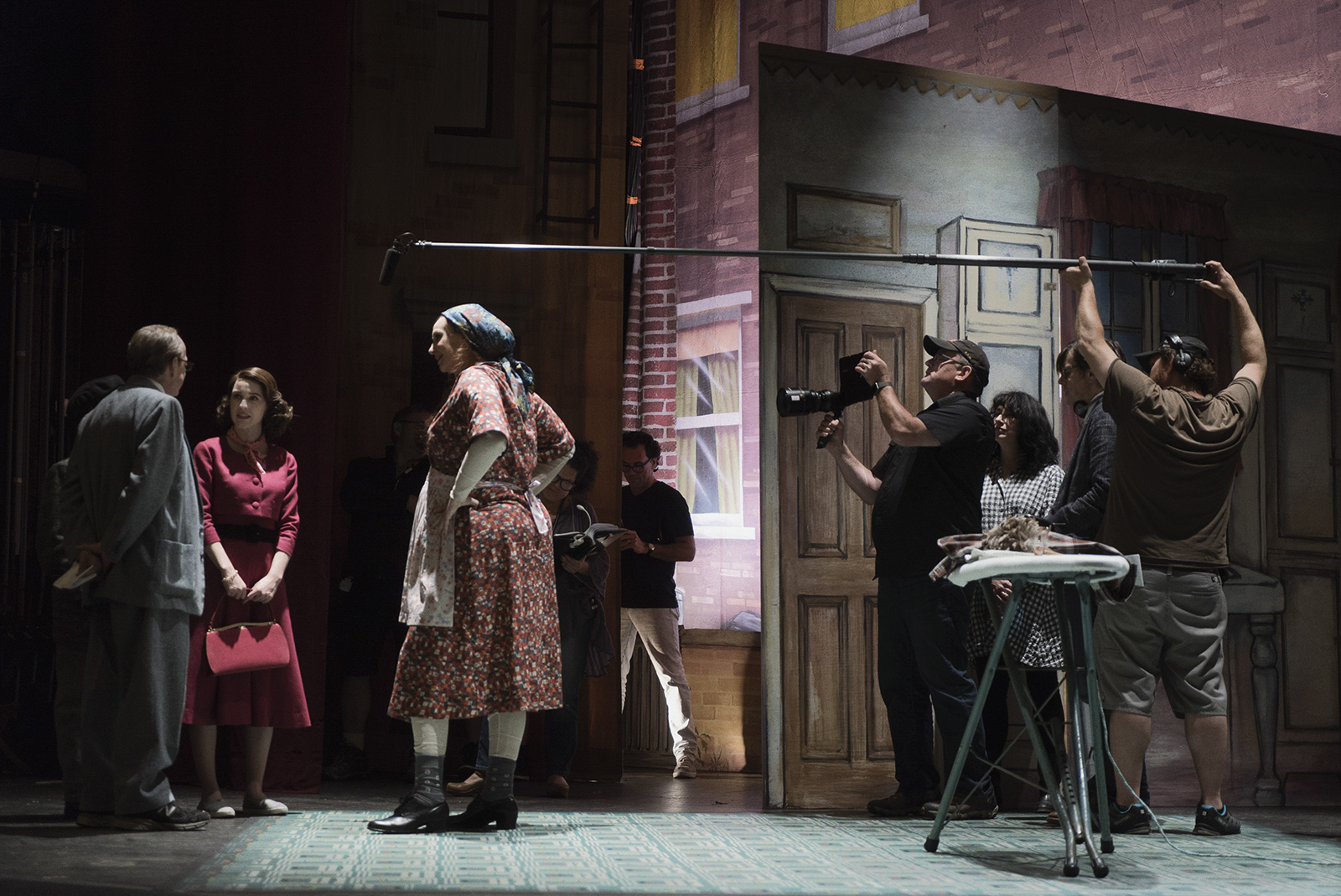 Mrs. Maisel would not be so marvelous without a 125-person production team behind her.

Amazon’s critically acclaimed series, “The Marvelous Mrs. Maisel,” is nominated for 20 Emmys, including for Outstanding Production Design for a Narrative Period or Fantasy Program, following its second season. The eight-time Emmy-winning show, created by “Gilmore Girls” creator Amy Sherman-Palladino and her husband Daniel Palladino, follows the life of a 1950s, New York housewife who becomes a stand-up comedian after discovering her husband’s affair. As co-executive producer, alumna Dhana Gilbert said she is responsible for ensuring the creative vision behind the series makes it onto the screen.

“(The crew) is a whole company of people,” Gilbert said. “And I feel like I’m the president of the company, and Dan and Amy are the CEO. My job is facilitating the vision Dan and Amy have. So they write it, and I make things happen.”

Although it is a cumbersome feat to recreate the atmosphere of 1950s New York, Gilbert said her experience co-producing the 1920s gangster series “Boardwalk Empire” prepared her for the obstacles of recreating a historical era. Since Gilbert had already overcome issues such as finding period-appropriate shooting locations or ensuring that costumes were accurate without feeling dated, she approached “The Marvelous Mrs. Maisel” with an experienced sensibility of dealing with these kinds of hurdles.

Despite the troubles that accompany the making of a historical series, the production of “The Marvelous Mrs. Maisel” has managed to win two 2018 Emmys and become nominated for nine 2019 Emmys in technical categories. The show’s use of a modern technicolor palette creates a visual representation of 1950s New York that is more vibrant and luxurious than the period actually was, Gilbert said. The act of covering New York in a richly hued gloss has refreshed the look of the city, and Gilbert said this visual reimagination of the Big Apple is what makes the show look youthful.

“(Dan Palladino) and (Amy Sherman-Palladino) wanted the show to appeal to a young audience, and they felt that if we went with what is traditionally more of an old-timey look, with the sepia tone and whatnot, that it would be an automatic turnoff,” Gilbert said.

For the moments when a touch of old New York was necessary for the story, historically accurate elements were difficult to come across. Gilbert said finding shoot locations is one of the most significant hurdles she faces due to the scarce amount of remaining midcentury architecture. Typically, once Gilbert manages to find a suitable space, the crew only has a few days to design the set, film and then transform the space back to its original state.

One of the recurring locations in the series is The Gaslight Club, a dive bar where Mrs. Maisel began performing stand-up. Gilbert said the original Gaslight no longer exists, so the crew found a townhouse in St. Mark’s Place that could serve as the building’s exterior. When season two sent Mrs. Maisel abroad to France, Gilbert said she spent four weeks traveling between New York and Paris to find a shooting location that best accompanied the narrative.

To bolster the visual allure of the series, many of the costumes and sets are made by the production crew. Co-producer Sal Carino said crew members manufacture most of the main costumes to mirror the 1950s aesthetic after conducting extensive research into the popular styles of the era, such as driving gloves and couture headwear. But in efforts to bring originality to the costumes, the design team chose more modern colors and patterns that emboldened the technicolor aspect of the series. Aside from making garments in-house, Carino said some of the outfits are rented from costume shops that provide antique clothing.

Once the characters are dressed, the producers are faced with furnishing the sets each character lives in. Though the crew originally shot on location in the Upper West Side for Mrs. Maisel’s apartment, Gilbert said they eventually decided to recreate the apartment – from the furniture down to the tiles – in their Brooklyn-based studio for the sake of convenience. Carino said the crew decided to build the extravagant, yet intricately detailed B. Altman department store where Mrs. Maisel works to avoid scouring the city for a vision-limiting storefront.

“To recreate this department store from the 1950s on location, build it and bring in the products – it is one of the most beautiful sets I’ve ever seen,” Carino said.

While many of the costumes and sets are designed specifically for the series, co-producer Matthew Shapiro said the show’s score is an eclectic playlist of songs from the era. Both Sherman-Palladino and Palladino, alongside the music supervisor, searched through popular dance numbers, show tunes and other sources of era-appropriate music for songs that complement the narrative, Shapiro said. Shows traditionally rely on a composer to create an original score, but Shapiro said hand-picking tracks that interact well with specific scenes adds further texture to the story.

Since both the visual and musical aspects of production are paramount in a period piece, Gilbert said producing the series with equal value placed on both the story and production has led to its success. Carino has worked alongside Gilbert on three projects and said her encouragement for collaboration and communication between all crew members is what turns Sherman-Palladino and Palladino’s vision into a cohesive product.

“I hope people appreciate all the effort that we made to elevate the storytelling through production design, costume design, editing, visual effects,” Gilbert said. “It’s a whole canvas – it’s a labor of love.”