Movie review: Slow pace of ‘Once Upon a Time … in Hollywood’ offset by dramatic end, nostalgia 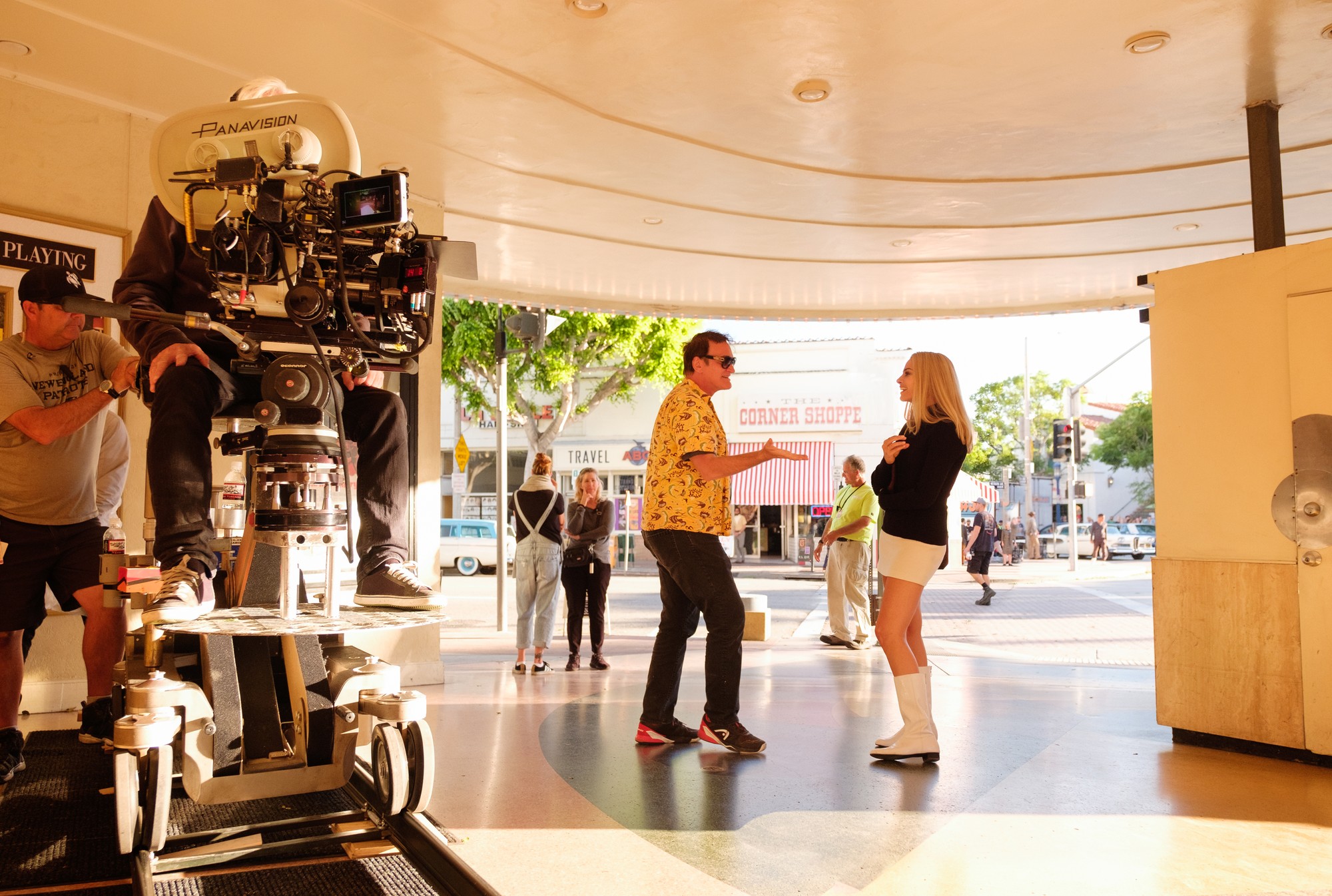 “Once Upon a Time … in Hollywood” is an ode to Los Angeles in 1969, showcasing both glamorous fame and hidden pockets of violence.

But if you’re expecting an overtly provocative film from Quentin Tarantino, you might want to take a cue from 1960s hippie culture and just peace out, ya dig?

For a film about the fast-paced world of Hollywood, “Upon a Time … in Hollywood” demands patience from its audience on the slow-paced ride. Lean back in the theater seat – like the characters lounge in their oversized Cadillacs – and expect idle dialogue rather than characteristic Tarantino-violence. The film, which is billed as his ninth and released Friday, is less aggressive than his past filmography, lacking the racist gore of “Django Unchained” or the animated energy of “Kill Bill.”

The quiet melancholy of “Once Upon a Time … in Hollywood” shouldn’t be labelled a failure right off the bat. When taken on its own merit, the film finds success in its character development and 1960s ambiance, shining through disjointed storytelling.

The film follows three characters symbolizing the changing Hollywood landscape, each of whom is performed with depth and care. Leonardo DiCaprio stars as the fictional Rick Dalton, a Western actor struggling to maintain stardom as the genre fades into obscurity. Brad Pitt plays Dalton’s stuntman, Cliff Booth, who is unexpectedly drawn into the hippie counterculture of the notorious Charles Manson family. Tangentially, Margot Robbie inhabits the real and charismatic ’60s actress Sharon Tate — Dalton’s next door neighbor on Cielo Drive in Tarantino’s fairytale.

How do the three narratives intertwine? Herein lies the crux of “Once Upon a Time … in Hollywood.” For anyone with the knowledge of the connection between Tate and Manson, the film’s climax seems obvious. Research prior to viewing may be necessary for younger viewers, contextualizing not only Tate’s story but also that of the Manson Family in the summer of 1969. That year, the young actress was famously and brutally murdered, along with four others, in her home by Manson’s followers.

Her name itself evokes the murders, and Tarantino weaves this implication into the fabric of “Once Upon a Time … in Hollywood.” Those unfamiliar with the history will miss out on the film’s building tension, escalating early on with a foreboding shot of the real Cielo Drive’s street sign. The film’s build-up, exploration of Tate’s sweet nature and her tragic rising stardom have a strong impact, but only for those tuned into her fate.

However, Tarantino is careful to mask his intentions as “Once Upon a Time … in Hollywood” meanders, dream-like, between stories and settings for 161 minutes so the audience forgets their expectations. Tarantino’s indulgence with small character moments – such as Dalton interacting with an 8-year-old method actress on a Western television pilot – pay off, demonstrating the director’s continued ability to craft an epic feature.

The pace jumps lazily from storyline to storyline, more intrigued with atmosphere than a steady plot, as the director sinks his teeth into the Los Angeles setting. We get to know Dalton’s insecurities as an actor intimately, and DiCaprio shines as he portrays a star coming to grips with his own worth. Dalton’s film roles and daily actions act as a lens into that time period, referencing the 1963 classic “The Great Escape,” watching popular shows such as “The F.B.I.” and eating at the famous Musso & Frank Grill.

Fittingly, 1960s media and merchandise oozes from the film – now-obsolete kitchen appliances are emphasized, Neil Diamond tunes blast from car radios and flower-power dresses swirl at a Playboy Mansion party. But for viewers awaiting more than just cultural homages, the film’s indulgence in nostalgia can be hindrance. Cameos of Hollywood icons, such as Mike Moh playing martial artist Bruce Lee, and Damian Lewis playing actor Steve McQueen, elicit smirks, but contribute little to the overall plot. One wishes Tarantino would make better use of the fantastical narrative playground he’s created, bringing these cameos to life for a real purpose.

As for the main protagonists, Dalton, Booth and Tate are mostly well-rounded characters, though Tate suffers from a lack of screen time. Buddy moments between Dalton and Booth, when back together from their individual adventures, flesh out their long-time friendship and allow Pitt and DiCaprio to bounce off each other humorously. Their chemistry is often set against drawn-out sequences of freeway cruising, and the film’s pace does occasionally suffers from long-winded scenes.

“Once Upon a Time … in Hollywood” finds its footing halfway through and thrives during a tense sequence at Spahn’s Ranch – the Manson Family hideout – where plot, characterization and action converge to demonstrate the cult’s misleadingly peaceful nature. The film’s ending arrives with a punch, and audiences snap out their pensive nostalgia to reflect on Hollywood ambition and misguided violence. Reservations about Tarantino’s ability to shock and entertain an audience are lessened by the film’s wild, but satisfying conclusion.

Ultimately, the characters, rich cinematography and production design of “Once Upon a Time … in Hollywood” save Tarantino’s haphazard storytelling. Viewers will most likely get sucked into the magic of Los Angeles film, past and present, with cinematic reminders of drive-in movies and even the remaining theaters in Westwood Village.

The city of LA, lit up with neon signs in one scene, serves as a perfect metaphor for the film and its end-of-an-era mentality: whimsical and beautiful, yet temporary.