Q&A: Randall Park reflects on how his time at UCLA shaped his career in acting, writing 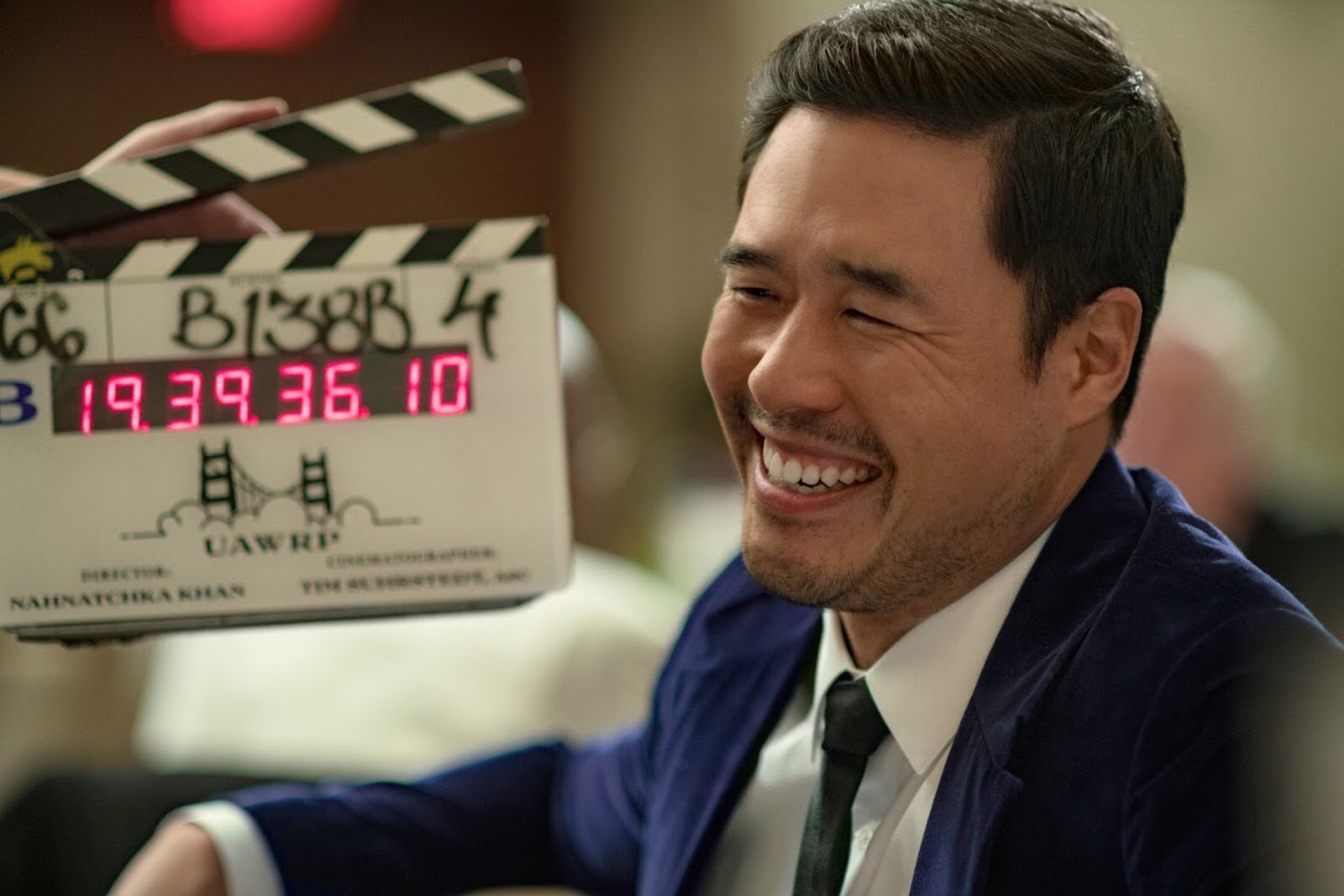 As a teenager, Randall Park went to record stores to buy CDs.

Now, he raps about punching Keanu Reeves in “Always Be My Maybe.”

Starring as Marcus Kim in Netflix’s recent romantic comedy, the alumnus paired up with fellow alumni Ali Wong and Michael Golamco to bring the film to life. The rom-com follows Wong as famed chef Sasha Tran, who runs into Marcus, her childhood best friend, after returning to her hometown. This may be Park’s first leading role in a major film, but he first began acting on stage at UCLA’s Northwest Campus Auditorium.

Park spoke with the Daily Bruin’s Kristin Snyder about the film, transforming into his teenage self and his time at Lapu, the Coyote that Cares Theatre Company.

Daily Bruin: You’ve said a lot of your character in “Always Be My Maybe” came from personal experience, but was there anything you were hesitant to include? Or did you want to be fairly candid?

Randall Park: I was pretty open because it certainly helped that I was writing it with two friends of mine, Ali Wong and Michael Golamco, who I’ve known for a very long time. It helped create this comfort level when we were writing where we would just be open about our stories that we wanted to incorporate into the script. And we were familiar with each other’s stories because we have known each other for so long that whenever something felt natural to put it in the script it was something that we all knew about. Not always, but a lot of the times we already were privy to those stories.

DB: Why did you and Ali Wong choose to portray the younger versions of your characters instead of hiring other actors?

RP: I think it was a practical thing. We knew that it would be hard to find actors that looked enough like us that were younger, and we didn’t want it to be too distracting to have actors that didn’t look like us or sound like us for such a big part of the movie, because those teenage years are a big chunk of the movie and there was a lot of comedy and story in those scenes. It just made sense for us to portray ourselves. But it was something that I was worried about because I was like, “I’m 45 years old, I don’t think I can pull off an 18-year-old version of me.” With the help of costume and makeup and some post production effect, I think we kind of pulled it off.

DB: What were some specific details that made that transformation successful?

RP: Our costume designer Leesa Evans is a genius, and she really understood the history of these characters and time period. And a lot of it came from our own teenage years and the way we looked. I wore super baggy clothes when I was in high school and in college. That was the look back then, and my character definitely wears some oversized clothes. The T-shirts with Amoeba Music, like this is a character who goes to the record store and buys CDs. That was definitely me during those years. I was big into record stores. Little touches like that gave the character a pretty strong backstory.

DB: While at UCLA, you co-founded Lapu, the Coyote that Cares Theatre Company – how do you think that has impacted your career?

RP: That was pivotal in my life, that theater company. It was a huge reason why, eventually, I decided to pursue acting professionally – because I fell in love with it at UCLA. I had no experience acting before UCLA. It was through that theater company that I discovered the power of acting and writing, because at LCC we would perform our own original material.

It was such a creatively fulfilling time, to be able to do that and make mistakes and also succeed and perform in packed houses of students who really enjoyed what we were doing. It was a magical time for me, and it definitely planted the seed for me becoming a professional actor, and also for “Always Be My Maybe.” It was literally written by three former LCC members, doing what we did back in 1995, which was write our own material.

DB: What are some standout memories from working with LCC?

RP: I remember the first show. Our very first show was a full-length play that I had written, and we went around campus, we were on Bruin Walk passing out paper fliers. We went to classrooms and asked professors if we could announce our show coming up before class. We’d make weird sketches before class would start to advertise our show. We had no idea if people would show up. But on our first night, the theater was packed, and we performed at the Northwest Campus Auditorium, and we had lines snaking out the door and we had to turn people away. During the actual show, the response was so strong. People were laughing and cheering, and it was such a gratifying experience that it really made us love theater and love telling stories. That first show was so magical, and it will always stay with me as this pivotal experience.

DB: Since then, you’ve dipped your toes in a number of genres, ranging from sitcoms to rom-coms to superhero films. Is there one particular genre you’re drawn to, or one you’d like to try out?

RP: I love the fact that I’ve been able to dip my toes into so many different things, and I want to keep doing a lot of different things. But I guess if there was anything, I’d love to play a detective on a “True Detective” type of show. That would be something I’ve never done, a more dramatic type show with comedic elements. But outside of that, I just love that I’ve been able to do so many different things. With “Always Be My Maybe,” when I haven’t been offered a certain type of role, I have the ability to write it and create it and I can do it on my own without having to depend on someone creating that role of me. It’s very empowering, and it’s something that comes from my years at LCC.