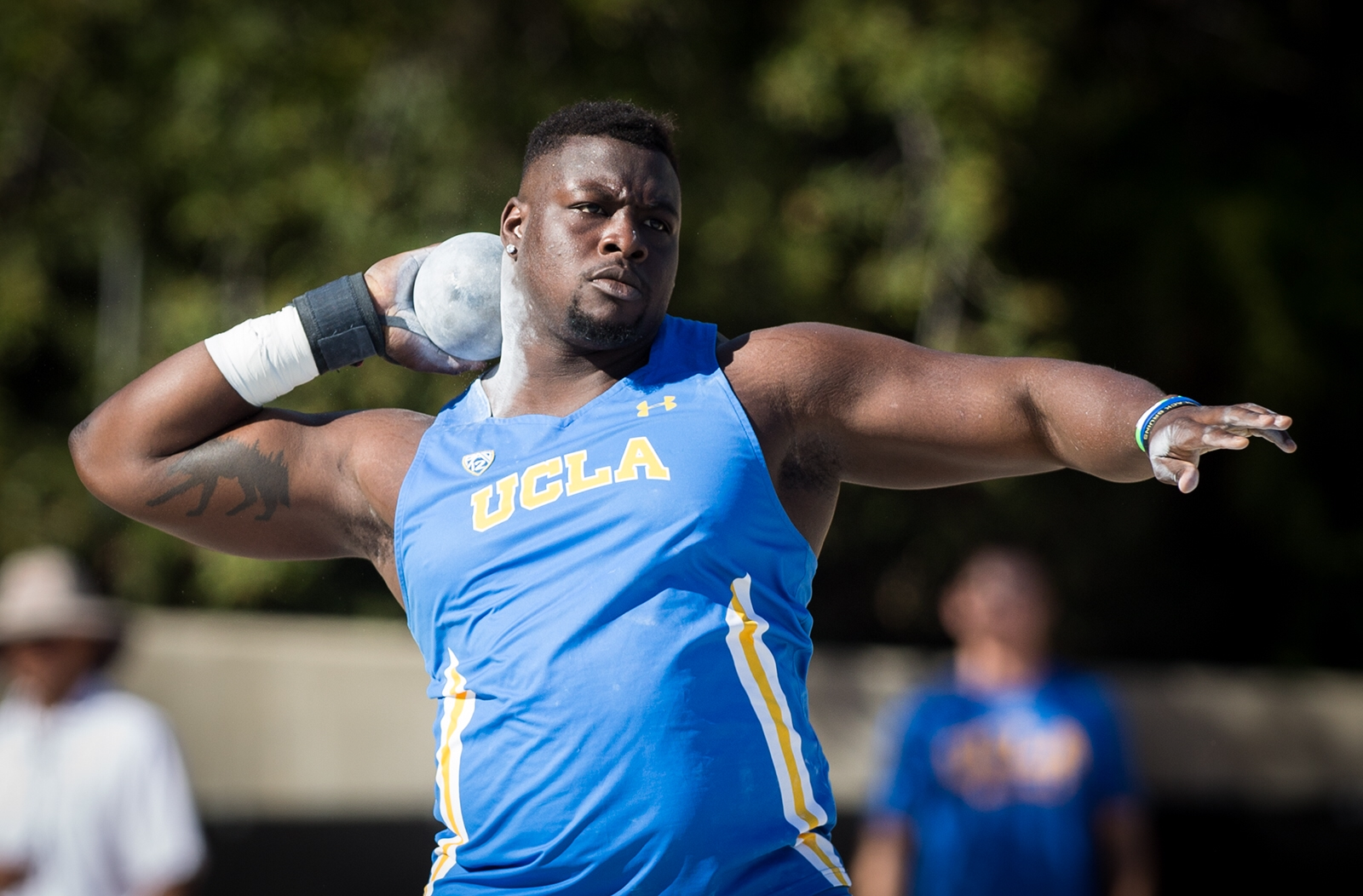 Outgoing thrower Dotun Ogundeji was a member of the No. 1 ranked UCLA men’s throwing team in 2019. After graduating Friday, Ogundeji said he is optimistic about the future of the team’s leadership. (Andy Bao/Daily Bruin)

The track and field program improved in the Pac-12 and nationally in 2019, but the Bruins said they’re chasing titles in 2020.

The UCLA men’s track and field team climbed the rankings throughout the outdoor season on the back of strong postseason performances. In the Pac-12 championships, UCLA tied with Oregon with only a few events remaining until Oregon went on to win its 13th consecutive conference championship.

At the NCAA West regionals, UCLA qualified its the highest number of athletes in 10 years, with five of the 20 going on to rack up First Team All-American honors at the NCAA championships.

Rising junior Alyssa Wilson arrived in Westwood during Anderson’s first year heading the program and has gone on to list her name among the Bruins’ best throwers in the UCLA record books. A week after scoring all 10 of the women’s points at the NCAA championships with three top-seven finishes in the shot put, hammer throw and discus, Wilson said she has plans to stand atop the podium in all three events in her final two seasons.

“(A clean sweep) is definitely one of my goals,” Wilson said. “I idolize the girl who did that in previous years – (former Arizona State thrower) Magdalyn Ewen. I just want to be like her.”

Outgoing thrower Dotun Ogundeji was a part of the U.S. Track & Field and Cross Country Coaches Association’s No. 1 ranked shot put squad in the country his freshman year and returned that honor to UCLA before graduating Friday.

Ogundeji said the leadership he instilled in rising redshirt junior Nate Esparza and rising sophomore Otito Ogbonnia will help to sustain the shot put unit as one of the upper-echelon event squads in the country.

“For track, my (10,000-meter) title is definitely my goal,” Brandt said. “It’s going to be something I’m looking to all throughout the summer and next year.”

Brandt was the lone contributor to the men’s tally of one point at last year’s NCAA championships. But with the team’s improvement this year, Brandt said the incentive of the possibility of an NCAA title adds more meaning to his races.

“Just talking to (men’s distance coach Devin Elizondo) after (the NCAA championships) and looking to next year, all that it has to bring for myself and everyone on the team is exciting,” Brandt said. “It just adds an extra layer – you’re not just competing for yourself now, but the whole team.”

Brandt said he will be vying for top-five finishes individually and as a team when he runs for the cross country team this fall.