Alumnus discusses playing a doctor on ‘New Amsterdam,’ what sets it apart 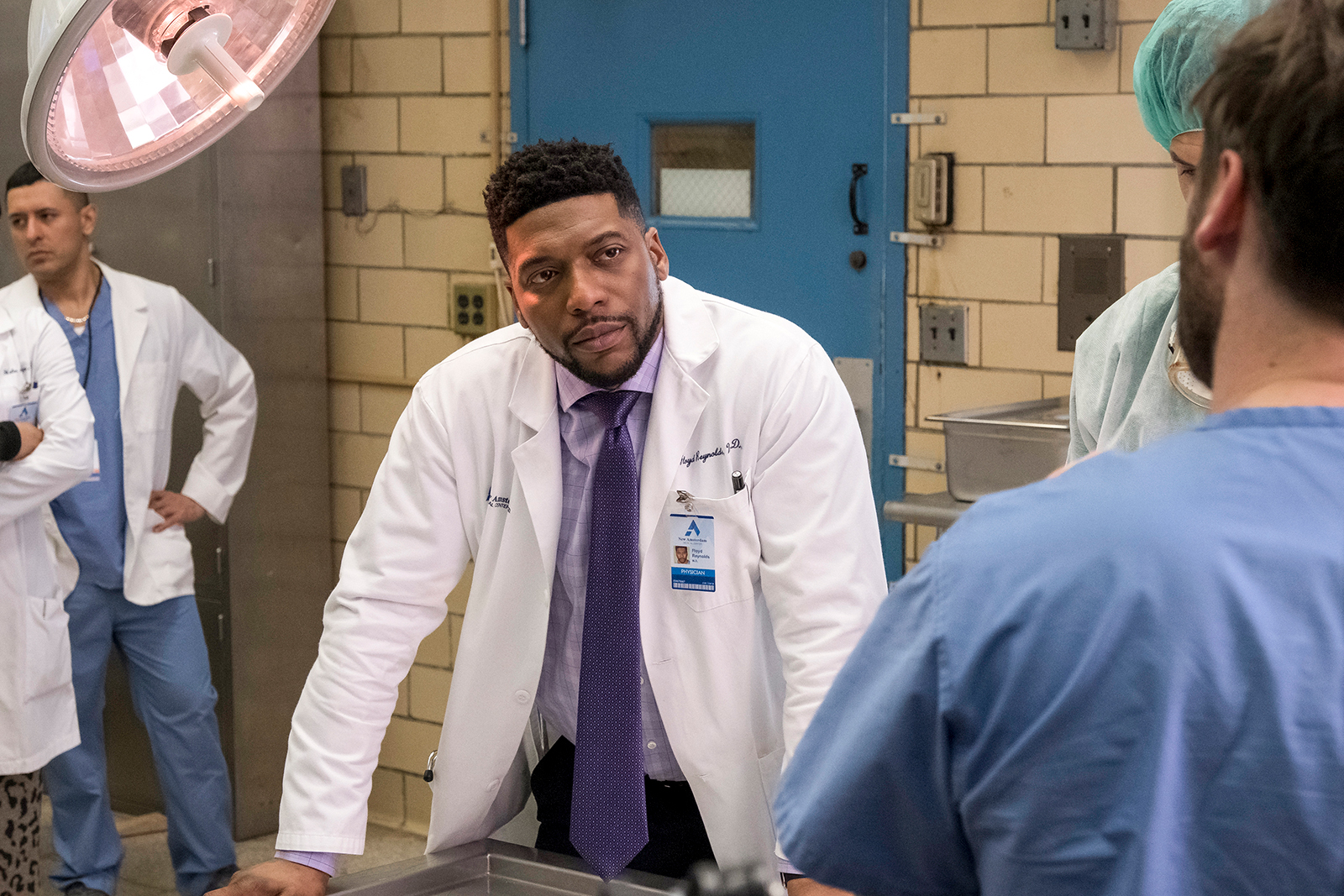 Jocko Sims has about 10 minutes to learn how to perform a medical procedure when he arrives at work.

The alumnus portrays Dr. Floyd Reynolds, a hospital’s head of cardiac surgery, on NBC’s series “New Amsterdam.” Sims said when he reaches the set, he receives a 10-minute crash course lesson on the procedure he is performing as well as proper medical terminology.

The medical drama, which ended its first season May 14, is based on true stories from the book “Twelve Patients: Life and Death at Bellevue Hospital,” written by Dr. Eric Manheimer. Sims said Manheimer wrote the memoir to reflect on his experiences – particularly his frustrations toward the bureaucracy and formalities of the health care system – as the medical director of America’s oldest public hospital. While playing a fictional character in a hospital based off the memoir, Sims said he learned about health care policies that people often deal with.

“What we try to do is tell this beautiful, heartwarming story – some of it real, some of it made up – and we also like to educate the country as to what’s really going on behind the scenes,” Sims said.

Every week, Sims said both himself and the show’s viewers learn more about the struggles that persist inside hospital walls. He met with the head of Bellevue’s cardiac surgical department, who he said faced the challenge of running a short-staffed department.

Sims also spoke to different medical professionals to properly execute procedures on screen. When acting out surgeries, Sims said some of the people behind him who may seem like nurses or medical assistants are actually real professionals in the field.

One of Sims’ advisers has been practicing medicine for 27 years. Sims struggles with suturing – putting together a stitch – in the show, he said, and often fumbles. So some of Reynolds’ suturing shots are actually his advisors’ hands. The rest of the shots are still performed by Sims, with his advisor aiding in terminology.

“He’s making sure I look like I know what I’m doing, and making it look like I’ve been to school for 12 years and I’ve done 200 of these surgeries. The medical advisors, they’ve seen it all,” Sims said. “I learn from them every day.”

But Sims said “New Amsterdam” viewers do not need to be interested in the medical field to enjoy the drama’s scenes. Viewers keep up with the show because it depicts medical issues that people across the country are also dealing with, Sims said.

“You can have something that’s a little more everyday, like a headache, and then you dig deeper and you find that this person is having an aneurysm. That kind of scares people; it makes it interesting for them to watch,” he said. “These are things that can happen to all of us and all of us will be in the hospital one day unfortunately.”

Beyond scientific issues, Sims said “New Amsterdam” also addresses the red tape in health care – excessive bureaucracy and policies – that Manheimer discussed in his memoir. One of the show’s storylines follows a young boy who undergoes a heart transplant and needs specific medications after the surgical procedure, but his parents had to cut his dosage in half after losing their insurance.

Fowsia Shariff, a viewer who runs an Instagram fan account for “New Amsterdam,” said the boy’s parents in the episode are given the option to divorce to qualify for medical coverage and provide their son with the medications, but are no longer able to marry again. While they eventually received their son’s medications, Shariff said she saw all the complications they had to go through. She said the show opened her eyes to the health care system’s different layers, such as the financial rules and loopholes.

There are often medical inaccuracies in medical dramas, said third-year biology student Jaqueline Madrigal, a pre-med student who volunteers at Ronald Reagan UCLA Medical Center. She has not watched “New Amsterdam,” but she said she has noticed incorrect medical practices in shows like “The Good Doctor.” Even though medical dramas can lose their scientific credibility, she said she likes that shows are promoting more awareness about disparities in health care.

Issues concerning medical finances and accessibility impact many people and will continue to abound in America unless they are talked about, Sims said. He has learned about the absurdities within health care while filming, Sims said, and hopes viewers learn while watching too.

“It’s a very relatable situation and putting it in the realm of film and television, you have the ability to heighten the stakes and make it very interesting,” he said. “What sets our show apart from all the others out there, we are the only medical drama on television out there based on a true story.”