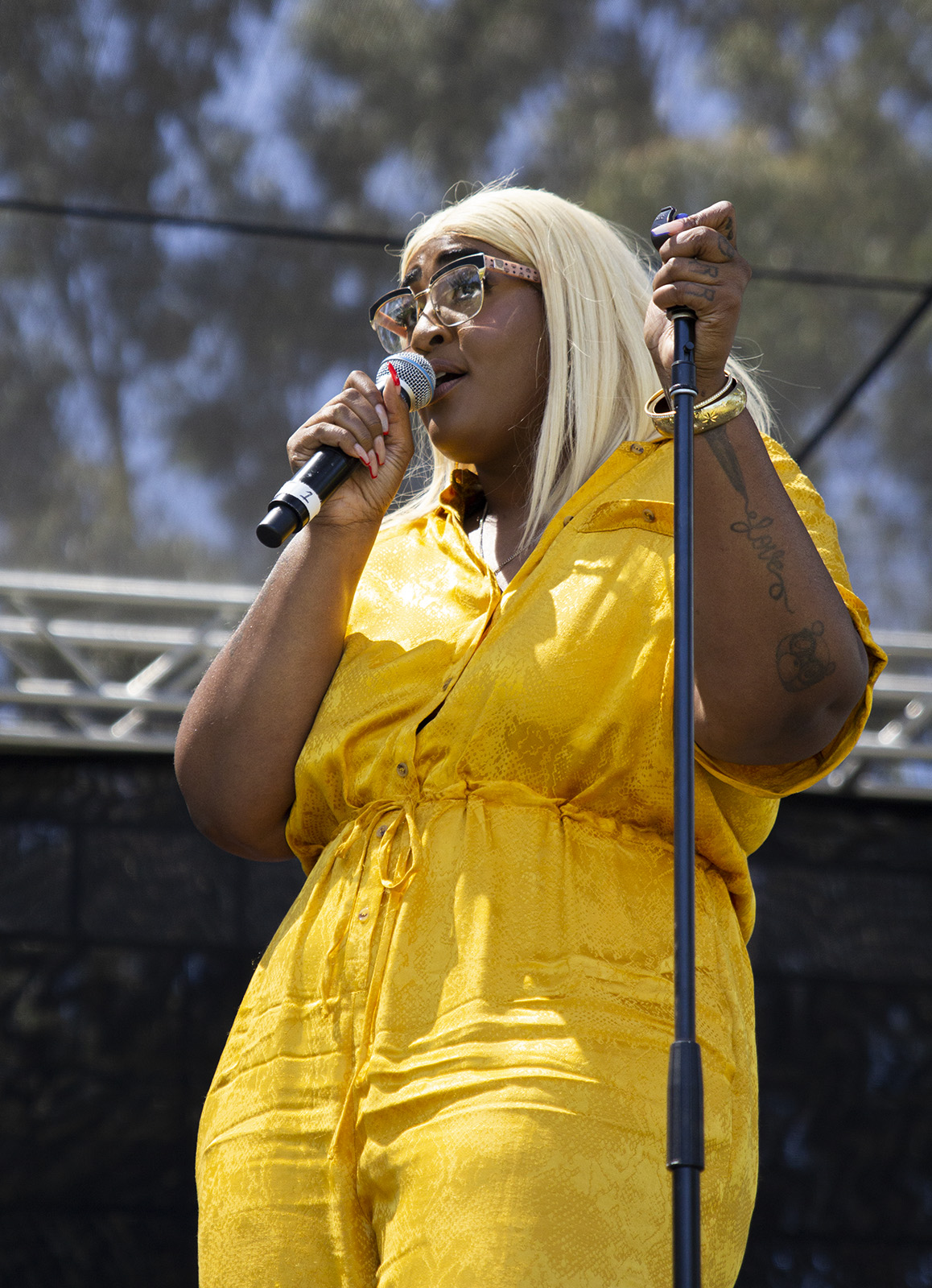 The May gray subsided just in time to shine sun down upon the 33rd Annual JazzReggae Fest over the Memorial Day weekend.

The music event, held Monday at the Sunset Recreation Center, featured performances from a motley of seven artists, including two jazz groups from the UCLA Herb Alpert School of Music. Despite the previous night’s heavy rain, the crowd trickled in over the course of a few hours, mostly laying on blankets and perusing the vendors and live artwork.

The festival began just after noon with a few songs from The Roswell Universe, an eight-member group that plays a subgenre they call “International Space Music,” which featured synth tracks underneath their instrumentals. The band’s performance included dynamic trumpet and saxophone sounds more akin to ska than reggae, but most of their songs still featured smooth, jazzy rhythms.

Between performers, DJ Q Bwoy reminded patrons that the festival had been “jamming since ’86,” in reference to the event’s first on-campus occurrence. He played classic reggae as well as R&B songs from Bob Marley to The Temptations and encouraged the crowd to support the performers with applause. Q Bwoy introduced every artist who took the stage thereafter, including the two UCLA music groups.

“These young men and women are the future of jazz in this nation,” Q Bwoy said.

The UCLA Contemporary Jazz Ensemble kicked things up a notch with traditional-sounding jazz numbers. Though the songs were rhythmically consistent, the melodies felt a little heavier and more instrumentally full with the large number of performers on stage.

In contrast, the ensemble from the Herbie Hancock Institute of Jazz Performance at UCLA featured about half a dozen players, with a strong emphasis on the horn section – and one harmonicist. The performance included more time devoted to freestyle solos, particularly in the horn section. The bass guitar, keyboard and drums provided consistent, fast rhythms which paired well with the horn-focused performance.

The festival then moved on to more vocal performers with the stylings of Rayana Jay – an R&B singer who encouraged the audience to bounce to the music as she sang a variety of slow- and fast-tempo tunes. Her low, earthy voice evoked a tone equivalent to soul singers like Diana Ross or Mary J. Blige. She was also the first performer to include the audience in a call-and-response, as they helped her sing her song “Sleepy Brown.”

“I just came to sing some songs, is that alright with y’all? Good, ’cause I was gonna do that anyway,” Jay said. “I hope y’all are still rocking on y’all’s blankets.”

The vocal trend continued with a performance from Etana, a Jamaican reggae singer who recently received a Grammy nomination for her album “Reggae Forever.” Her music strikes a strong balance between the rhythmic sensibility of reggae and the vocal harmonies of R&B. She encouraged the entire audience to get on their feet to finish out the set.

Chicago-based hip-hop singer Tobi Lou then performed for a full 45 minutes. Between songs he talked to the audience about his time as an Uber driver, and that his appreciation for hard work has influenced his music. But he said that he misses being a student sometimes.

The last musician to grace the stage was Freddie McGregor, an old-school reggae maestro from Jamaica who has been releasing music since the 1970s. Some audience members rushed toward the barricade to get as close as they could to the reggae legend. His sound was classic to the genre: simple beats, smooth rhythms and silky lyrics celebrating good feelings and marijuana.

Before McGregor took the stage, however, co-director of the JazzReggae Fest, Nosalina Joane Omorogieva, voiced her appreciation to the crowd for coming out on the hot, sunny day to see the performers play for them. She thanked the performers as well as the security, staff and volunteers for helping make the event possible.

“Thank you for making this festival a terrific experience for everyone,” Omorogieva said.