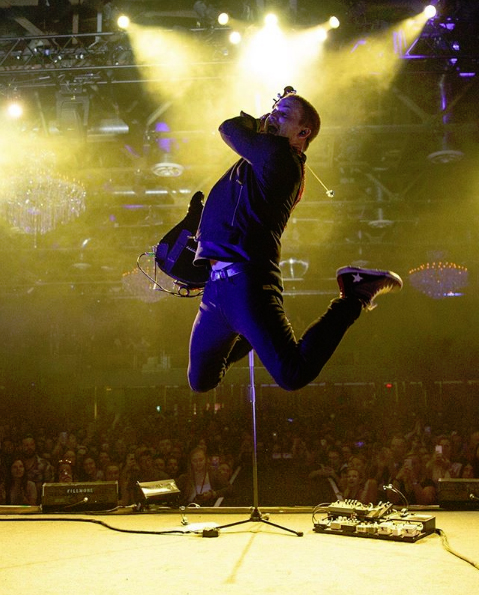 Country music star Hunter Hayes released his first single, “Heartbreak,” following a three-year break from releasing music. He will perform at The Fonda Theatre on Saturday.
(Courtesy of Brenton Giesey)

Heartbreak isn’t a bad thing – it gets people closer to where they’re going, Hunter Hayes said.

Whether it’s his music career or love life, the country music star said “Heartbreak” is more than just the title of his latest single. In his own life, he said both his career and his relationships helped him develop an attitude of persistent optimism, which is embedded in the song’s lyrics. Ahead of his performance at The Fonda Theatre on Saturday, Hayes spoke to Daily Bruin’s Ruthie Glauber about his writing process, the evolution of the country genre and accepting being different.

Daily Bruin: What drives you to create music?

Hunter Hayes: Anything and everything. It’s just how I understand life. Most days it’s a friend, a relief, it’s therapy, it’s an escape or a vacation. It’s my way to communicate with the world – my only way sometimes.

DB: What do you enjoy most about the songwriting process?

HH: Starting with nothing. Having a thought and knowing that there is no wrong answer in music. It’s always a matter of expression, so there’s a million different ways to do things, and there’s also limitations. There’s 12 notes and everybody’s played them all, so you’ve got to rethink and be creative with it, but I love that. I really love the search, whether it’s finding what I want to say – because it’s very seldom that I know already – or the search for something I haven’t heard yet but want to hear.

DB: How is your new single, “Heartbreak,” different from your previous releases?

HH: This whole album has a completely different theme, and when you hear the rest of it, it’ll make sense in context, but the thing I loved about “Heartbreak” was that it was a new kind of love song for me. Normally, I have someone that I’m talking to, whereas for this chapter and album there isn’t. I really wanted to write a song to my future better half that I haven’t met yet. I’ve never really written something like that, and it represents everything that I went through to make the album – looking at it with a positive spin and being grateful for it, because I have to be and I am. I wouldn’t have gotten here if everything went perfect. I love the optimism and the way that it looks at life experiences.

DB: How do you think country music is impacted by the recent releases of more untraditional artists such as Lil Nas X and Kacey Musgraves?

[RELATED: Second Take: With ‘Old Town Road’ the memes have won, but music quality has lost]

DB: Where do you feel your place is in that developing country genre?

HH: I feel like I don’t fit in the middle, or in the expected, but I like being the weird one – I am the weird one, I’m the nerd. What I want from my music, and my biggest message on this tour, is being unique and not fitting in but standing out. More people my age need to hear that, or at least I need to hear that more often. There can be a lot of pressure to fit in, and in trying to answer that question I ask myself where I fit in, but the idea is to be different. We all have a fingerprint that make us completely different people, and we’re all meant to tell our story our own ways. So if the good Lord is willing and I get to make music for the rest of my life, I’ll constantly be looking for ways to be me.

DB: “Heartbreak” follows a three-year pause in your music release. What did you do during that break?

HH: I was writing nonstop and touring, but it was all for nothing, unfortunately. That was the era of trying to be something I wasn’t. It was years of writing and trying to find what I needed to say. I was writing for the machine at that point, trying to advance my career. I was writing for the wrong reasons, let’s put it that way. I just needed to return home and ask that big question of, “What do I want to say?” That’s when everything really came together and when the songs started showing up, and it’s how I got this album.