Jacq’ed Up: NCAA beach volleyball’s double elimination bracket has a flaw in the system 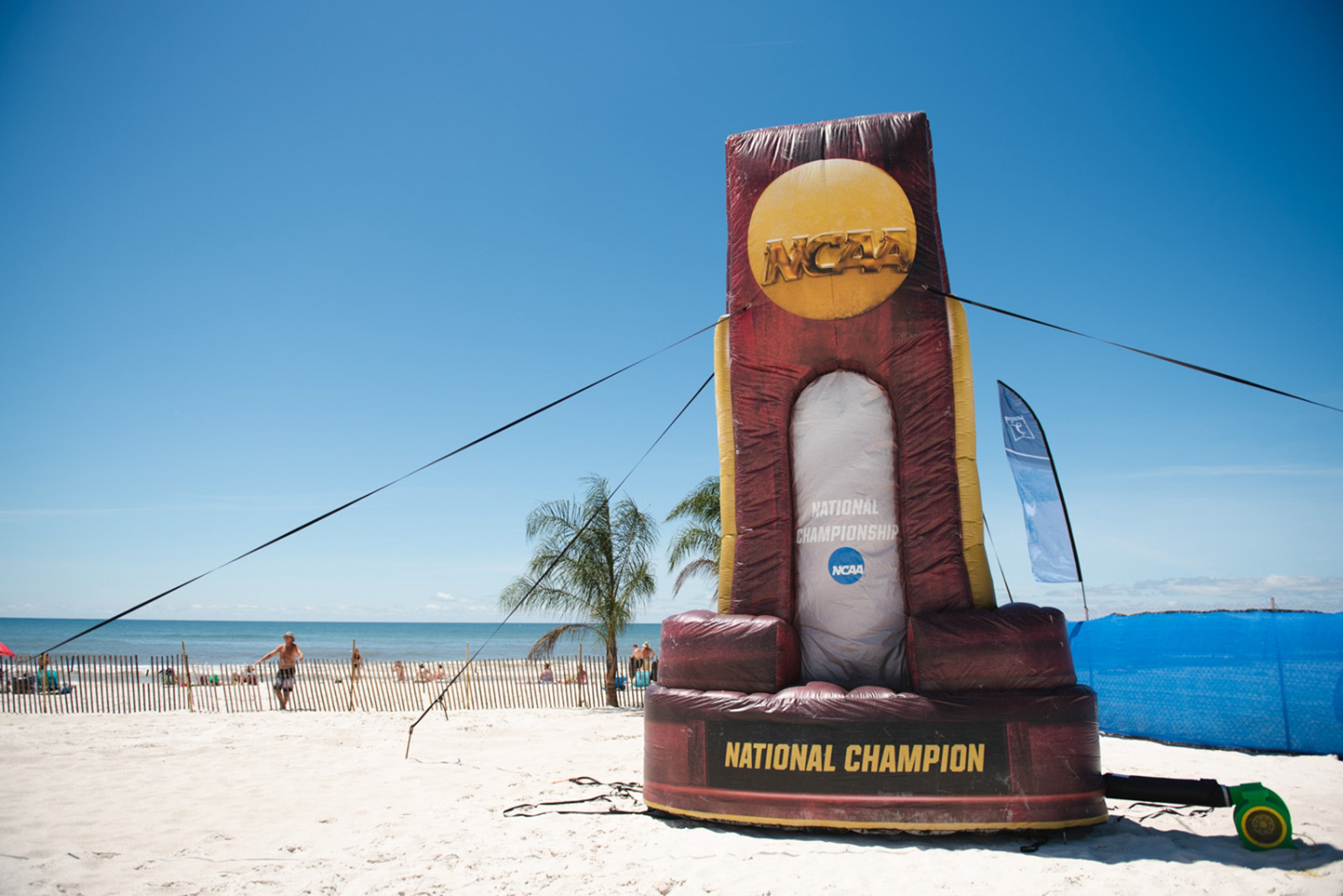 UCLA beach volleyball has won two consecutive national titles. This year the Bruins didn’t drop a match in the NCAA championship, but last year UCLA dropped into the elimination bracket and benefited from flaws in the double elimination format. (Alice Naland/Daily Bruin)

UCLA beach volleyball defended its 2018 national title with another victory in May.

This year’s undefeated tournament run proved the Bruins’ dominance – but last year, UCLA got lucky. Actually, the Bruins took advantage of a flaw in the NCAA championship’s double elimination format.

A double elimination bracket begins like a normal eight-team bracket, with teams matched up according to their seeds – No. 1 vs. No. 8, No. 2 vs. No. 7 and so on. The difference here is that a team that loses in the first three rounds is not eliminated, but rather sent down to the losers bracket, where it has a chance to play itself back into the final match.

In order to win the championship out of the losers bracket in most double elimination tournaments, a team must beat the winner of the winners bracket – which has yet to lose – twice to ensure each team gets the advantage of a second chance after a loss.

But not in the NCAA beach volleyball championships.

Double elimination – as carried out in the NCAA championships – allows a team to come through the winners bracket undefeated and then be eliminated by a single loss in the final without the cushion of a “second life.”

In other words, it’s not real double elimination.

In 2018, then-No. 1 seed UCLA lost to then-No. 4 seed Florida State in the second round and faced the Seminoles again in the final. UCLA triumphed in the rematch to win the title – but it didn’t have to defeat Florida State twice.

The Seminoles suffered just one loss to UCLA in the final which, in a double elimination format, should grant them another chance just like every other team. But not in Gulf Shores, Alabama.

It is true that winning the championship through the elimination bracket is more difficult than winning through the winners bracket, considering said team has to play additional games on its way to the final. But it is still not particularly fair that the tournament’s best team prior to the final can be eliminated after just one loss.

This is especially prevalent when, as in many cases, the teams competing in the final have already played each other in the tournament. If the teams split the matches 1-1, the title goes to whichever team happened to lose the first and win the second – even though the series is tied.

The NCAA beach volleyball championships’ fake form of double elimination needs to end. But for now, UCLA sports fans can revel in the Bruins’ back-to-back national titles – even if there was some luck involved.

And UCLA will need all the luck it can get to catch up to Stanford’s 122 championships.