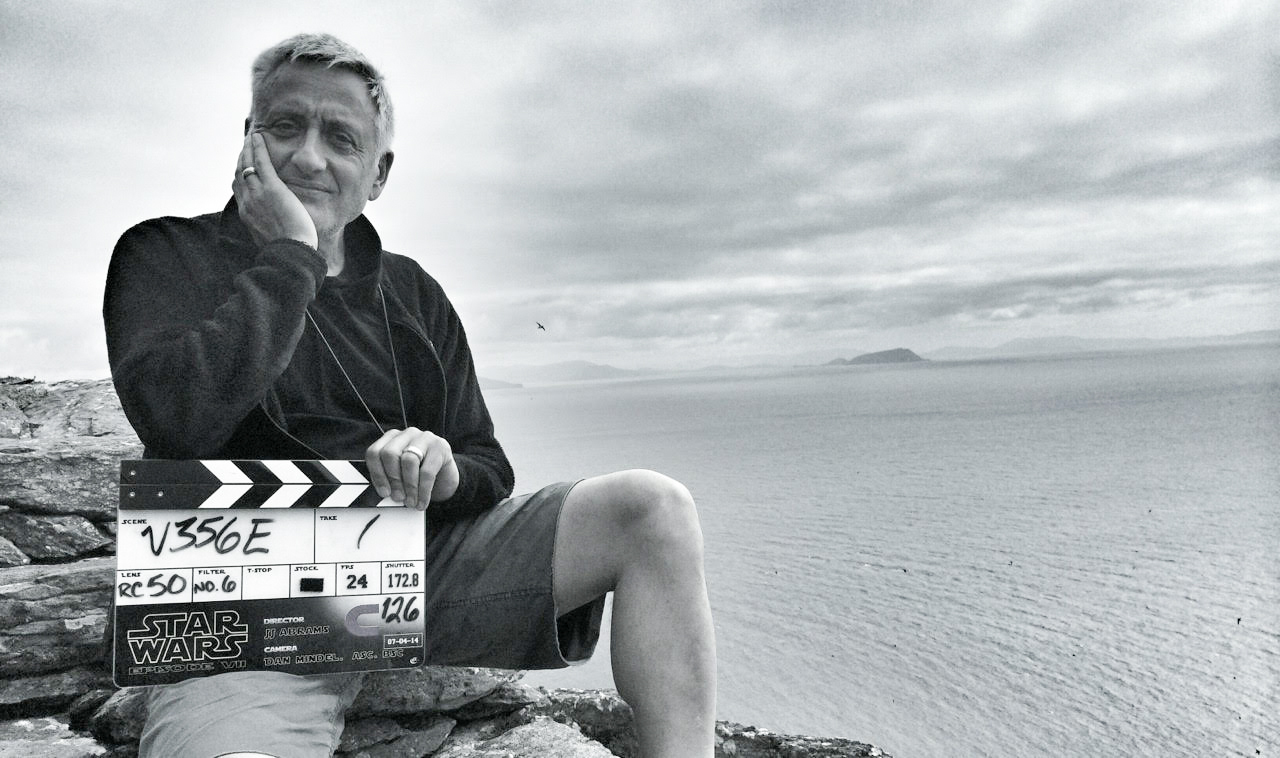 Dan Mindel, UCLA’s cinematographer-in-residence, returns to the Star Wars franchise in December with “Star Wars: The Rise of Skywalker.” The key to franchise films is in finding a balance between keeping the tone set by the creators of the previous trilogies while finding a way to give audiences a fresh film, Mindel said. (Courtesy of Simon England)

Magic is in the mistakes we make, said Dan Mindel.

The recently announced 2019-2020 cinematographer-in-residence at UCLA’s School of Theater, Film and Television has worked on a number of films, including “Star Wars: The Force Awakens” and “Star Trek Into Darkness.” Mindel will return to the “Star Wars” franchise in December with “Star Wars: The Rise of Skywalker.” In working on the film, Mindel said he focused his efforts on retaining the parables and legacy left by the filmmakers of the original franchise.

Mindel spoke to the Daily Bruin’s Paige Hua about his process as a cinematographer tackling franchise films, the necessity of learning from mistakes and the magic of cinema.

Daily Bruin: As a cinematographer, how do you begin to tackle a project?

Dan Mindel: The obvious answer is the script. It’s the potential found in the script that catches my eye when I am looking for new projects. The hard thing to reconcile is the fact that there’s movie business and movie art. The movie business is what I have inadvertently become involved in. As a cinematographer, I work on these giant tentpole movies, and it has sort of shaped the sort of scripts that come my way. Instead, other times the discussion of the story will come to me from the director before the script. Someone like J.J. (Abrams), who I’ve worked with for years, will talk to me, and I will ask to work on the film regardless of the script, given our relationship.

DB: Is there a certain amount of pressure involved with working on franchise films that have become such cultural phenomena like “Star Wars” and “Star Trek?”

DM: With movie business and franchise films, there’s a heightened expectation of the studio to make an engaging, fun film to watch that is financially rewarding for them. Therefore, the movie business becomes a lot about how we frame the movie for the zeitgeist of the moment seeing that these are pop cultural stories and franchises.

DB: What are the similarities and differences you found in working on these films?

DM: The ingredients are all basically the same in a technical sense. The lights, the film, the cameras – but the stories are all definitely different. We try to create different aesthetic environments to put the stories in. Usually, the story leads the environment that we’re going to use, but sometimes it’s the other way around where we have a story, and we have to bring an environment that’s a little different to try to put it into a more exciting place for the audience to watch it.

DB: Is there a line that has to be drawn between the cinematographer and the CGI department with these films that involve heavy amounts of CGI?

DM: Definitely. For more than 15 years I’ve made it my business to understand the CGI world. I was fascinated with it very early on. It’s probably one of the reasons why I end up doing these pictures is because I was a very early adopter of the technology and how to make it work better for me. Part of it is the understanding of where that line lies. I learned from the visual effects coordinators that if I give them good ingredients, they can come up with good CGI.

DM: The levels of interactivity of the light and the sets; we try to include as much in camera as possible. I am very reticent to film on a completely green screen or green set. Sometimes we have to do that – and it’s becoming more and more common – but my first use of CG technology is to get us out of trouble if we can’t do it physically. I try to teach this to my classes that we have to avoid the CG as our first tool. Our second tool is CG and our first tool would be the “magic of cinema” which is doing it on camera.

DB: What challenges do you find when you move between genres of work as a cinematographer?

DM: The challenge is not to repeat oneself over and over. It’s to try to bring different looks and feels and make the camera feel like it’s not been in that place before. We try to bring a bit of magic every time we make a movie so that people get the impression that we are not just coming in, throwing the lights on, pointing the cameras and just shooting. A lot of thought goes into how we’re going to make a film and how we’re going to make it something that’s fun and fresh for the audience to watch.

DB: What advice do you have in regard to balancing the movie business and the art of the cinematographer?

DM: I think the prime ingredient for any sort of creative person is to always try new things. They can’t be frightened to fail. Magic comes from the mistakes, and making mistakes is OK. The thing is that, at a corporate level, you can’t make mistakes on someone else’s dime and when there is a schedule and vast amounts of money at stake. Accidents have to happen before you get to that point, and knowing when and where to try things out is part of the learning process.