Album review: Mac DeMarco refuses to be kept in a box in his latest ‘Here Comes The Cowboy’ 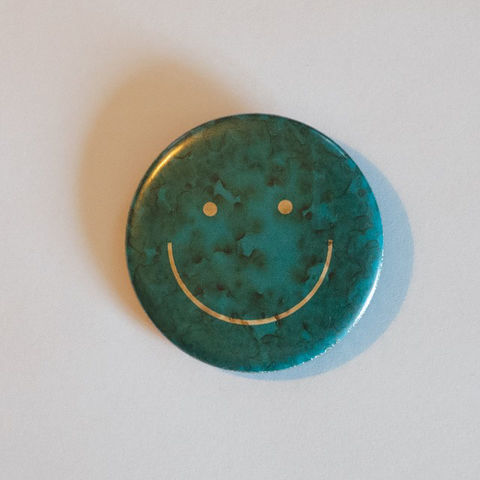 Wandering through a lonely plane of self-reflection, Mac DeMarco finds a new satirical voice to share with the indie genre.

Mac Demarco’s first release since “This Old Dog” in 2017, the new album lacks narrative flow and a stable tone, but banks on repetition to mercilessly drive home a message meaningless to everyone but DeMarco himself. Steeped in self-reflection and indifference to its audience, “Here Comes The Cowboy” represents a shift away from his catchier repertoire and a transition in persona for DeMarco from a lazy brilliance to a satirical commentator.

In the title track, the phrase “Here Comes the Cowboy” is hypnotically repeated against an acoustic Western backdrop, prepping the listener for a more cinematic album – or at least something different from DeMarco’s usually laid-back vibe. Whether the album goes on to wholly reflect this tone is another question, and the answer ends up varying from track to track.

The song is succeeded by the album’s true opener, “Nobody,” a melancholy ode to DeMarco’s life as a public figure. With lyrics describing himself as “another creature who’s lost its vision” and “a fixture,” it’s clear DeMarco is unsatisfied with the one-sided characterization of his fame so far, and the album certainly promises to uproot it.

The track, alongside later songs “All Of Our Yesterdays” and “On The Square,” stands out for covering the effect of passing time on DeMarco’s identity. These songs, released ahead of the album itself, are the more commercially appealing tracks as their sounds resemble his earlier, mellower albums. Still, the true meat of the album comes in arguably the most fruitless tracks.

“Finally Alone” and “Choo Choo” continue the trend of inconsequential lyrics and monotonous melodies. The former follows a storybooklike lyric narrative, and the latter is reminiscent of Haruomi Hosono’s “Choo Choo Gatagoto,” a cited influence on DeMarco’s work, with its funky guitar lines and consistent percussion. The issue with the songs, though, is how disjointed they are from the melancholic tracks they punctuate – their peppiness has no purpose aside from disorienting the flow of the album’s core, somber sound.

The middle of the album hints at a return to the original Western motifs found in the first song, with birds chirping softly in “Preoccupied” and cowbells in “Heart To Heart.” The songs restore the flow of the album with predictable melodies. The guitar riffs sound fresh, but are similar enough to DeMarco’s earlier releases that they seem to reflect his “backyard” recording style more than the grander Western space he sets up in “Here Comes The Cowboy”.

The album this far is notably darker in tone than its predecessors, despite what seems to be a superficial effort in emotionally vulnerable lyricism. Evidenced by the dead space transitions between tracks and the album’s trancelike, gloomy tone, the songs bear comparison to those of artists like Air and The West Coast Pop Art Experimental Band. It’s certainly not what’s expected from a spring album.

Still, the gem of the album, “K,” breaks away from these disorienting contrasts and delivers a love song that’s authentically on brand for DeMarco. With crooning lyrics and gentle devotion, it fits into the picture of a lonesome cowboy serenading his woman from afar. “K” is where the album speaks to the listener in simple terms, an accessible oasis among satire-ridden, self-reflective tracks.

“Hey Cowgirl” reinforces this return to simplicity, offering a fresh acoustic guitar and renewed Western lyrical motif. It seems DeMarco isn’t trying to make a great album, but he’s instead trying to comment on his own inability to be kept in a marketable box, assigning humor to the “cowboy” campiness he initially tries to infuse. In the same vein, a self-reflective streak emerges above monotonous lyrics and a limited vocal range in tracks like “Little Dogs March” and “Skyless Moon.”

“Baby Bye Bye” closes the album on a final attempt to incorporate each musical aspect used throughout the album. Flowing through cinematic piano, upbeat acoustic guitar and gong transitions into a more distorted piano theme, the track is both confusing and amusing. With the final third of “Baby Bye Bye” alternating between shouted “yeehaws,” guttural screams and crazed laughter, the cowboy motif is clearly a mockery of his commercial audience trying to impose a theme of uniformity on what is really a personal collection of melancholic anecdotes.

Confirming what could have been sussed out from the opening song, DeMarco doesn’t seem to care what listeners think of the the album. “Here Comes The Cowboy” is a personal project, and in this sense it retains the authenticity, albeit more rooted in satire that made DeMarco the indie household name he is.