The Quad: The story behind the remains of a Nazi property in the hills of LA 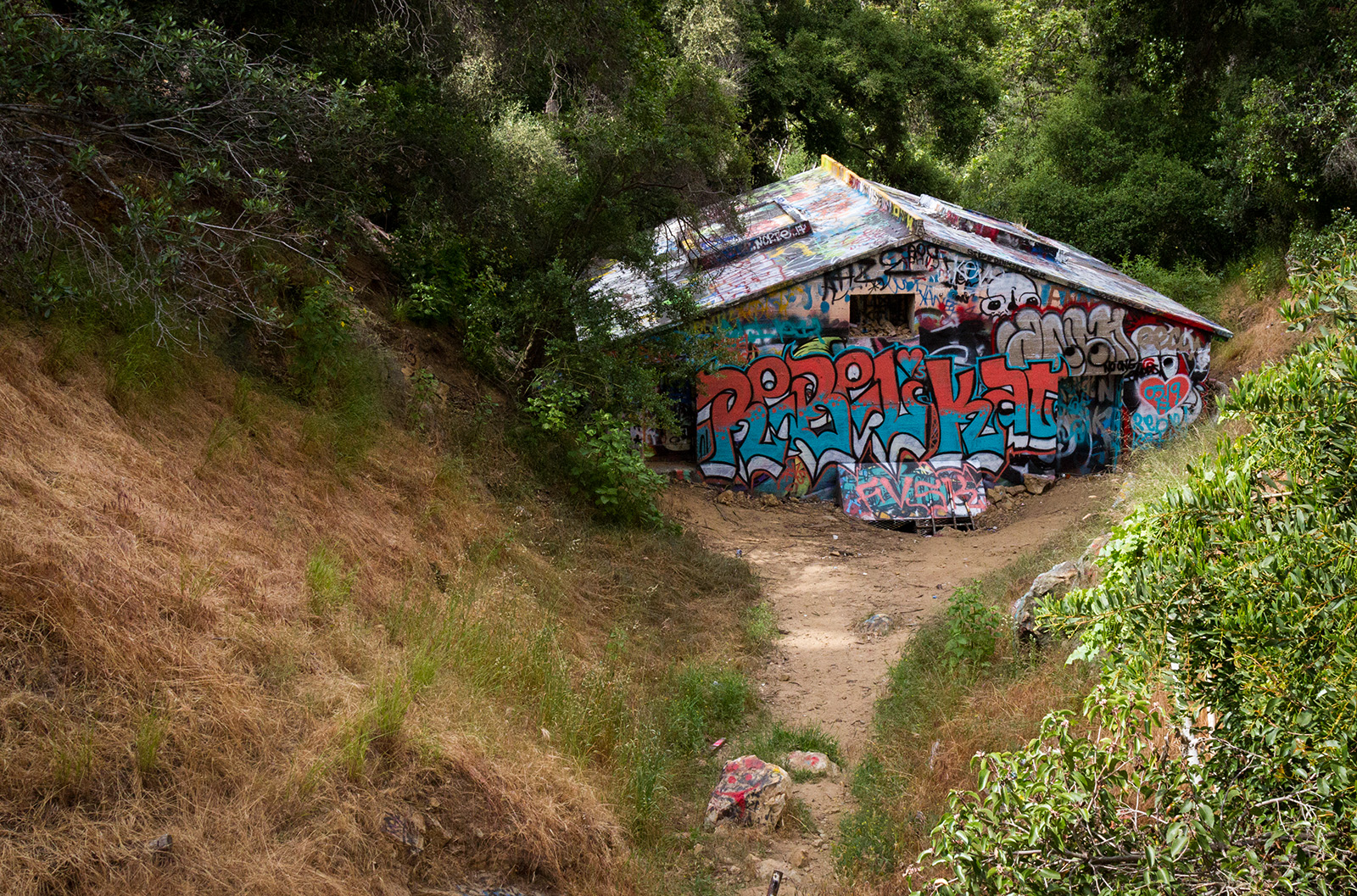 Hidden in the Santa Monica Mountains on Murphy Ranch are the remnants of what was once a hotbed of Nazi and anti-Semitic activity in the 1930s. (Rachel Hefner/Daily Bruin)

Nestled in the hills of Santa Monica along a popular hiking trail – not far from the mansions of Hollywood’s elite and about six miles away from campus – lie the remains of an antisemitic enclave rumored to have been a hotbed of Nazi activity in the United States.

Inconspicuously located at the bottom of a 500-step descent, the graffiti-ridden remnants are just as mysterious as they are eerie. Who lived there? What were they doing?

Nobody knows for sure.

A journey down the rabbit hole gives onlookers a small peak at the inner workings of the Nazi mentality and highlights the virulent nature of the activity of the Third Reich, which spread from the bogs of Berlin to the slopes of Santa Monica.

In 1933, Winona and Norman Stephens, sympathizers of the Silver Legion of America, purchased the plot of land under the pseudonym “Jessie M. Murphy.” They believed that the Nazis would defeat the American army in World War II and would need a self-sustaining community from which to initiate their escapades in the United States, according to the Huffington Post.

The group with which the Stephens duo affiliated modeled itself after Hitler’s Brownshirts. They advocated for a “Christian commonwealth” governed by the two “L’s” – loyalty to the United States and liberation from materialism. The way to achieve such things, the Silvershirts believed, was to remove Jewish people from all positions of power as, according to them, Jewish people were a “predatory people.”

Not only did the Silver Legion expect victory from the Nazis in Europe, they assumed that they would gain such momentum in the United States that they would require a bomb shelter, a large water tank, a power station, a workshop and plenty of land on which to grow food.

Here lies one of the mysteries of the fascist American dream. If the Nazis expected that their popularity in Europe would follow them halfway across the globe, then why would they need their land to be self-sustaining? Would they not usurp land and resources from those who they deemed inferior the same way they had before? And if that wasn’t the plan, what business would they have secluding themselves in the backyard of one of their most prominent enemies?

As for the inhabitant of the estate, a man named Herr Schmidt who claimed to have metaphysical powers, came from Germany to rule. According to oral histories, Schmidt reasoned that the stronghold was necessary because after the Nazi victory, anarchy would break out across America and the Nazis would need a place to wait it out before emerging to impose order.

The Stephenses believed this premonition and bankrolled construction worth $4,000,000. Interestingly, despite their tendencies toward white supremacy, they hired an African-American architect named Paul Revere Williams who, aside from planning the buildings that actually came into fruition, had blueprints for a four-story mansion with 22 bedrooms, five libraries and several dining rooms.

While the Nazis may have been living in an alternate reality in which they won the war, nobody else was. The day after the bombing of Pearl Harbor, law enforcement stormed the ranch and arrested Nazi sympathizers, including Schmidt, who they believed to be a Nazi spy. The Stephenses sold the property to the Huntington Hartford Society who later turned it into an artists’ colony.

In 2016, the City of Los Angeles, which bought the property in 1973, demolished the most decrepit parts of the infrastructure to ensure that it didn’t collapse spontaneously and injure hikers.

The fact that the ranch is located near a hiking trail is coincidental, but its proximity to Hollywood is not. Seeing that there were many successful Jews in the entertainment industry, the Silver Shirts strategically selected a location bustling with the very people they sought to eradicate.

Even from afar Hitler was concerned about the Jews dominating the studios of Hollywood. That’s why Joseph Goebbels, Hitler’s minister of propaganda, worked with the German consul in Los Angeles to ensure that Jewish producers could not make any movies that might have swayed the American public opinion against Hitler’s ideology. As a result, the number of American films shown in Germany declined by almost 50% between 1933 and 1936, forcing Jewish producers to contend with the German consul if they wished to maintain their salaries and reputations.

Murphy’s Ranch was far more than a post-war sunshine getaway for the Nazis. It serves as a sinister reminder that the atrocities of Hitler’s regime were not as far removed as we might have thought. And sadly, neither are today’s forms of anti-Semitsm.

According to the Anti-Defamation League, California accounted for the highest number of anti-Semitic incidents in 2018. In October, fliers blaming the Jews for sexual assault allegations against Brett Kavanaugh circulated around two UC campuses. In the same month, an Irvine synagogue was vandalized with anti-Semitic graffiti. In April, a synagogue shooting in Poway, the second in a year, left one dead and three injured.

The thing about Nazism and anti-Semitism is that they sprout on the fringes of society and they fester and evolve faster than anyone can bat an eyelash. They continue to surface in far more violent forms than a spooky ranch in the middle of nowhere built on the fallacy of a foundation that the oppressor is the one who wins.