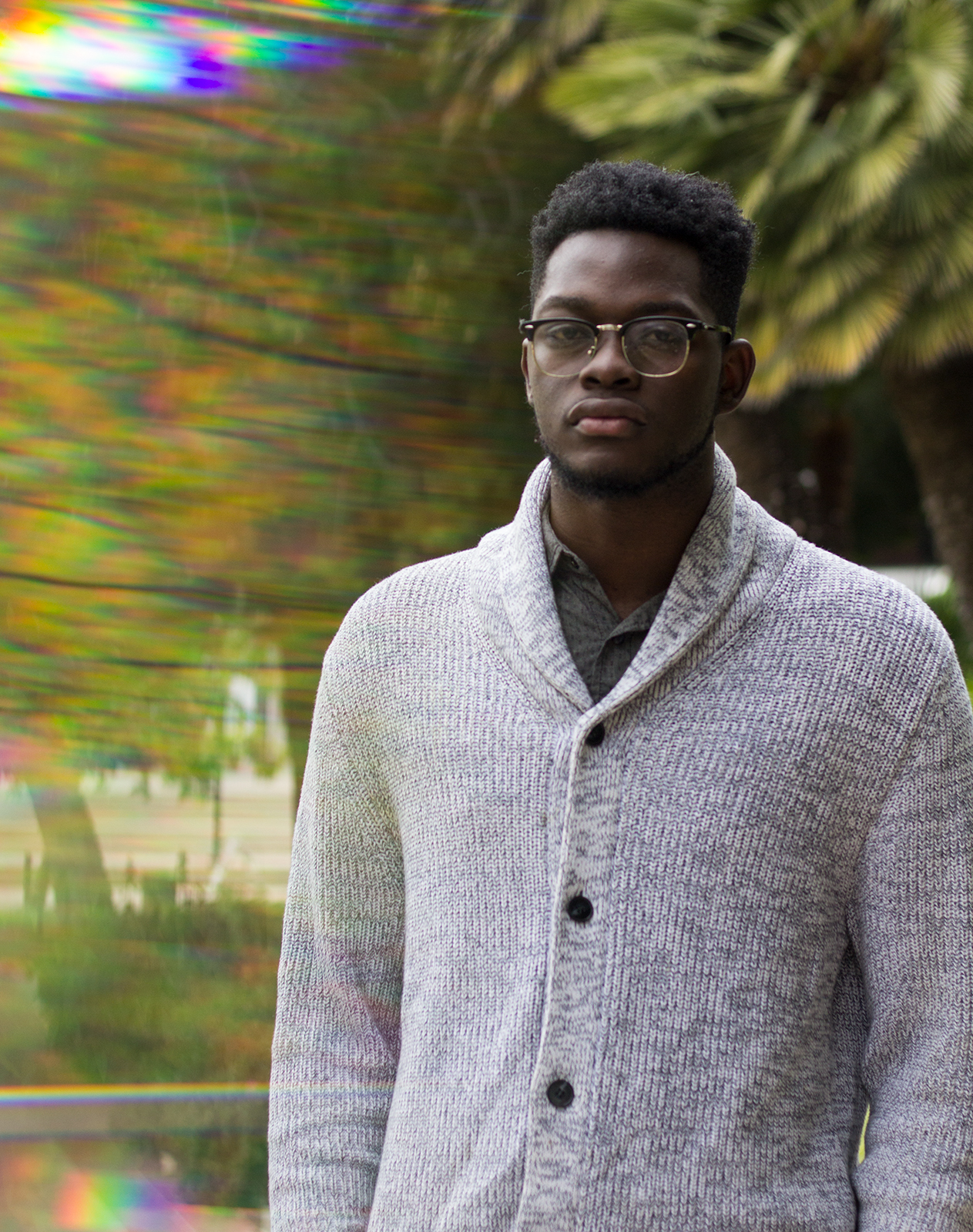 The Daily Bruin spoke with students involved in both productions about the inspiration behind their roles.

The play is an Afrofuturist-inspired work where four characters – Astronaut, Goddess, Light and Child/Mourning – explain their life experiences and struggles before banding together for a common goal, said Priddie, a third-year theater student. Each character performs a monologue to explain their life experiences and reveal their inner thoughts. Even small details, such as their names, reflect aspects of their identities, Priddie said.

“The names of the four characters (symbolize) what they are to … their surrounding world,” Priddie said. “So for instance … people call (Light) ‘Light’ because he kills as fast as a lightning strike.”

The character Astronaut, on the other hand, is an actual astronaut who represents black incarceration and male sexuality, Priddie said. Irvin Mason Jr., the third-year theater student who plays Astronaut, said his character regrets his absence from his daughter’s life while in prison, and wishes he could teach her it is okay to be black. The character also wishes to communicate himself in a more feminine way, but he feels like he must embody his masculine physique, Mason said.

“The space (Astronaut) lives in is very confining,” Mason said. “He’s almost in a box all the time and he just wants to break that box and break that mold.”

[RELATED: Drama of human connection, cultural divides to play out in theater production]

The other characters also have their own struggles, each representing common societal issues. Priddie said Goddess is a woman who wants to be a man, representing gender dysphoria. Child/Mourning represents depression and the five stages of grief after the loss of her mother, she said. Finally, Light deals with loss and post-traumatic stress disorder, said Andy Stratton, the first-year theater student portraying the character.

Stratton said his character lost his best friend and killed people in the war in Iraq, leading him to feel broken and alone when he returns home. Though the character continues to have nightmares about the war, he also misses the feeling of exhilaration it caused. Mason said Astronaut is not particularly fond of Light, due to differences like their dissimilar racial backgrounds. However, their differences can be overcome by their shared humanity, Stratton said.

“Even though (the characters) have different ideas and beliefs, in the end they’re going to come together … to fill this void they have,” Stratton said.

Mira Saccoccio Winick’s act opens with a voice projecting into a darkened theater.

“But you have friends,” the voice says.

Third-year theater student Winick’s production of “4.48 Psychosis” follows an unnamed narrator through her struggles with mental illness while living in a mental institution. The playwright, Sarah Kane, woke up every day at 4:48 a.m. to write the play in the late 1990s, and Winick said many directors often interpret its unnamed narrator to be Kane herself. The play can be triggering, Winick said; shortly after Kane wrote it, she died by suicide, and the production is often viewed as a suicide note.

Despite the play’s heavy, sensitive themes, Winick said it helps the audience relate to those with mental illnesses by emphasizing the narrator’s perspective. Third-year theater student Anusha Shankar, who plays the narrator, said people with mental illnesses are often not treated properly because of stigmas and misinformation surrounding the topic.

“People say you go to the doctor if you break your arm … but (for mental illness) people say, ‘Go to bed and you’ll feel better,’” Shankar said. “That’s what we want to show – that (depression) is so serious, and the fact that … people are not being helped in conducive ways is not okay.”

Winick said the act is broken into small segments, which highlights the ups and downs of the narrator’s mental illness. In some segments, the girl speaks very clearly, while in others she speaks in broken speech or just numbers, Winick said. A dancing figment, played by fourth-year theater student Rey Jarrell, physicalizes the narrator’s emotions. For example, if the narrator feels distressed, the dancer may scream to represent her inner pain while the narrator remains quiet, she said. Shankar said the dancing figure sometimes helps the narrator but also drives her suicidal thoughts. In Winick’s interpretation, she said the narrator conjures the dancing figure in response to her own emotions, but her reliance on the figure of her imagination perpetuates her mental illness.

“(The figment) encompasses everything (the narrator) wants to be, and also at the same time the things that are detrimental to (the narrator),” Shankar said.

The set includes a bed and a light, as well as a projector screen that plays prerecorded footage. The videos include clips of the dancer, who, over time, appears more often in physical form outside the video; this represents the figure becoming more real in both the narrator and the audience’s minds, Winick said. As the narrator falls deeper into her depression, the image quality also degrades, which is accomplished using video processing effects that produce more obscure video footage.

Because Kane, a person who experienced mental illness herself, wrote the story, Winick said it shows how necessary it is to respect those with mental illnesses and treat them as human. She said it also shows the actual firsthand experience of someone suffering from mental illness.

“So many of these stories are forgotten,” said Winick. “It’s (Kane’s) experience; we get the story from a person suffering from it, instead of an outsider telling it.”