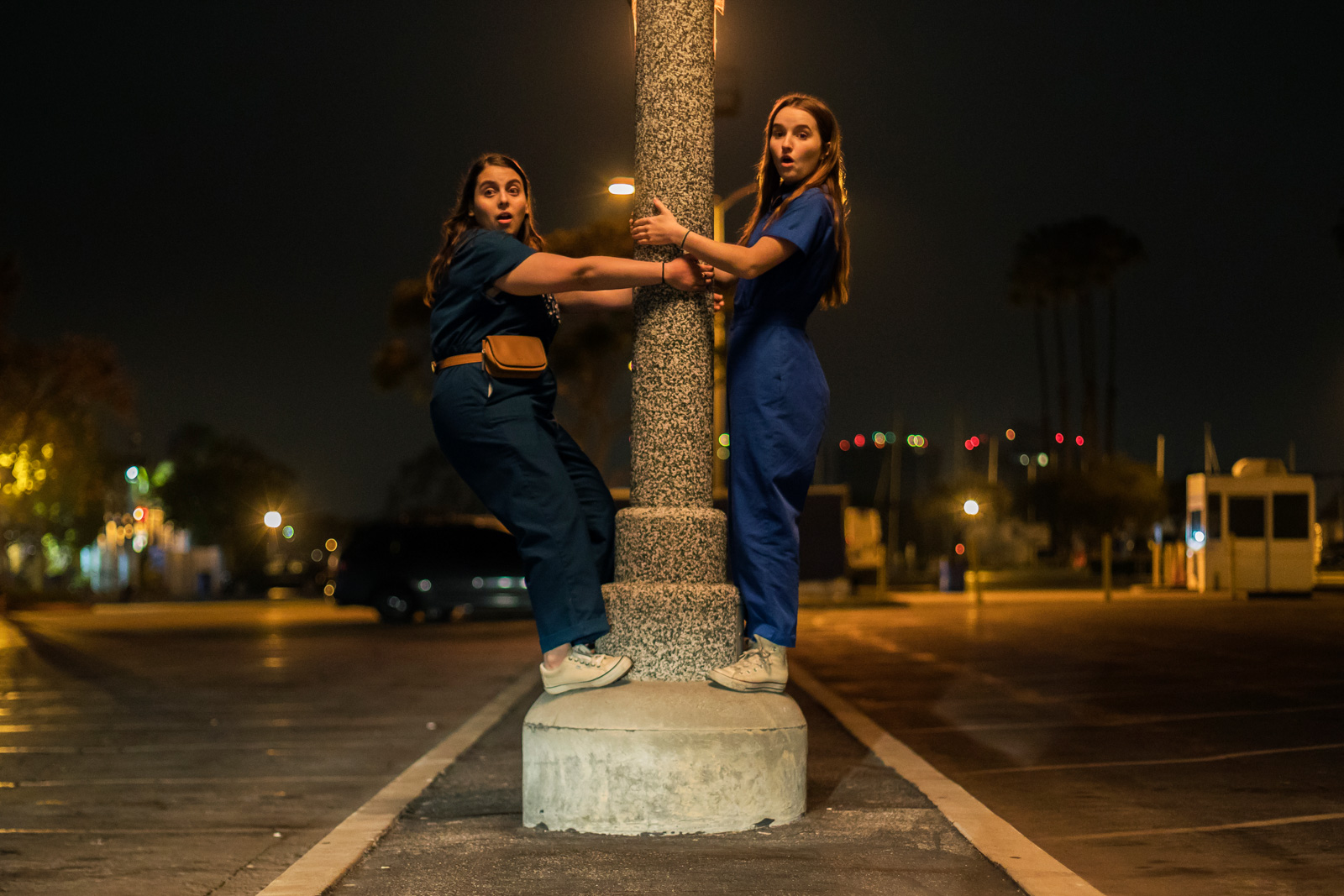 Bruin Film Society hosted a screening of the upcoming film at the James Bridges Theater on Saturday evening, followed by a Q&A with Wilde and writer Katie Silberman. The event marks the kickoff of BFS’s Women in Entertainment Summit, which strives to promote stories written and directed by women filmmakers, said BFS social media coordinator and second-year communication student Samantha Wolf.

“We think it’s really important to highlight these women and their accomplishments because they’ve been given this platform to tell a really unique kind of female-driven stories,” Wolf said. “It’s especially exciting bringing this (film) about two girls in high school to a community of young people who’re really into comedies.”

The story, “Booksmart,” follows studious friends Molly and Amy who were so caught up striving to get into Ivy League universities that they never had quintessential high school experiences, like going to house parties. Once they learn that their classmates also got into top schools while balancing active social lives, they decide to make their last night of high school memorable by attending the class vice president’s graduation party.

In an introduction before the film, Wilde said the movie is a love letter to the current generation – who she said is cooler and more progressive than hers. She told the audience the film also has references to ’80s and ’90s teen comedies such as “The Breakfast Club,” “Fast Times at Ridgemont High” and “Clueless.” She said the crux of “Booksmart,” however, is to dismantle labels and asks viewers to acknowledge that people are multifaceted and deserve to be seen for who they truly are.

“We wanted to go deep right into the core of those existential crises that make adolescence really complicated, confusing and hard, but also really exciting,” Wilde said. “And to stop putting people into categories because if you’re doing that to others, then you’re doing it to yourself, and you’re just holding yourself back.”

Silberman echoed this sentiment later in the Q&A and said the script intentionally portrayed the leads as incredibly smart, but wanted to focus on their other personality traits too; This is evident in how Amy views Molly not only as the smart class valedictorian, but also as her funny and adventurous friend. Silberman said this depiction differs from most films, which more often than not portray “strong” and “smart” women as one-dimensional and flat, something she felt contradicted her real life experiences.

“In a lot of stories, if there’s a smart girl, you know, she’s smart, and you don’t know very much else about her,” Silberman said. “But the really smart women in my life are also very irresponsible, wild and funny, and they just happen to be doing these incredible things as well, like being doctors.”

Along with depicting the leads as strong women, the narrative also emphasizes the pair’s close bond. However, toward the end of the film there is a scene depicting cracks in their friendship, revealing pent up resentment the two have toward each other. Wilde said she wanted to capture how women are often easily able to express their admiration for one another but feel guilty when revealing negative emotions. When discussing the fight scene, she said it uncovers the characters’ anxieties about their diverging futures.

Portraying such genuine experiences – like that of best friends facing growing pains – was important to Wilde. She said she constantly asked the cast to let her know if certain dialogue felt stiff or awkward, and welcomed improvisation. Citing a specific example, she said the character Ryan, a cool skater girl, was played not by an actor, but by professional skater Victoria Ruesga.

Wilde said she chose Ruesga for the role because the others who auditioned for the part did not feel real. For example, even though skating is essential to the character, she could tell actresses coming in for the audition had never held a skateboard before. Ruesga wore her own clothes, like Adidas tracksuits, and even made adjustments to her lines, which Wilde said she encouraged the rest of the actors to do as well because it made the character dynamics more natural.

Throughout the story, Molly and Amy face obstacles in their friendship, while also exploring new relationships with others, a sign of their newfound independence as high school graduates. Wilde said one of her goals while creating the film was to depict the messy, complicated and ever-evolving dynamic between friends.

“Society gives us no movies or love songs to deal with friendships and how difficult they are. There’s no song to deal with a friend breakup,” Wilde said. “But honestly, these (female) friendships are powerful in a way that romantic relationships aren’t.”

Toward the end of the Q&A, a student who said she identifies as queer said she appreciated the portrayal of Amy’s parents for their acceptance of their daughter’s sexuality. This sentiment was also echoed by moderator Andrea Mandell, who said the diverse cast members were never shamed or judged for their gender and sexuality. Silberman said she hopes this aspect of the movie proves that comedies can be funny, and also kind, something Wilde said was intentional in their vision for “Booksmart.”

“You come to realize that there are no bad guys in life, there’s no villains,” Wilde said. “We wanted to take this structure that people think they understand and flip it on its back and say, ‘But what if everyone actually turned out to be really kind and smart? What does that do to how you organize society, and how you think of yourself?’”