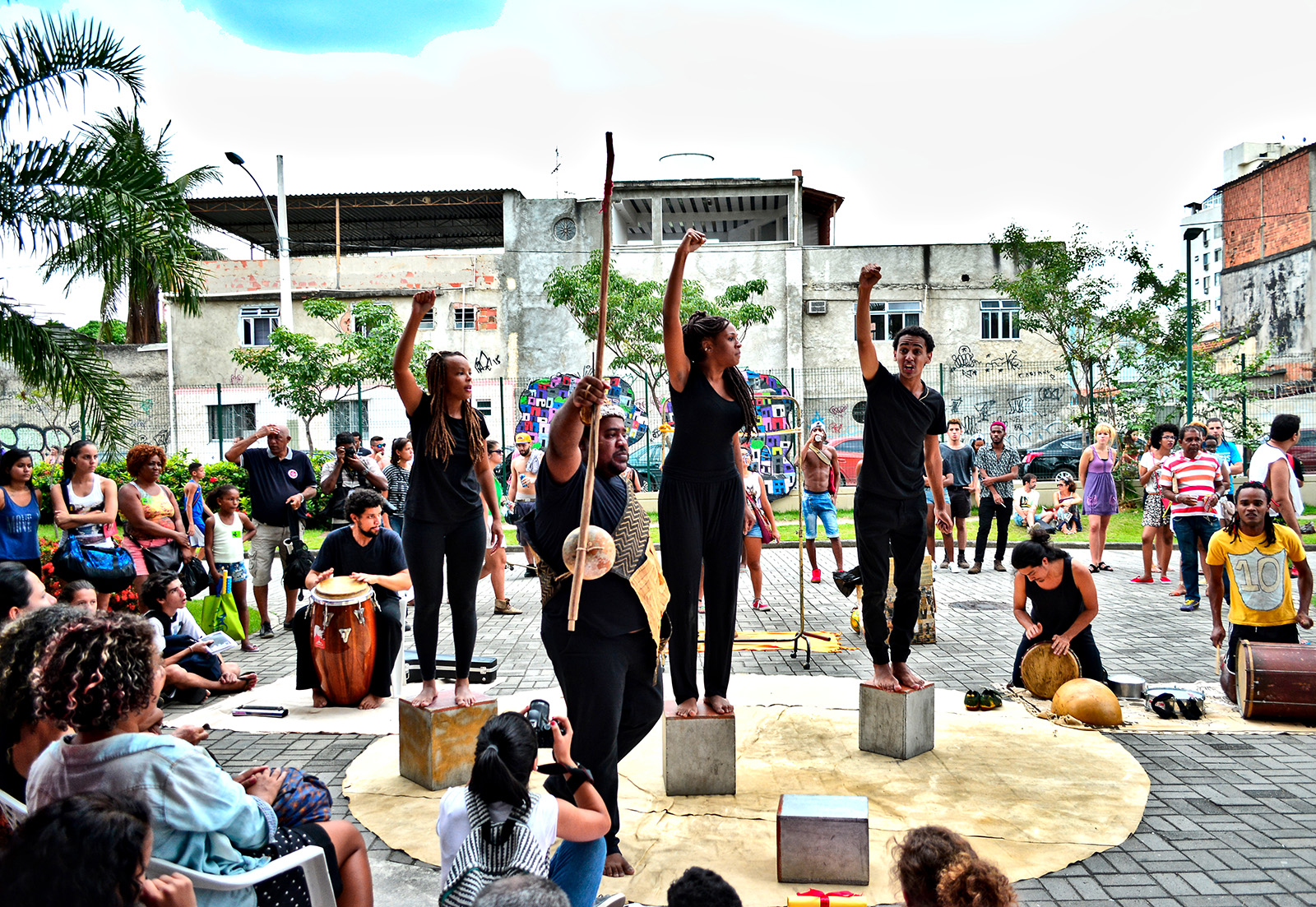 Theater of the Oppressed for Racial Justice

Instead of sitting back and watching a production unfold, audiences will have the opportunity to actively participate in an upcoming performance.

Representatives of Rio de Janeiro’s Center for Theatre of the Oppressed will present a night of forum theatre Wednesday. Created in the 1970s by drama theorist and activist Augusto Boal, forum theatre has audience members engage with performers to propose solutions to societal problems, such as gender and racial discrimination. In addition to fostering active audience involvement, the objective of Wednesday’s performance is to spark a dialogue between UCLA students and the Afro-Brazilian community, said Bobby Gordon, director of special projects for the UCLA Art & Global Health Center. Together, the audience and actors will cultivate strategies to achieve a favorable outcome for the play’s characters, which serves as an exercise in resisting oppression, he said.

“Watching traditional theater is a very passive experience. What sets forum theatre apart is its ability to shatter and stomp on the fourth wall,” Gordon said. “It’s a martial art for social action. It’s a rehearsal for real life.”

The production intends to dive deeper into the conversation about racism, especially at a historically white university, he said. At the end of the final performance, a random member of the audience is invited to essentially walk in the main character’s shoes and engage in an onstage discussion about the ways in which our society can take steps to solve the overarching problem of oppression, Gordon said.

One of the more powerful aspects of forum theatre is the opportunity for the audience to learn about the world around them through the eyes of individuals who have lived through oppressive experiences, he said. When a white man gains temporary exposure to the struggles of an Afro-Brazilian woman, for example, that type of role reversal speaks volumes. This is especially pertinent, Gordon said, because anti-black sentiment is ingrained in Brazilian culture. And when audiences are allowed to participate in the conversation, they can make tangible changes, he said.

Fighting against racism is everyone’s responsibility, said Alessandro Conceição, an actor and organizer for the Center for Theatre of the Oppressed. If actors merely deliver a message to an audience, he said the audience might not internalize the message as intensely. It’s important to debate and reflect on how to unravel the conflicts associated with racism, he said. There is currently a momentum within marginalized groups, such as Afro-Brazilians, women and LGBTQ individuals, and discussions such as these help to push the movement forward, Conceição said.

At the event, theater groups Madalena Anastacia and Cor do Brasil and author Bárbara Santos will expand on the complexities of internalized racism. Through a musical production, Madalena Anastacia will explore the intersection between sexism and racism and how art can be used as a medium to challenge those ideologies, said Gabrielle Bonder, program manager of the UCLA Art & Global Health Center.

Cor do Brasil will emphasize society’s collective urgency to actively combat systemic injustice, Gordon said. Its play, “Suspeito,” addresses anti-black racism in Brazil. After the piece ends, audiences will be invited to add themselves to the scene.

In her show, Santos will navigate nuances between the identity and aesthetics of being a woman of color. “Passage” is a reflection of how oppression can influence identity, she said. The literal passage she performs – solely using physical objects to convey a nonverbal performance – is meant to be representative of her own journey toward self-discovery.

“Expression can be a way to escape oppression,” she said. “My show is about my experience with oppression and how I overcame it.”

As well as learning how to push back against systematized social barriers, Gordon also believes it is equally crucial for people to recognize their privileges. Since audience members will be able to take part in the dialogue, and not just listen from afar, this active engagement will hopefully inspire individuals to reflect on their own actions and behavior, he said.

“We are all included in the problem. This type of artistic platform allows people to collectively imagine, strategize and challenge power structures,” he said. “Art wakes up our senses, and we need to wake up.” 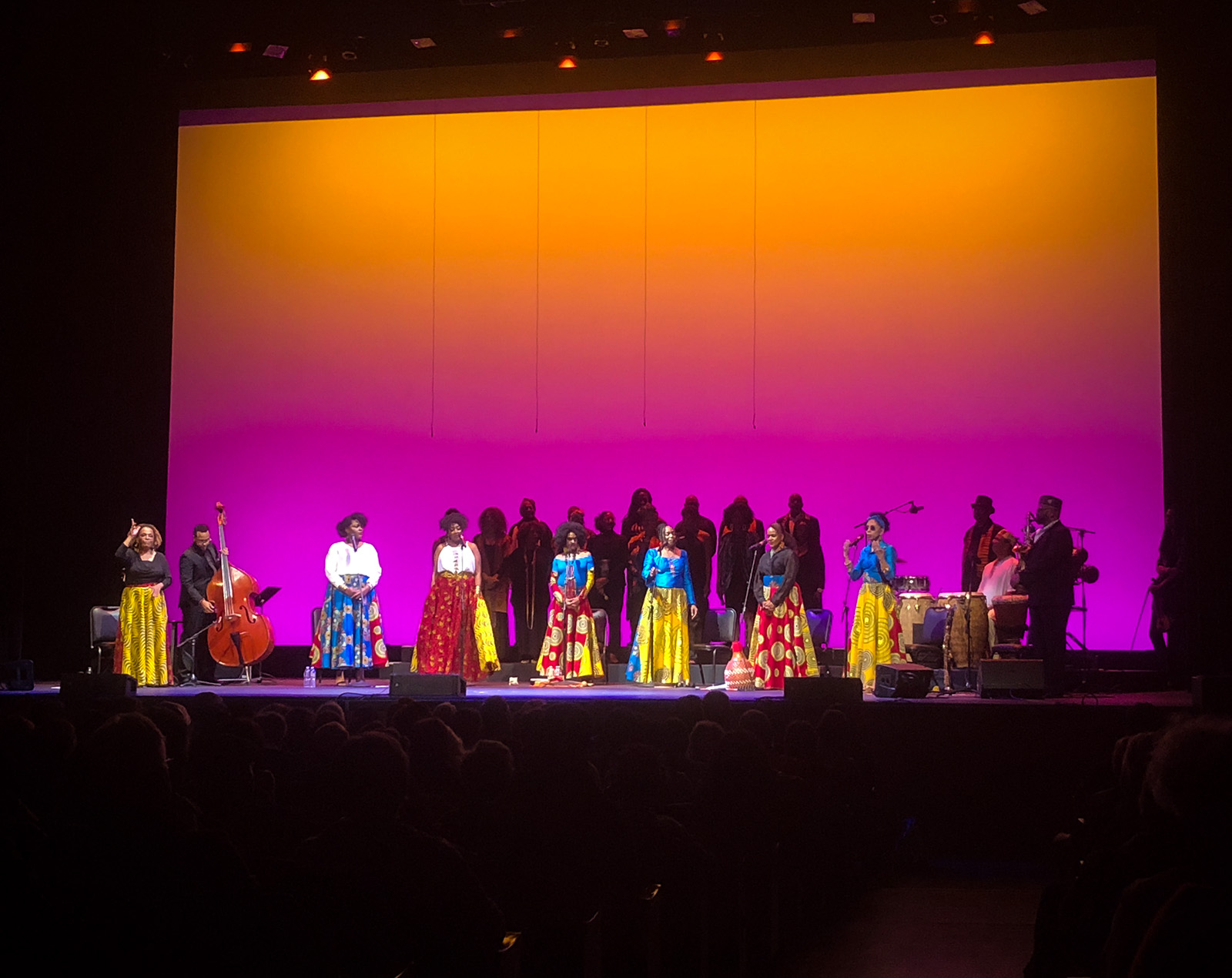 Ensemble ties social, political issues from the past and present into performance