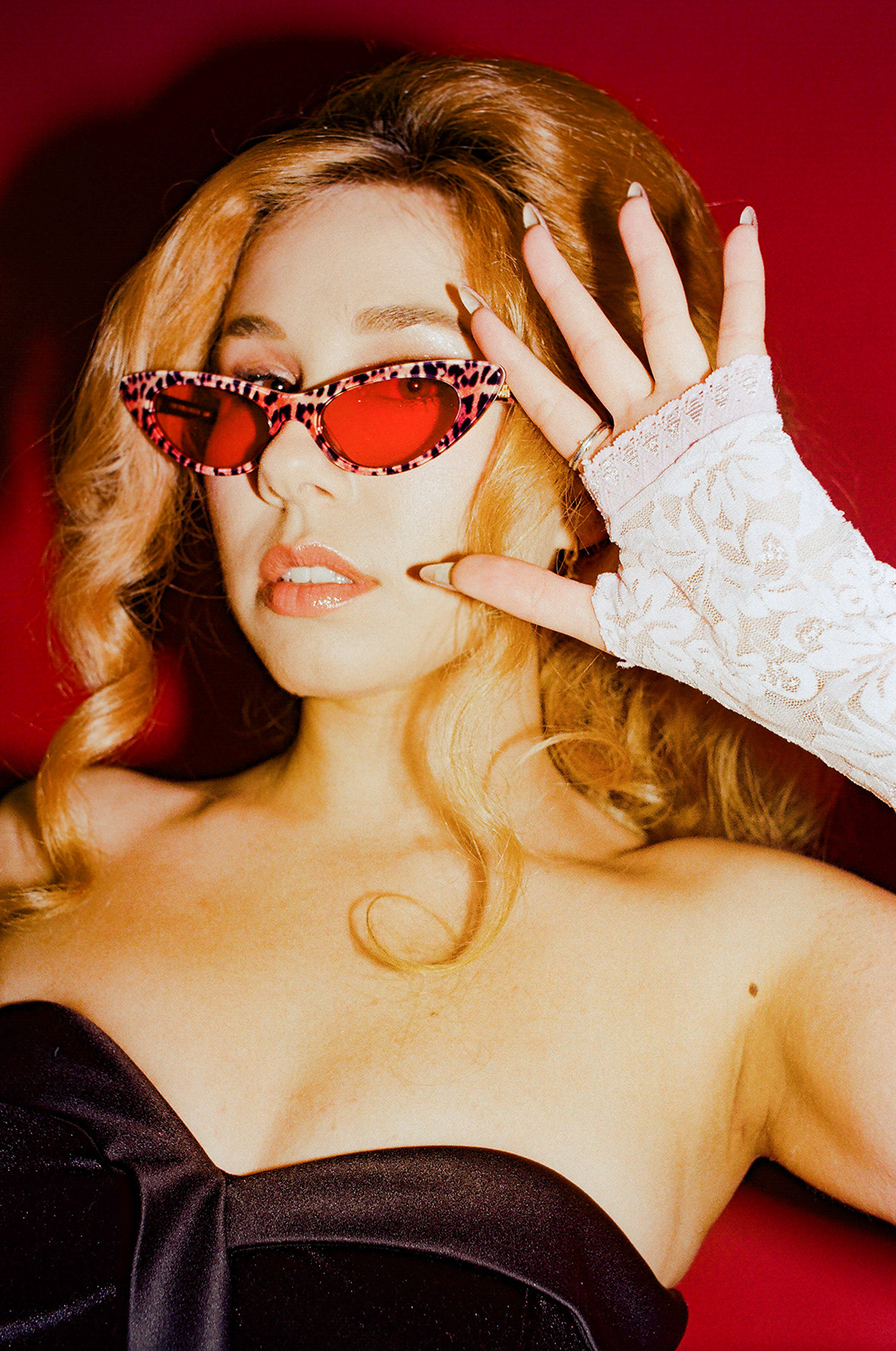 Haley Reinhart will perform at The Roxy Theatre on Sunday as part of her “Lo-Fi Soul” tour. Her newest album, released in March, incorporates voice memos and influences from multiple genres. (Courtesy of Dana Trippe)

Haley Reinhart translated her love for AM radio into her newest album, “Lo-Fi Soul.”

The Los Angeles-based singer and voice actor released her fourth album, “Lo-Fi Soul” on March 27. Currently touring the U.S. on her “Lo-Fi Soul” tour, Reinhart will perform at The Roxy Theatre on Friday. While her album is a solo endeavor, she has worked with Scott Bradlee’s Postmodern Jukebox in covering songs such as Radiohead’s “Creep” in a jazz style, and currently voices a character on the Netflix series “F is for Family.”

Reinhart spoke to the Daily Bruin’s Olivia Bridgnell about the inspiration behind “Lo-Fi Soul” and her experiences in the music industry.

Daily Bruin: How is your new album different from your previous three albums?

Haley Reinhart: They’re all kind of crazy different transitions that I’ve made through my journey as an artist. So I feel like there are probably some similarities – definitely a streamline – between my first record, “Listen Up!,” and “Lo-Fi Soul,” … but I would say on my two original albums, “Listen Up!” and “Better,” you’ll definitely hear a lot of the same kind of, stylistically speaking, moves that I’ve made, because that’s just me. But I do feel like I’ve evolved a lot. So I’ve taken a lot of these different genres that I love so much and finally mixed them together in a way that I think really shows exactly who I am as an artist.

DB: Which song on the album do you think most exemplifies your goal to mix genres such as rock and roll, soul and jazz in one song?

HR: Those are the three genres that I would say define me. And if I had to pick one song, I might say “Shook” – actually between “Shook” and maybe “Lo-Fi Soul” because they both have a little of all of those. There is a little more guttural sound on “Shook” that could get a little more of that rocky edge thing. And (with) “Lo-Fi,” it’s just playing a lot with the lyrics, like maybe in more of a jazzy sense.

DB: What are some of your inspirations for this album in particular?

HR: So I’ve been listening to AM radio actually a lot in LA. It’s 1260 AM. I’ve just been reacquainting myself with the early ’60s and even like a doo-wop kind of sound. So I would kind of just wake up or be kind of lollygagging around town and taking a walk to a coffee shop or what have you, and I’d get these cool melodies in my head that, to me, hark back to even the ’50s. We’ve even taken a lot of these sounds and filtered them directly from my voice memos on my phone into the computer to these new recordings and kept them super lo-fi. And same goes for my little crappy piano playing, because I play mostly kind of the ’50s way. … So it was pretty neat to have a lot of say in how these recordings would go down and be that much more a part of the production process.

DB: You co-produced your last two albums, including “Lo-Fi Soul” and “What’s That Sound?,” right?

HR: Yeah, and honestly it’s interesting being a young woman in the industry. I’ll say it’s been that way for all of my records. You get to a certain point though, where you realize what you’re truly worthy of and that you’ve paid your dues and sang the blues long enough to demand that that be something that’s a title for you. So that’s what I’ve done – the last two records, it’s like, “Well hey, if I’m going to put in that much work and write a majority of these songs and have it be a co-written collaboration, then I should be getting the co-production collaboration.” … I’m just really grateful to not only work with amazing producers and songwriters but really to have them really respect me and understand … how much I am actually doing for all of these songs.

DB: Another big part of your career thus far has been collaborations with artists Postmodern Jukebox and Jeff Goldblum. So what is it like working with them?

HR: Yeah, I mean it’s been incredible watching how far and wide these videos have gotten across. It’s kind of fun to watch back – like a lot of fans send me reaction videos with different kinds of (critiques) and stuff. It’s truly a humbling experience to see people that are freaking out over the different takes that you do, (or) a version of a song that’s already been created. And somebody like Jeff Goldblum, he is just as fascinating a person as he is an actor. What you see is what you get. He’s never really putting anything on – he’s just as wacky and fascinated by the world as he appears to be. And he’s really giving with his time so I think that it was really cool that he reached out to me – his team. And we literally met and rehearsed the song once, then we recorded it … with a live audience. And there’s things like these that are just lightning in a bottle and like magic.