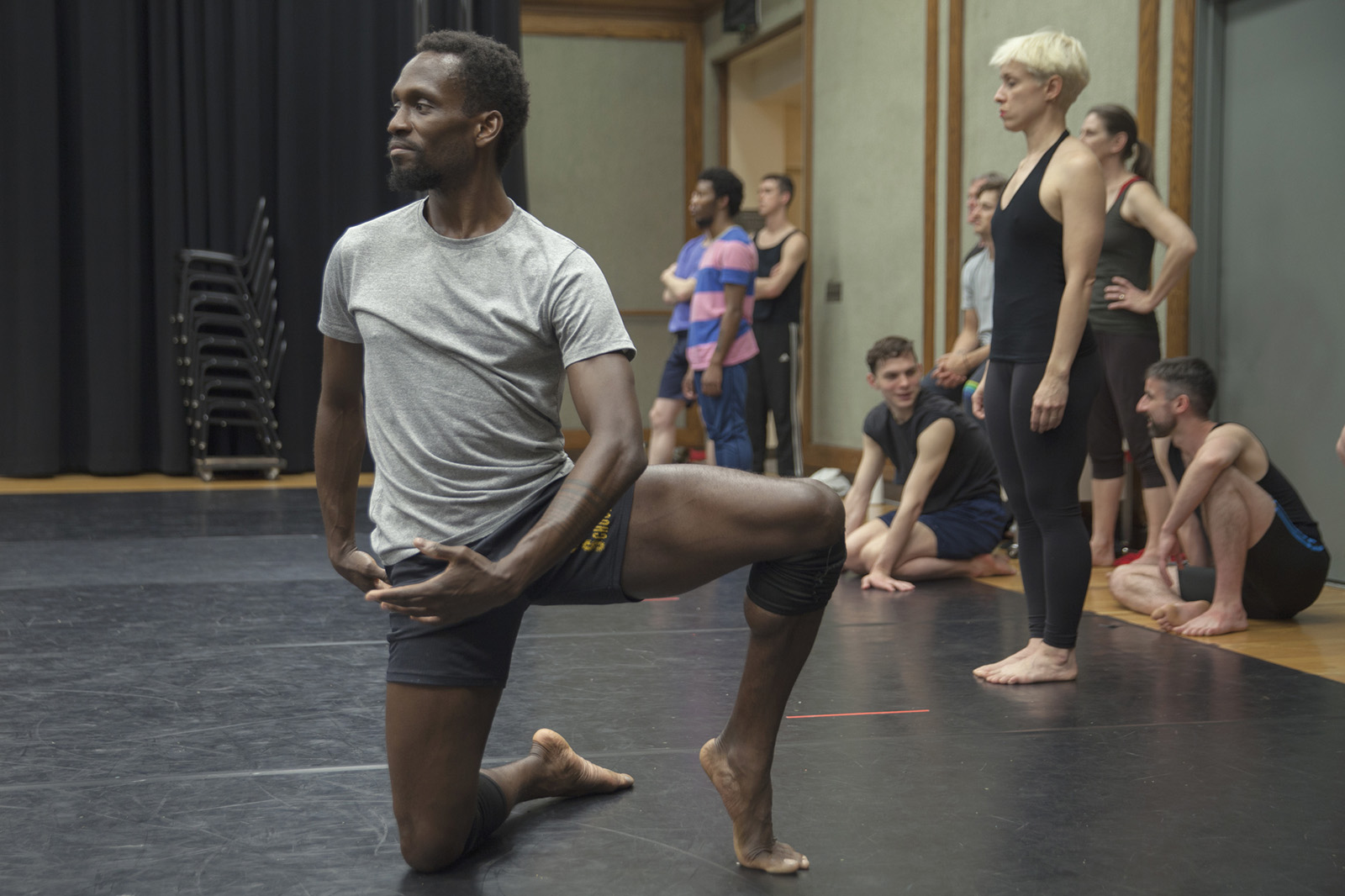 Jermaine Maurice Spivey will perform at “Night of 100 Solos: A Centennial Event.” Though many of those performing at the event had never been trained by Merce Cunningham, his old company taught Cunningham technique to a new set of dancers. (Courtesy of Kathleen Schenck)

Night of 100 Solos: A Centennial Event

One hundred solos will grace stages in New York, London and Los Angeles to honor the late American choreographer Merce Cunningham on Tuesday.

“Night of 100 Solos: A Centennial Event” will feature dancers from all over the world performing Cunningham’s choreography, with UCLA’s Royce Hall serving as the LA venue. Former members of the Merce Cunningham Dance Company, which disbanded in 2011, two years after Cunningham’s death, taught the solos to dancers of all ages and stylistic backgrounds for the event, hosted in the LA location by UCLA’s Center for the Art of Performance.

Each of the venues’ performances will showcase a different arrangement and staging of 100 solos, in addition to music and visuals created specifically for each venue, said Ken Tabachnick, executive director of the Merce Cunningham Trust.

While the show honors Cunningham’s 100th birthday, it also exposes newer generations to his legacy so dancers born after his time can perform and learn from his choreography, said dancer Katherine Helen Fisher, who will be performing at Royce.

“They’ve chosen notable dancers or people who have histories in other lineages (of dance) who don’t necessarily have Cunningham training to come into the technique and to teach them and to bring them into the legacy,” Fisher said.

Fisher was a young dancer living in New York while the Cunningham company was producing work, but she said she never auditioned because of her short stature: Cunningham’s dancers were tall and strong with long limbs. When first asked a year ago to participate in the production, Fisher embarked on a crash course in Cunningham technique with former company dancers to prepare.

The technique, created as a reaction to classical ballet, uses opposing forces in the body relative to the spine. Fisher said this helps dancers find shapes in their bodies that might feel unnatural or at times impossible. Unlike other techniques that aim to make movements appear effortless, Cunningham’s style allows for the choreography’s rigorous nature to take center stage, she said.

Dancer Lorrin Brubaker said his experience with Cunningham technique led to unexpected challenges. While the choreography is not vigorous in the same way athletes move, Brubaker said he finds the deceptively simple moments to be the most difficult to control. In his solo “Nearly Ninety,” one of the last pieces Cunningham choreographed, Brubaker stands with his legs far apart, heels raised, only to simultaneously twist and arch his spine to look behind himself.

“It’s very simple, but it’s also one of the hardest things that I’ve had to do. If I get to the point where I fall, that’s okay, I can just pick right back up,” Brubaker said. “It doesn’t matter about how perfect I can be and how strong I can look – it’s more just doing the task is all that is asked of me.”

While the choreography is highly specific, the solos’ abstracted themes remove them from particular moments in history and aid them in feeling timeless, Brubaker said. Though each solo does not necessarily have a plot or emotional motivation, Fisher said her excerpt from “Variations B” can seem confrontational because of its spatial positioning. She dances close to the audience, at the edge of the stage, facing viewers as if addressing them directly.

“I’m seeing the people watching me and, vice versa, I’m watching them,” Fisher said. “It’s quite nice because I feel like I make eye contact with people in the audience, (and) it’s an interesting energy exchange.”

The creation and coordination process involved half of the former dancers from the Cunningham company, Tabachnick said. The alumni have taught the dances rather than performing them, demonstrating that any dancer can perform Cunningham’s choreography regardless of their background. Following Cunningham’s love of technology as well as his belief that dance should be accessible to a wide range of people, the three shows will be livestreamed so that people from all around the world can celebrate his legacy.

“The Cunningham repertory continues to be performed at a high level and a level that people can appreciate,” Tabachnick said. “Because of the unique decision that Cunningham had to close his company, there were real questions about, ‘How would this work, how would the legacy survive?’ Who was going to dance it? Part of “Night of 100 Solos” is to provide a demonstration that the work continues to live.”