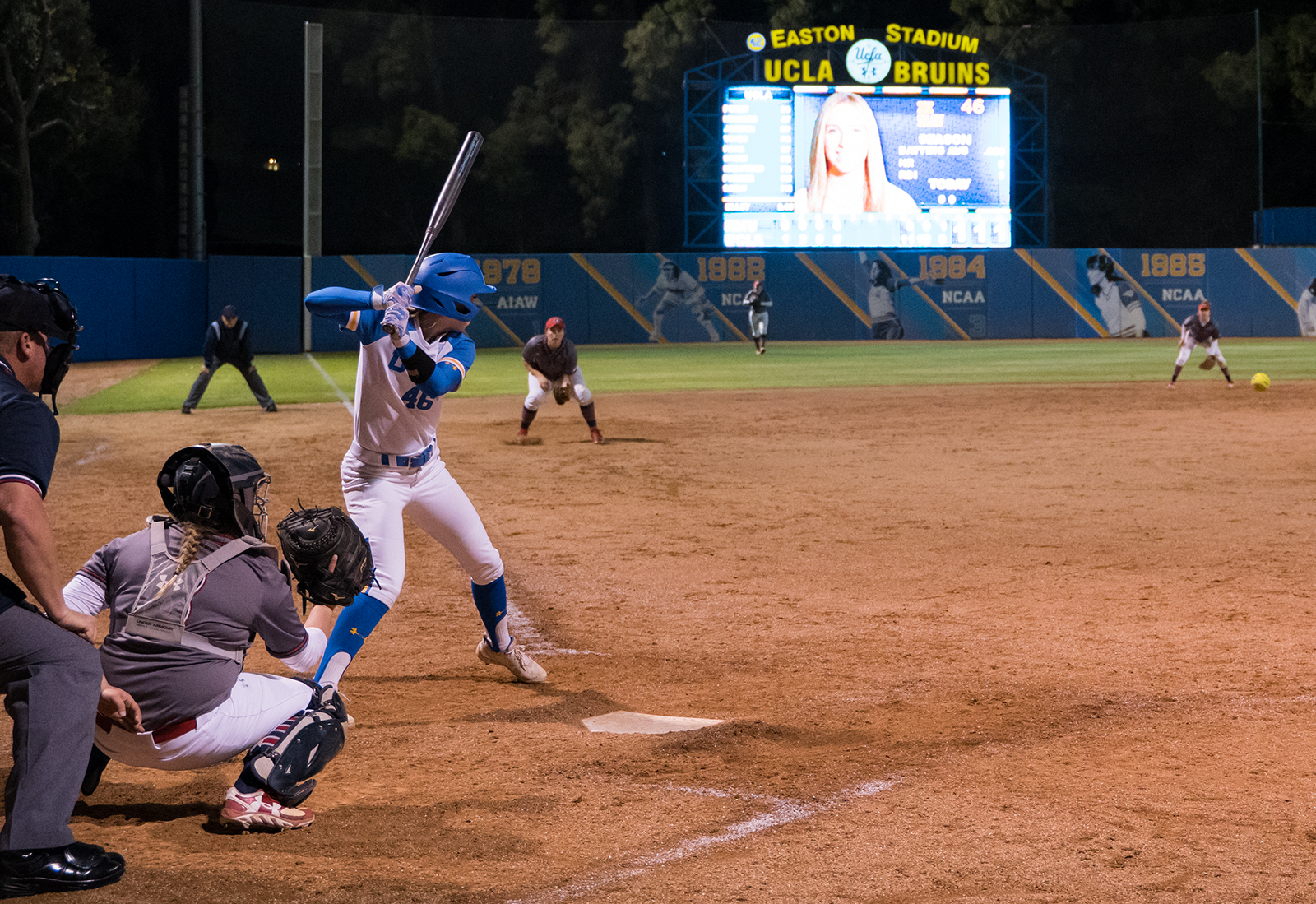 Senior utility Zoe Shaw is hitting .412 on the year and has notched 14 hits and six RBIs this season. In UCLA softball’s series finale against Arizona State in Tempe, Arizona, on Sunday, Shaw went 2-for-3. (Taylor Lee/Daily Bruin)

The Bruins are coming home with a season-high 19-game winning streak.

No. 1 UCLA softball (35-1, 9-0 Pac-12) will take its home field this weekend in a series against Oregon (16-19, 1-8). Despite the high expectations put on the team by its ranking, senior utility Zoe Shaw said the team hasn’t been focusing on what others expect of them.

“Our expectations of ourselves are most important,” Shaw said. “Whoever ranks us whatever doesn’t really matter, we think we’re No. 1, it just so happens the outside world thinks we’re No. 1 too.”

UCLA is coming off three straight sweeps of Pac-12 opponents, most recently against then-No. 19 Arizona State. The Bruins outscored their opponents 35-5 in the series, run-ruling them in all three games and hitting .420 as a team.

Oregon is one of only two Pac-12 teams with an overall win record under .500. The Ducks are coming off a weekend in which they went 3-1 in two games each against Missouri and Pittsburgh. But before that, they had won only two of their last 16 games – a period which included three sweeps, two by Pac-12 opponents.

But despite the Ducks’ poor rankings this season on both sides of the ball, coach Kelly Inouye-Perez said every team needs to be approached the same way because every team in the conference has the potential to pull off an upset.

“We respect every opponent in the Pac-12,” Inouye-Perez said. “It’s just an opponent, and the game doesn’t know who’s supposed to win, so we’ve got to be able to go out there and play UCLA softball.”

The Bruins will attempt to avoid the fate they suffered in last year’s series against the Ducks when then-No. 6 Oregon took two of the three games against then-No. 3 UCLA. The losses were the Bruins’ first of the 2018 season, breaking a 25-game winning streak.

“We need to just stay on our game and not … go down to their level,” said redshirt sophomore utility Aaliyah Jordan. “And we are the No. 1 team in the country, so it’s just sticking to our game.”

The three games will be UCLA’s first Pac-12 series at home when school is in session, as their series against California was played over spring break.

“One-hundred percent I love playing at home, as a senior it’s really just my home,” Shaw said. “The support of the UCLA student body is great, and it brings great energy, which I think the energy translates to us playing.”