In a modern Westwood, neighborhood opposition to The Agora relies on flawed logic 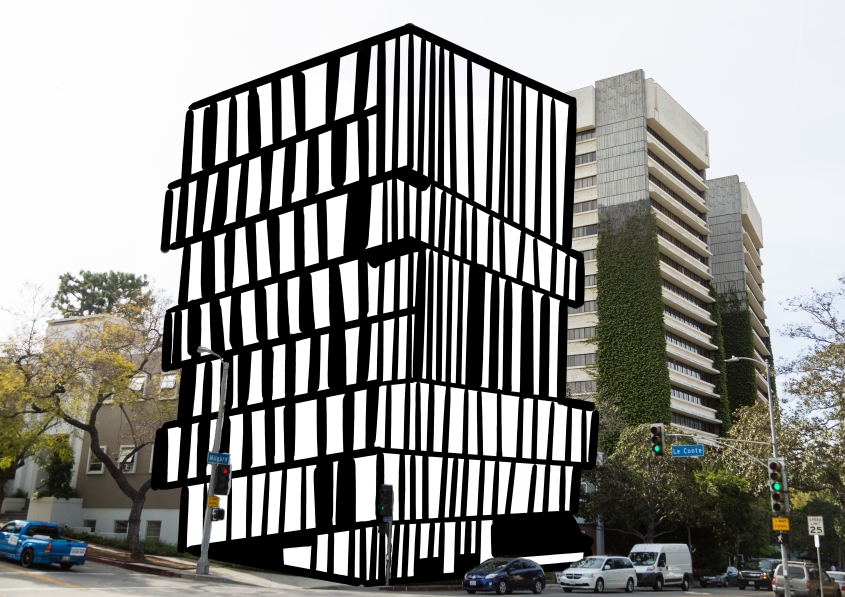 This town isn’t big enough for all of us.

But that hasn’t stopped the members of Little Holmby in their fight against commonsense housing density – and also common sense.

Two physicians recently announced a plan to build a 16-story residential building, known as The Agora, on Hilgard Avenue, on the east side of UCLA. The building would be in close proximity to the W Hotel and a street across from the single-family neighborhood of Little Holmby.

Residents of Holmby Hills in opposition to the plan have formed the Save Hilgard Avenue group in conjunction with students and other residents. Like every other urban single-family neighborhood, this group has pulled every excuse from the playbook of NIMBYs – or those who take a “Not In My Backyard” approach to new housing: It has complained about everything from lower property values to the fact that students are loud and noisy.

Everyone has an inclination to preserve the way things are, especially when they’re already happy with their neighborhood. But a lot of the opposition to Agora is illogical and these organizers need to accept the reality that preserving the aura of single-family neighborhoods is no longer sustainable.

This is 2019, not the 1980s. Westwood, with its unaffordable housing prices, needs to build upward to contend with the massive demand in housing.

Let’s take a step back: Little Holmby, on the east side of Hilgard, is a relatively affluent Los Angeles neighborhood. It has a reputation for harboring a number of extravagant single-family homes. A lot of its residents will, for the rest of their lives, never have to deal with LA’s renting market.

Compare that with the housing crisis just streets away in the part of Westwood surrounding UCLA. For a measure, 37% of UCLA students have in some way experienced food insecurity, and the insanely high price of renting here can play a role in that. This neighborhood has a median one-bedroom rent of over $2,600.

The main complaint from those against a high-rise is that it would violate the zoning of the strip of land east of Hilgard Avenue, governed by the Westwood Community Multi-Family Specific Plan. That’s why the group is against even an eight-story building and wants nothing taller than 45 feet.

“Owners of properties in that area don’t get by right: They don’t deserve necessarily all builds to the height of the W Hotel because the zoning and the specific plan is the reality that the city is bound to, at this time,” said Esther Magna, an organizer behind Save Hilgard Avenue.

But those zoning rules were set by the city way back in 1988. Much like zoning rules across America, they’re outdated and don’t reflect the increased demand in housing across the decades. LA has some of the lowest-growth, highest-extent sprawl in the world. If we have any chance at meeting Westwood’s housing demand, the zoning plan has to be overridden via spot-zoning.

The only seemingly worthwhile argument detractors of The Agora have is that property prices in Little Holmby would drop, because the area would be next to a high-rise building. However, regardless of how the residents of Little Holmby feel about property values, the data and facts don’t support them.

“I think the existing evidence is not enough to say definitively whether having a new tall building near the Holmby Hills (would reduce property prices),” said Paavo Monkkonen, a professor at UCLA Luskin School of Public Affairs. “Given my many years spent reviewing statistical models of housing prices I would say that the impact would be very, very, very, very, very small, if any.”

When its members aren’t using flimsy excuses, the group has used outrageous ones. For example, the website mentions noise from the building as a concern since UCLA doesn’t own the property. And that view explains a lot about what Little Holmby residents think of students: Students are caricatures from “Animal House,” not normal community members who deserve a right to affordable housing.

This isn’t to say that The Agora is flawless. Those opposing it have argued the housing isn’t particularly affordable and that the developers are acting in their own interests. And they’re right – the developers after all are charging up to $1,200 for room spots that in Westwood usually go for around $850. They’ve used misleading advertising tactics to garner public support for their building. And they’re probably in this for the money.

However, people’s argument about affordability also ignore a huge reason behind why the owners of The Agora get to place such high prices on renting: the suffocation of new housing in Westwood by restrictionist community members over the years.

Moreover, regardless of whether The Agora fails to serve students adequately, residents are barely affected by it. It’s evident from the reasoning members of Save Hilgard Avenue have used that they’d be against even an affordable housing project that went against the zoning code. After all, the group’s website indicates it’s against SB 50 as well – a sensible statewide attempt to ease California’s housing crisis. This group appears to have no understanding or care for affordable housing.

Westwood’s housing crisis demands more housing, even if even if it comes in the form of The Agora. So Little Holmby residents need to get out of their way before they exhaust their NIMBY playbook.