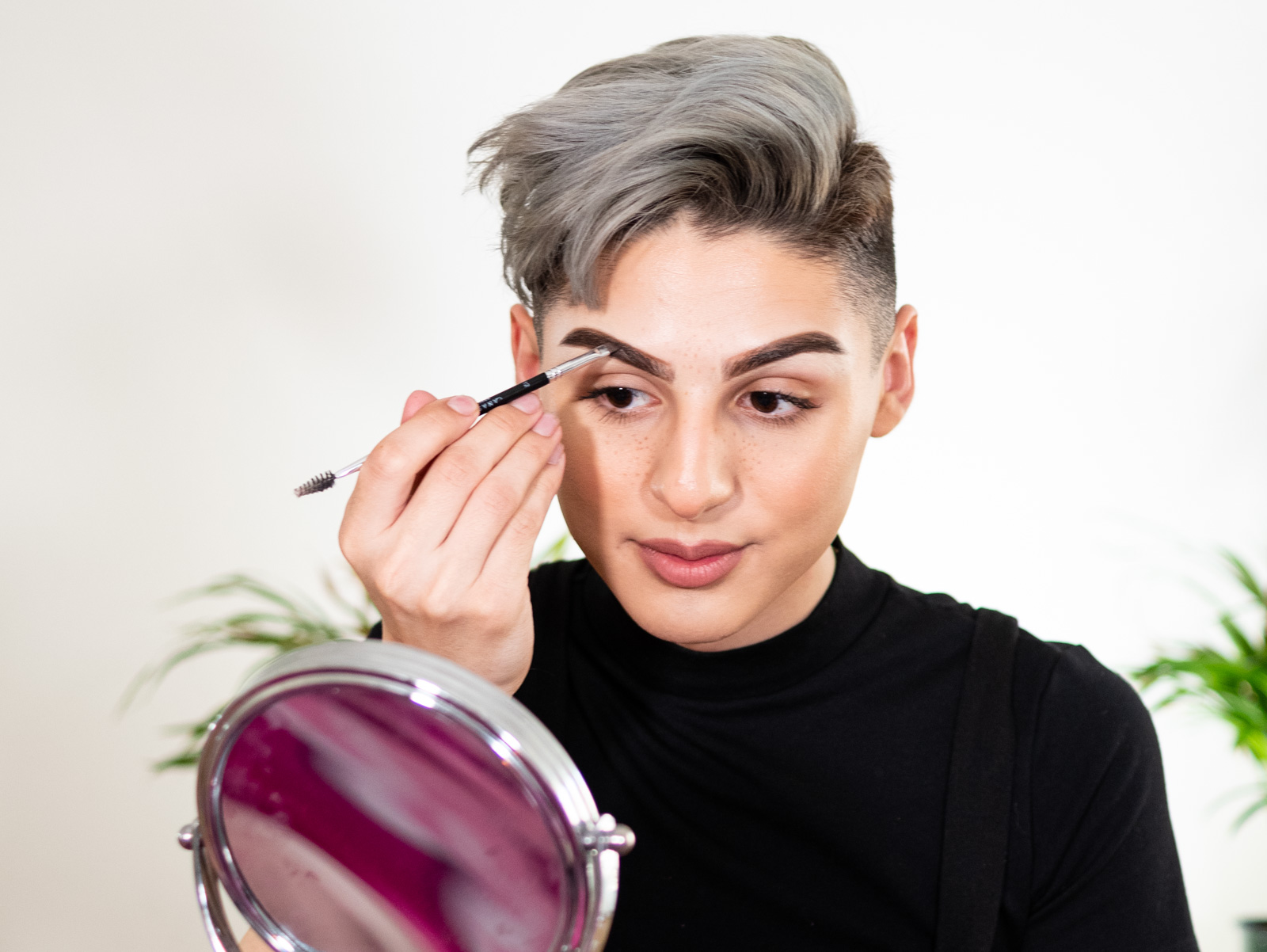 Third-year political science student Keanu Balani is an Instagram makeup artist with over 39,000 followers. He is also an influencer for Hush, an online beauty retailer. Through his own social media and his promotional content for Hush, Balani shares original looks inspired by holidays and seasonal themes. (Lauren Man/Daily Bruin)

Keanu Balani’s cheekbones, reflective from a slight dust of highlighter, summon his inner RuPaul, he said.

Having garnered over 39,000 followers, the Instagram makeup guru and third-year political science student said he experiments with over-the-top looks reminiscent of the most flamboyant drag queens, such as Nina Bo’Nina Brown and Jasmine Masters. He draws inspiration from abstract concepts like seasons and holidays, transforming them into a full-fledged face of makeup. Often favoring warm tones and shades of pink, Balani said he displays his original looks both through his Instagram account, and through promotional content for Hush, an online cosmetics retailer.

“Makeup is about creative expression. It sets my mind at ease and takes away the stress of school and life and has always been an escape for me,” Balani said. “It’ll be midnight and my mom will walk in, see my big beauty lights glaring and assume I’m getting ready to go out – I’ll be like, ‘No, I’m just doing my makeup for me.'”

Before working with Hush, Balani began his foray into cosmetics like most teenagers: with a simple clear brow gel, powder and spot concealer, all mischievously filched from his mother’s purse. After graduating from his private Catholic high school and being gifted the pink-hued Modern Renaissance Eye Shadow Palette from Anastasia Beverly Hills, Balani said he felt more free to experiment with more elaborate looks. In 2016, he worked at Sephora to hone his skill, later quitting in order to focus on his growing social media presence. Balani then became one of the influencers chosen to represent Hush and collaborate with them on their video content, said Justine Acciani, the retailer’s lead video producer.

“To represent Hush, I could not care less about how many followers you have or who your connections are or who you know. When I’m putting someone on camera, I’m going to be looking at (their) face and hearing (them) speak for hours and hours,” Acciani said. “(Balani) is someone I knew I could listen to talk for hours and hours because of his dedication to his craft.”

While working on his Instagram persona, Balani said he watched YouTube celebrities like Patrick Starrr to perfect his technical skill. He foments his original designs, however, by relying on conceptual themes like seasons. For Valentine’s Day of 2018, Balani said he began by brushing a generous amount of pink eye shadow up the center of his face, blending it out for a rosy finish. He then drew an array of hearts in white eyeliner, overlaid atop the pink, to complete the look. For this year’s Valentine’s Day, Balani said he took a more graphic approach, utilizing an Amazon paint palette to outline large hearts in black across his forehead – he wanted to preserve the dreamy, romantic concept driving the previous look without replicating it to a T.

When unveiling Valentine’s Day looks for Hush, Acciani said Balani, alongside his best friend and influencer Matt Sarafa, displayed differing interpretations of the holiday. Balani touted the aforementioned speckles of pink hearts, while Sarafa donned a dark, ’90s vampire-esque brooding look. Sarafa, a third-year design media arts student, said the two have been close friends and makeup collaborators since being freshman floormates together at UCLA.

“We have adapted to each other’s style and morphed into who we are because of each other,” Sarafa said. “We’re not afraid to push gender boundaries – we’re loud, colorful and unapologetically unique.”

To convey specific holidays, Balani often rejects traditional interpretations of seasonal cheer. For Christmas of 2017, he said he opted out of popular holiday colors like red and green, instead looking toward the white and gold tinsel adorning his tree. Creating a mask of glitter over half his face, Balani first sketched an outline with black eyeliner before painting down to his neck with copper paint, glue and mounds of gold glitter. The final look garnered over 2,000 likes on his Instagram account, despite his mother’s laments over the glitter-ridden living room carpet.

“I hate copying someone’s look – I feel uncreative if I’m just copying something on my own face,” Balani said. “If I see something inspiring or I see a trend, I’ll try and take something from that trend and spin it into my own version.”

Sarafa said Balani’s continually evolving flair is a mark of his journey from a curious high school student to an Instagram influencer. Balancing life as a student and makeup artist, Balani said he will continue to create original looks inspired by concepts as simple as the newest India.Arie album, even despite his pressing workload. Amid the chaotic schedule, he remembers his humble beginnings, rife with unshaded eye shadow and cakey foundation – he emphasizes that cosmetic skill is a continual progression.

“My biggest thing is to not judge anyone’s makeup because we’ve all been there. Even if the makeup is objectively lacking, unblended and chalky, remember that no one just woke up one day and was a master makeup artist,” Balani said. “It’s not our place to go out of our way and judge them – let people have their own spiritual journey with makeup.” 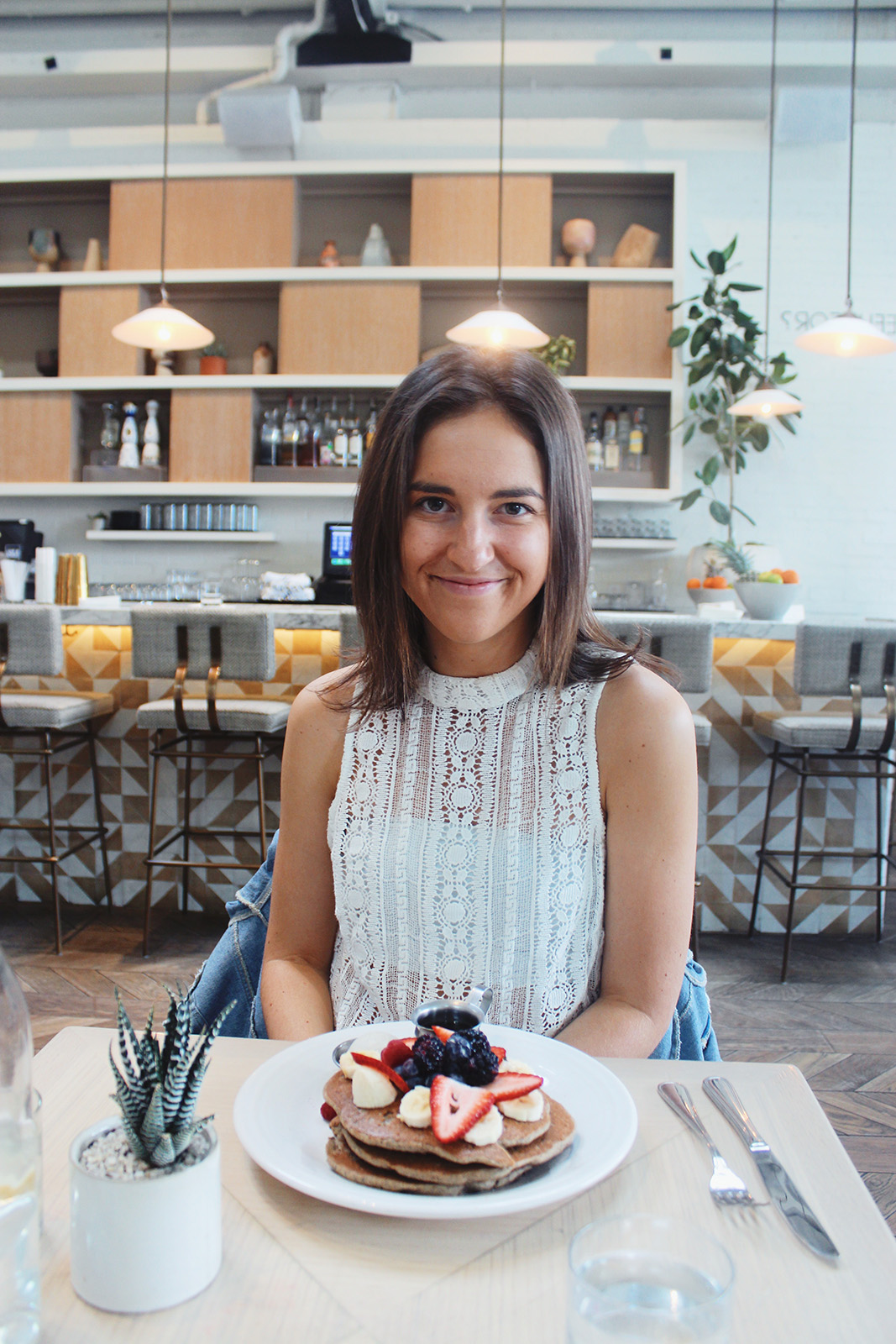