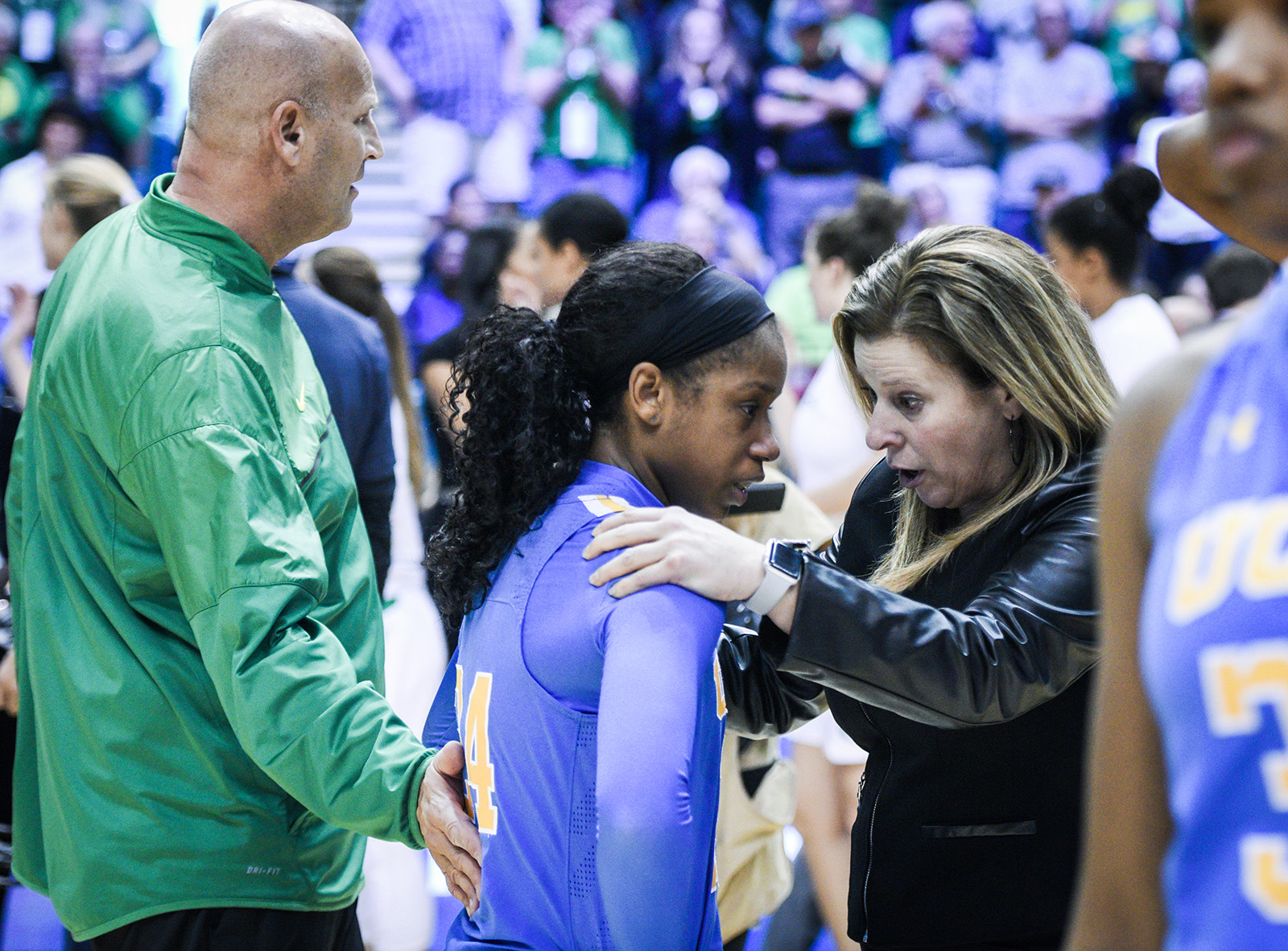 “(Close) just told me to move on,” said the senior guard. “We just have more basketball to play, and I think that’s what she really emphasizes is that this is not the end.”

“We will respond and we will let this experience propel us to even something greater,” Close said.

The Bruins – who have won 11 of their last 14 games – held a tie with 1:12 left in overtime against a Ducks team containing four All-Pac-12 members and Pac-12 Player of the Year guard Sabrina Ionescu. No. 20 UCLA moved up from an eight-seed to a six-seed projection in ESPN’s Charlie Creme’s latest Bracketology as a result.

The Bruins will wait until Selection Monday on March 18 to find out their seeding.

The Bruins had a myriad of contributors at crucial times throughout the conference tournament.

Redshirt senior forward Lajahna Drummer made her impact off the stat sheet by limiting then-No. 20 Arizona State’s leading scorer forward Kianna Ibis down low for the final three and a half minutes to help UCLA to the 73-69 quarterfinal victory.

“The next couple of possessions, (Drummer) denied touches to Ibis when they were deliberately trying to get her the ball,” Close said. “That’s not going to show up on a stat sheet, but we know that was a huge piece.”

The next day against Oregon in the semifinals, senior guard Kennedy Burke scored a team-high 27 points and held Ionescu to 2-of-10 from the field in the first half.

“(Ionescu is) an elite player,” Close said. “Most of the time that fell on Kennedy Burke, and Kennedy Burke is an elite defender. She proved that in the way she contested shots, moved her feet, kept people in front, blocked shots.”

Close prefaced before the tournament the need for the bench to step up when called upon.

Dean accounted for half of UCLA’s scoring in the fourth quarter against Arizona State and scored one go-ahead and two game-tying buckets in the final frame against Oregon.

Oregon coach Kelly Graves – who is 6-1 in his last seven meetings with the Bruins – said he sees UCLA’s weapons making a deep push in March Madness.

“A team that’s really playing with a lot of confidence right now,” Graves said. “They have a lot of talent. We don’t have anybody on our team that plays like (sophomore forward Michaela Onyenwere and Burke). And Japreece Dean is as good a point guard as we’ve had to play. … I’ve got them being a candidate to win several games in the NCAA.”