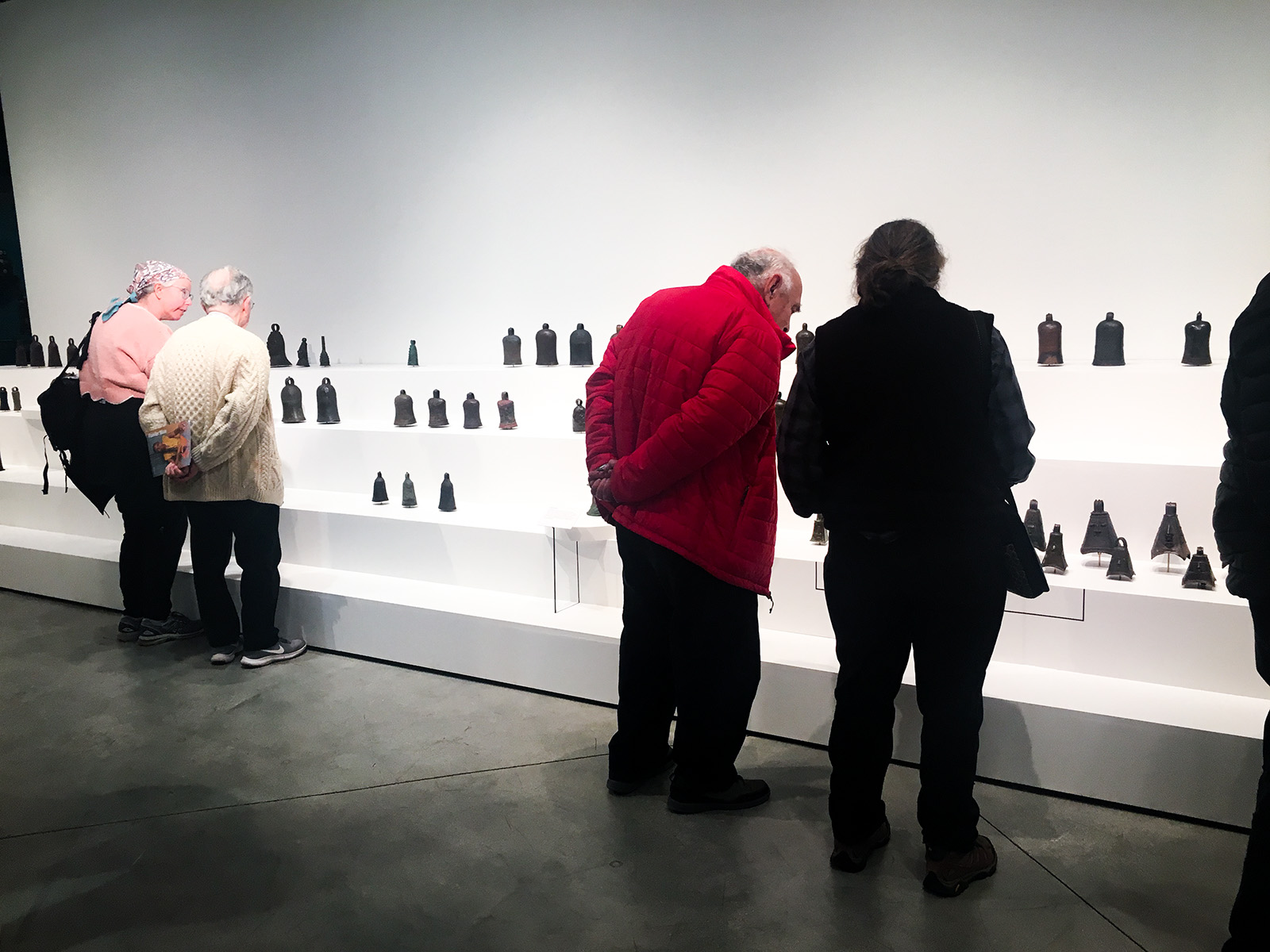 Kathryn Gunsch led a talk titled “Altars and Ancestors in Benin” on Saturday at the Fowler Museum. Discussing bronze bells, altars and effigies from the area, Gunsch spoke about how patterns on the pieces could be used to uncover more history about the kingdom. (Ruthie Glauber/Daily Bruin)

Increasing exposure to 16th-century altars may deepen our understanding of the relationship between art and ancestral connection in Benin.

Kathryn Gunsch led a talk on “Altars and Ancestors in Benin” on Saturday at the Fowler Museum at UCLA, providing insight into the tradition of bronze altars as a means of connecting with ancestral history in the Kingdom of Benin. Gunsch, curator of African and Oceanic art at the Museum of Fine Arts, Boston, discussed two types of bronze objects from southern Nigeria – bells, as well as effigies called ofos. The event evaluated the analysis of art through a Western lens, and touched on historical implications of the bronze pieces in the context of Benin’s 16th-century history.

“The corpus of work had been studied more from an ethnographic or anthropological perspective and not from the perspective of art history,” Gunsch said. “While the subject matter may be specific, a breadth of historical knowledge can be reaped from the patterns in which these bells and effigies were used, including key dates and a clear leadership lineage.”

Hoping to provide both an educational and cultural experience, Greg Sandoval, curator of public programs at the Fowler, collaborated with the Ethnic Arts Council of Los Angeles to host the talk. The event served to supplement the overall exhibit, “Summoning the Ancestors: Southern Nigerian Bronzes.”

A large donation of bronze bells by collector Mark Clayton comprises most of the exhibit. However, Gunsch also discusses a number of bronze plaques and actual altars not on display, said Matthew Robb, chief curator at the Fowler. Sourcing from a few key regions, Gunsch spoke about the historical and cultural geography and its development over time, as reflected in the pieces themselves.

“Even though some of the specific works discussed in the talk may not be in our show, it just gives a context to demonstrate what other practices related to bronze are occurring in West Africa and the Benin/Nigeria area,” Sandoval said.

The talk focused mainly on how 16th-century bronze art pieces influenced the role of ancestry in both everyday and royal Benin. Bronze plaques and effigies of heads, for example, portray the ideal leader with a strong profile, indicating a youthful vitality extending beyond the grave. Gunsch said the works provide insight into Benin’s cultural association of royalty with spirituality. The oba, or king, remains “alive” in the sense that his presence remains at the altar, and does not decease in the mortal way. The art is still valued in local Nigerian markets today, supplied by those continuing the fairly rare practice, Gunsch said.

“The brass-casting guild continues, and you see a very literal connection to this tradition with these people descending from the original bronze casters making art in a more modern style, but definitely still related to this long history of the court,” Gunsch said.

The talk made comparisons between both the ancestral and warfare roles of bells. The bells were used to summon ancestors in times of need, especially during war, ringing on the uniforms of militia as they entered into battle, Gunsch said. Both the common citizen and oba would maintain altars to signal their own patrimonial lineage, with the obas’ altars being more ornate, often containing other expensive materials like ivory. Gunsch said the designs on bells and effigies provide elements of ethnographic evidence still being pieced together by academics.

During the event, a member of the audience raised concerns about how the pieces are also shrouded in controversy over repatriation, given that a wealth of them are still kept in Europe despite requests from past Beninese leadership to have them returned. While acknowledging the validity of this controversy, Gusch said she sees the availability of this collection to Western academia as an obligation to learn more about them from more angles than just historical or anthropological.

These art pieces endemic to Southern Nigeria and Benin help expand the Western perception of African art, Gunsch said, and their untapped potential lies in the details of each piece. According to her research, simple ornaments on effigies may indicate the place of reign, diplomatic associations or familial background of the depicted individual.

Despite the artifacts being studied in Europe since their arrival, Gunsch said they were analyzed with a lack of depth in the realm of art history. She urged those concerned by the repatriation controversy to not let the pieces’ presence in Europe go to waste, providing a takeaway for the audience and a message for the academic world.