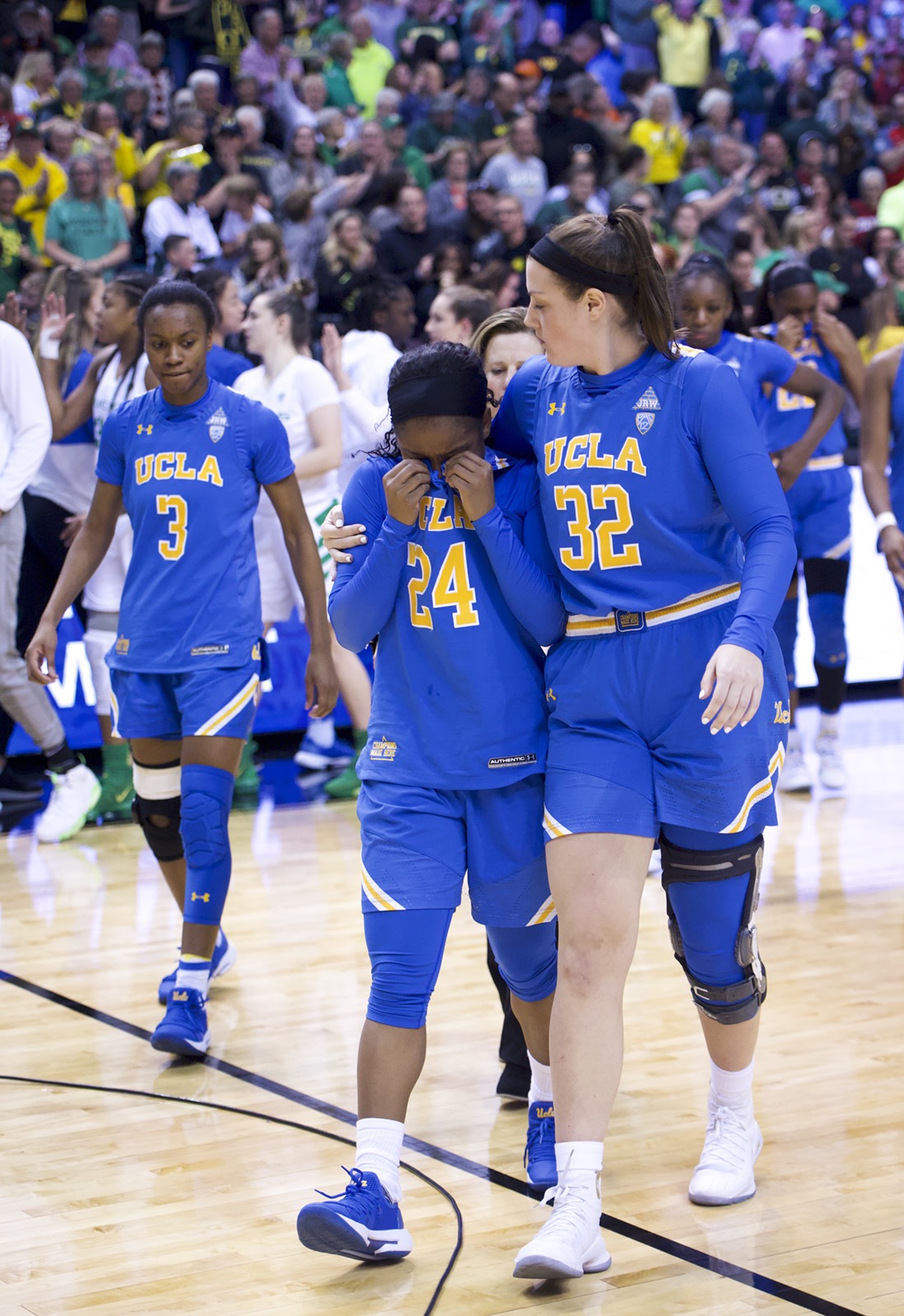 LAS VEGAS—Kennedy Burke wiped tears from her face as the final buzzer sounded.

“Specifically with this team it just shows that we can compete with any team in the country,” said the senior guard. “It just comes from loving each other and just being invested in each other.”

After trailing 86-83, UCLA had the opportunity to tie the game with 10 seconds left, but Burke dribbled the ball to the baseline and out of bounds. Coach Cori Close said the play was designed to get the ball to senior guard Japreece Dean who scored 22 points and was 5-of-8 from beyond the arc.

“We were trying to spread the floor,” Close said. “We wanted to get the ball to (Dean) ad come off of a backside screen and give her space to try to get to a 3-point shot. … We didn’t execute that the way we wanted to.”

Oregon guard Sabrina Ionescu iced the game for good with two free throws to give the Ducks back-to-back wins against the Bruins in the semifinals.

“We’ve just got a great battle going,” Close said. “All the respect to what Oregon has built and their team but also we’ve showed something pretty darn special here too.”

After not knocking down a single shot from beyond the arc against No. 5 seed Arizona State, UCLA went 3-of-6 from 3 and Oregon – the Pac-12’s best 3-point shooting team – sunk 5-of-8.

Burke – who put up a career-high 29 points in an upset over then-No. 2 Oregon on Feb. 22 – opened the game scoring the Bruins’ first nine points and capped the quarter with a putback layup at the buzzer, trailing 25-21 going into the second period.

Defensively, the Bruins allowed the Ducks to shoot 50 percent from the field in the first but held them to 29.4 percent and just one made 3-point attempt in the second quarter.

Sophomore forward Lauryn Miller forced two turnovers on Ionescu – the Pac-12 Player of the Year – which were turned into five points in the opening minutes of the second quarter to trim the Oregon lead to one.

The Ducks, however, responded with a 7-0 run and held the Bruins scoreless for the next four and a half minutes to close the half with 36-30 advantage.

A block and a third 3-pointer from senior guard Japreece Dean in first 15 seconds of the third quarter sparked a 9-3 run, ended with a jumper from Burke for her 19th and 20th points run to tie the game at 39.

UCLA took its first lead in the game with a Burke steal and assist to sophomore forward Michaela Onyenwere with under four minutes left in the third quarter.

Dean lifted the Bruins over the Ducks with 42 seconds remaining with her second fourth-quarter 3, but Oregon forward Ruthy Hebard returned the lead to Oregon with a layup underneath the basket.

After a timeout and inbound pass from redshirt freshman guard Lindsey Corsaro, Onyenwere drew a foul to get to the charity stripe with the opportunity to give the Bruins the lead with 4.8 seconds left.

But Onyenwere missed her first, and knocked down her second to send the Bruins into overtime tied 75-75.

Onyenwere opened the overtime period with UCLA’s first four points – the last bucket to give the Bruins the 79-77 lead. A pair of free throws following a technical foul called on Close and a Hebard layup on the next possession put the Ducks up 83-81 and the lead for the remainder of the contest.

“It’s a game of inches,” Close said. “Me, as a coach, I wish I wouldn’t have gotten that (technical foul).”

UCLA will await on its seeding for the NCAA tournament with the Selection Show on March 18.

“It was a great game, (Oregon is) a great team,” Dean said. “I think it’s going to prepare us for March.” 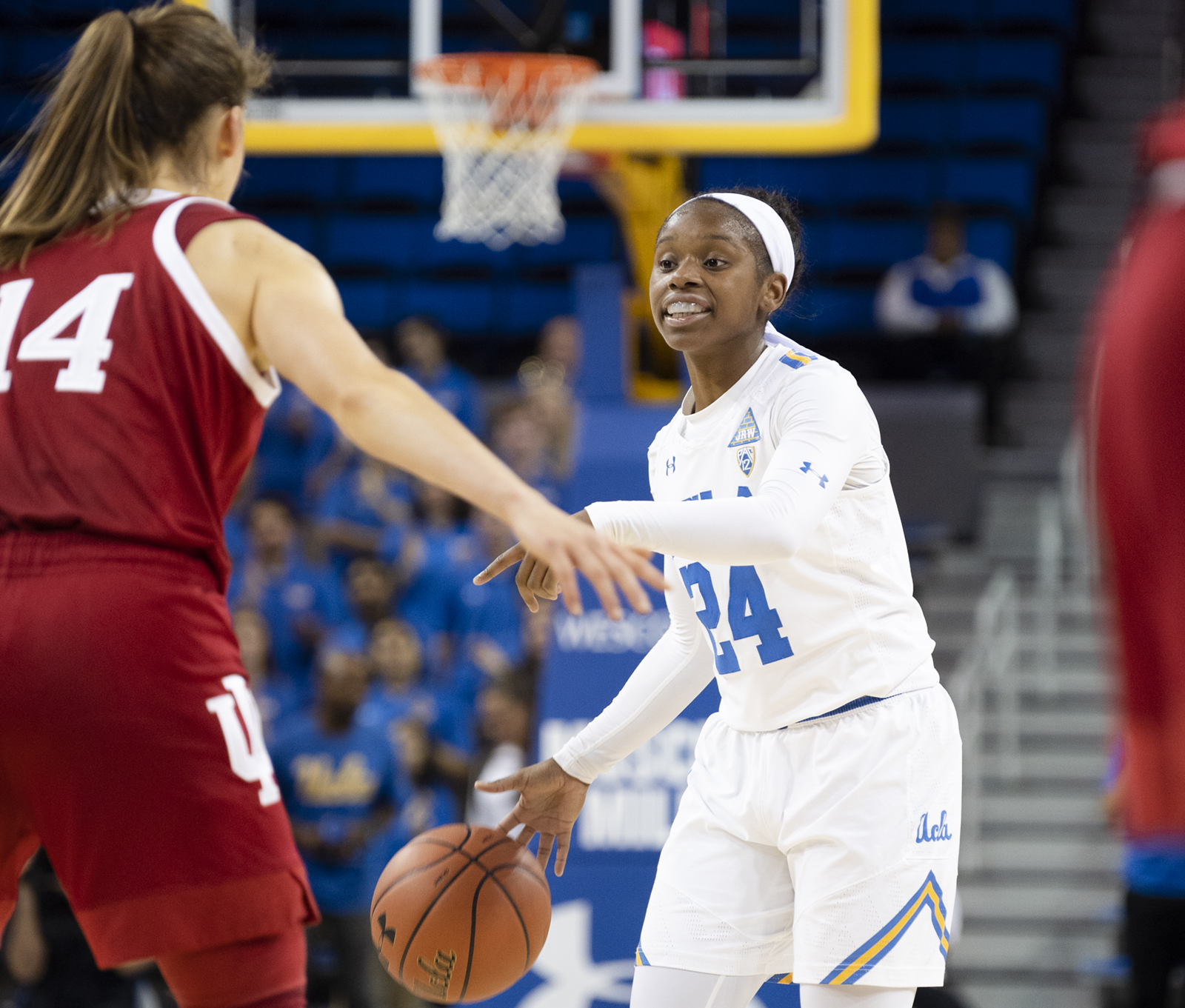 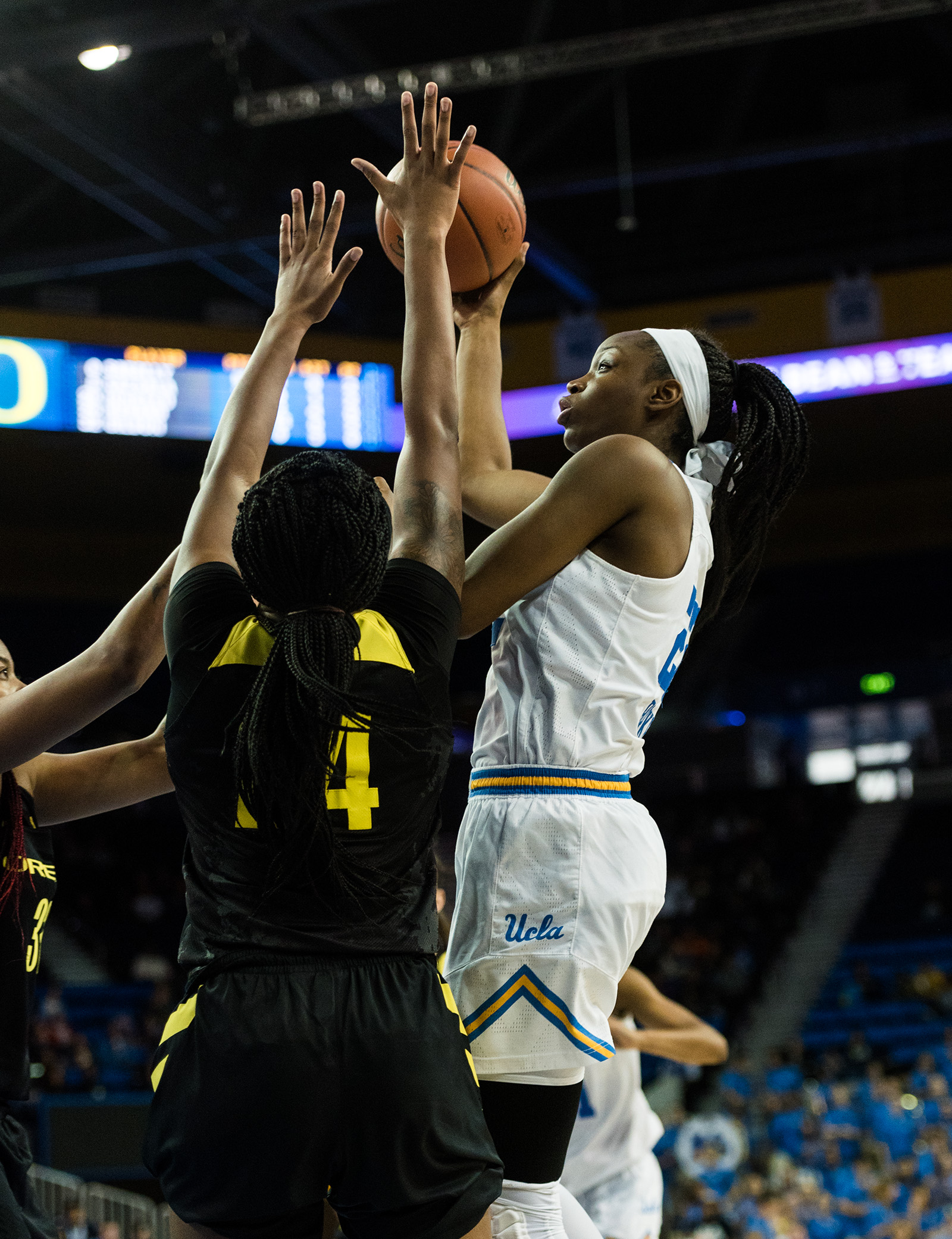 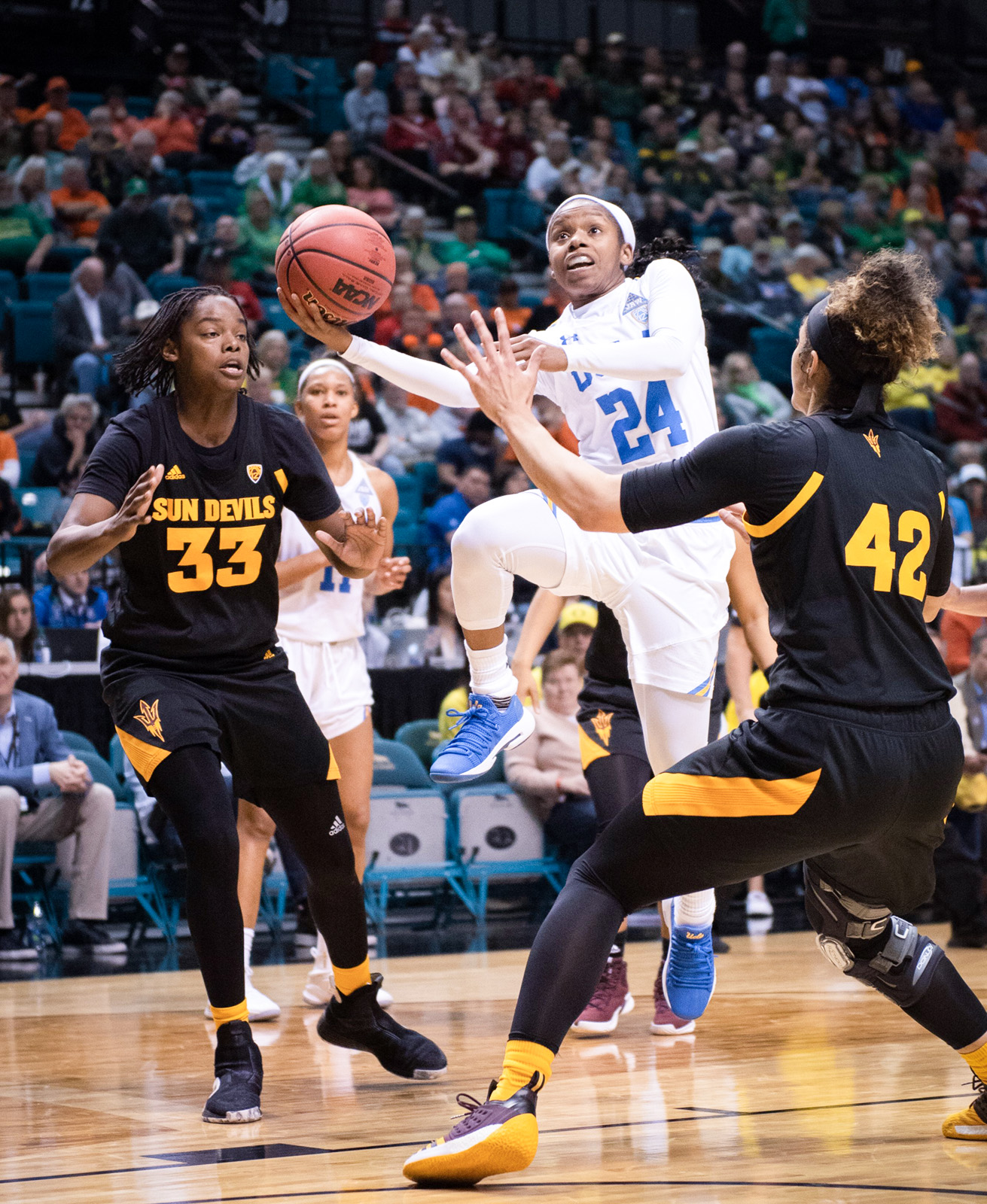