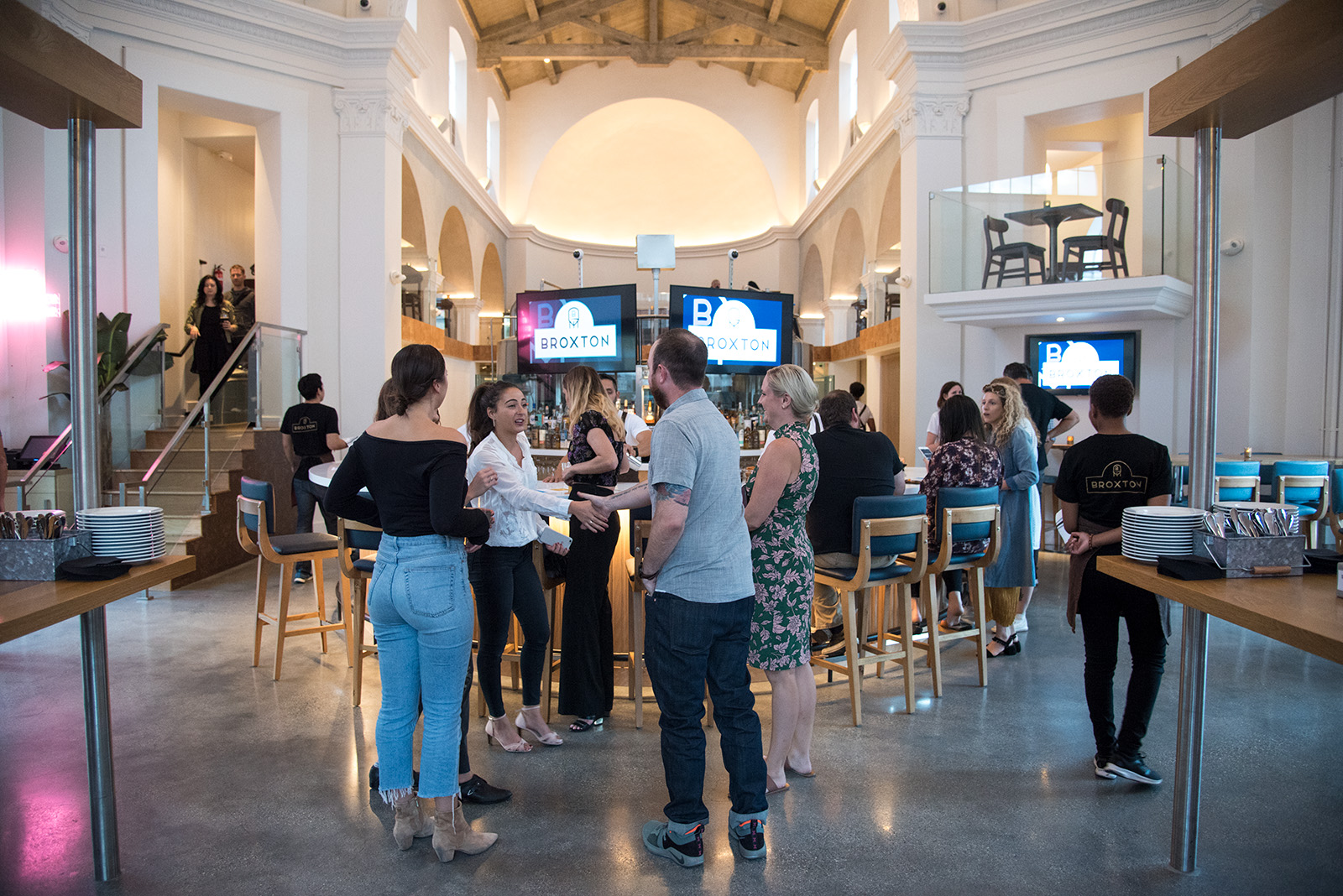 With the recent opening of the microbrewery at Broxton, the craft beer movement has finally made its way to Westwood. Here, the Daily Bruin’s Alexandra Bell explores the history of the trendy movement and how it wound up in our college town. (Daniel Leibowitz/Daily Bruin staff)

California’s in the middle of a beer boom.

Gone are the days when Pabst Blue Ribbon, Budweiser and other cheap, mass-produced beers were the only brews on shelves – craft beer and the movement surrounding it are here to stay.

The movement surrounding craft beer started in the late 1970s when legislation was approved to allow home brewing. The beer craze began in California’s own Bay Area but has since made its way all across the nation, and with the recent opening of the Broxton’s very own on-site microbrewery, has finally landed in Westwood.

According to the California Craft Brewers Association, in 1965 Fritz Maytag invested in Anchor Brewing, which was the first craft brewery to open up since Prohibition in the 1920s. After that came New Albion and Sierra Nevada Brewing Co., both based in northern California. Together, the three breweries paved the way for the modern brewing industry we know today.

By 1980, there were only about eight craft breweries in the nation, however. In a market seemingly monopolized by big brewing, it would seem almost unfathomable that those eight would grow to include more than 6,000 in 2018. How did this seemingly tiny niche grow into a nationwide trend? According to The Atlantic, a lot of it is a result of changing consumer tastes, with many people now in the market to find more flavorful and nuanced brews.

Consumer demand was a major reason for the fast-paced growth of the beer industry. At its peak in 1995, the industry was at a growth rate of 58 percent. While the growth has fluctuated greatly since then, between 1 and 5 percent from 1997 to 2003 and between 6 and 12 percent from 2004 and 2008, the craft beer industry met specific needs that big beer companies seemingly discarded in order to produce cheaply and in bulk.

Tomm Carroll, a beer writer and UCLA Extension professor said in its early days, the craft beer industry drew lots of inspiration from the flavor profiles and brewing styles from European countries like the U.K. and Germany.

“(People) realized how good the beer could be and then they come back here and go ‘Oh my god, this is horrible.'” Carroll said. “It got so bad there was nowhere to go but up. And then it just kept going and going.”

California remains a hub for the industry with almost 92 percent of its residents living within 10 miles of a brewery.

But that trendiness associated with craft beers comes at a bit of a high price.

The British Food Journal published an article in 2012 that surveyed the demographic of those that typically indulge in craft beer. They found that 72 percent of consumers had a bachelor’s degree or higher and 63 percent have household annual incomes above $75,000. In addition, about 42 percent were between the ages of 35 and 49 years.

The niche market seems to indulge a demographic that can afford to indulge. Other alcoholic beverages have always been relatively expensive but it’s only recently that you can buy a $40 beer, Carroll said. Thus, some craft beers might have more of a snobby aftertaste than a hoppy one, due to the fact that prices, along with quality, are at a previously untouched high.

Paige Reilly, the director of operations at New Original Breweries, a collective of breweries that oversees the one at the Broxton, said the craft brewing industry sets itself apart from more mainstream and mass-production beer companies because it has a more personable nature: The brewer can communicate more intimately with the consumer, getting feedback on the ingredients and flavors they liked best during the process.

Currently, the liquor business is modeled on a three-tiered system that consists of producers who sell to distributors who then sell to retailers. Craft beer continues to thrive as some states have exceptions for small breweries to sell beer directly to customers, Reilly said.

The craft beer industry in California has become a whopping $7.3 billion market – people are paying more for a higher-quality product. But more breweries means more competition, Reilly said. In order to grab consumer attention, breweries need to step up their game.

The craft beer industry has a long history of wild flavors and high prices that are found all over social media. Beer flavors like Fruit Loop Ales and Milkshake IPAs are found at local pubs while expensive prices can range from $50 for beers like Three Floyds Barrel-Aged Dark Lord to $2,000 for Hair of the Dog Dave. The trendy atmosphere around it creates even more buzz for the new breweries opening across the nation.

There’s certainly a fine line between high prices for quality and high prices just because brewers can, but Reilly said she believes craft beer is worth the buy because of the real work and passion that goes into its creation. With craft beer’s combination of high quality taste, long tradition and hometown heart, the industry intimately presents itself within the consumer market for all those who are willing to pay to enjoy.

“(Craft beer) is an art and a science,” Reilly said. “It is not an industry that is just for the sake of having booze.”