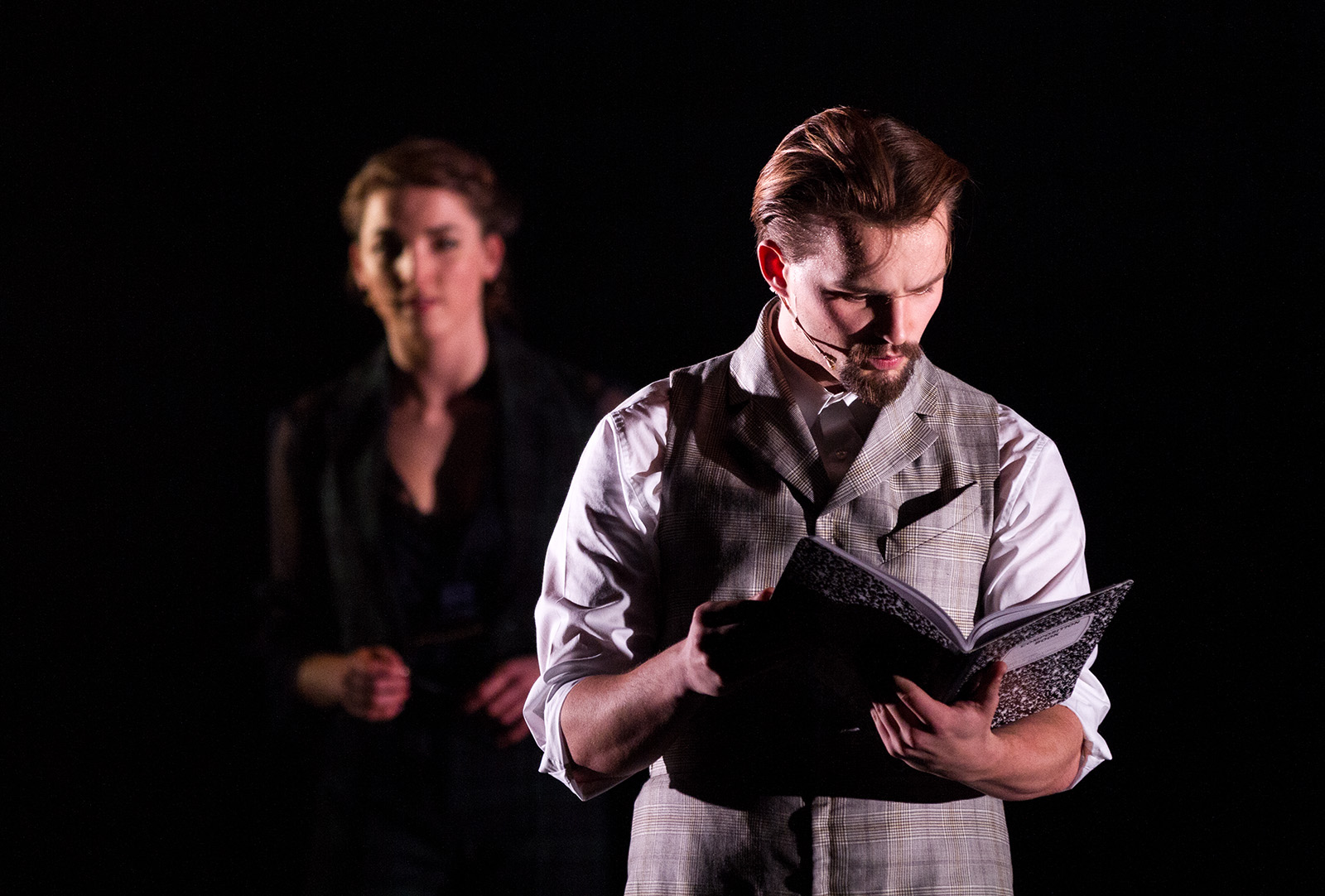 Albert Einstein is known for his academic prowess, but “Rebel Genius” will bring his romantic endeavors to center stage.

The musical’s world premiere, presented by the department of theater in the UCLA School of Theater, Film and Television will run from Friday through March 16 in Macgowan Hall’s Little Theater. Director Brian Kite, chair of the theater department, said the musical doesn’t attempt to recreate a biography of Einstein’s life; rather, it places Einstein and Mileva Maric’s love story in present time to emphasize how figures from the past faced similar struggles as modern creatives.

“Doing it in a more current way makes us realize that ‘(Einstein’s) just a guy like me,’ or ‘Mileva’s just a woman like me,’” Kite said. “We’re talking about history, but we’re going to tell that story right now.”

Contrary to the Einstein characterized by wild hair and a lab coat, Kite said the musical portrays a young man balancing relationships and academic ambition. Through reading Einstein’s love letters to Maric, playwright Matthew Puckett said he better understood who Einstein was as a person outside of his accomplishments, humanizing the iconic figure.

In addition to Einstein, Puckett said he hopes audiences will learn more about Maric as both an individual and a scientist. Maric, Einstein’s first wife who he eventually divorced, is rumored to have assisted Einstein with much of his research without credit, though Kite said this has not been proven. As Einstein’s ambition pushed him closer to his goals, Kite said it also pulled him away from personal relationships. Despite her strong affinity for physics, Puckett said Maric faced barriers as a woman in science, and the musical explores how her minimal success in comparison to Einstein’s impacted their relationship.

Although Einstein’s love story occurred at the turn of the 20th century, Puckett said he removed both musical and visual elements indicative of the time period to help audiences better relate to the renowned historical figure. Costume designer Marisa Melideo, a third-year master of fine arts graduate student, said Einstein’s signature costume references the vest and pants style of the early 20th century through its silhouette with an elevated waistline, but its cut has been modernized as a streamlined jumpsuit.

In addition to the clothing, Puckett said other aspects of the musical help to modernize the story. Instead of composing a score similar to the music from Einstein’s period, Puckett said he wrote contemporary music so the audience could better connect to the stage. Removing European accents and dated language also helps to make the audience feel as if they are watching a story that is happening now, not 100 years ago, Puckett said.

“I tried to contemporize as much as possible to how someone today would understand what (Einstein) was going through,” Puckett said.

Such efforts to modernize Einstein’s story helped Michael Wells, a third-year musical theater student portraying the scientist, realize that everybody deals with love and relationships when they’re younger – even Einstein. As someone in a relationship with another theater student, Wells said he can relate to Einstein’s struggle to balance one’s professional endeavors while maintaining a connection with someone who shares the same aspirations. Puckett said he hopes audience members will be able to see pieces of themselves in Einstein and Maric.

“(Einstein’s) not just this genius. He was a human and he had relationships,” Wells said. “He’s a very special person, (but) a person like the rest of us.”