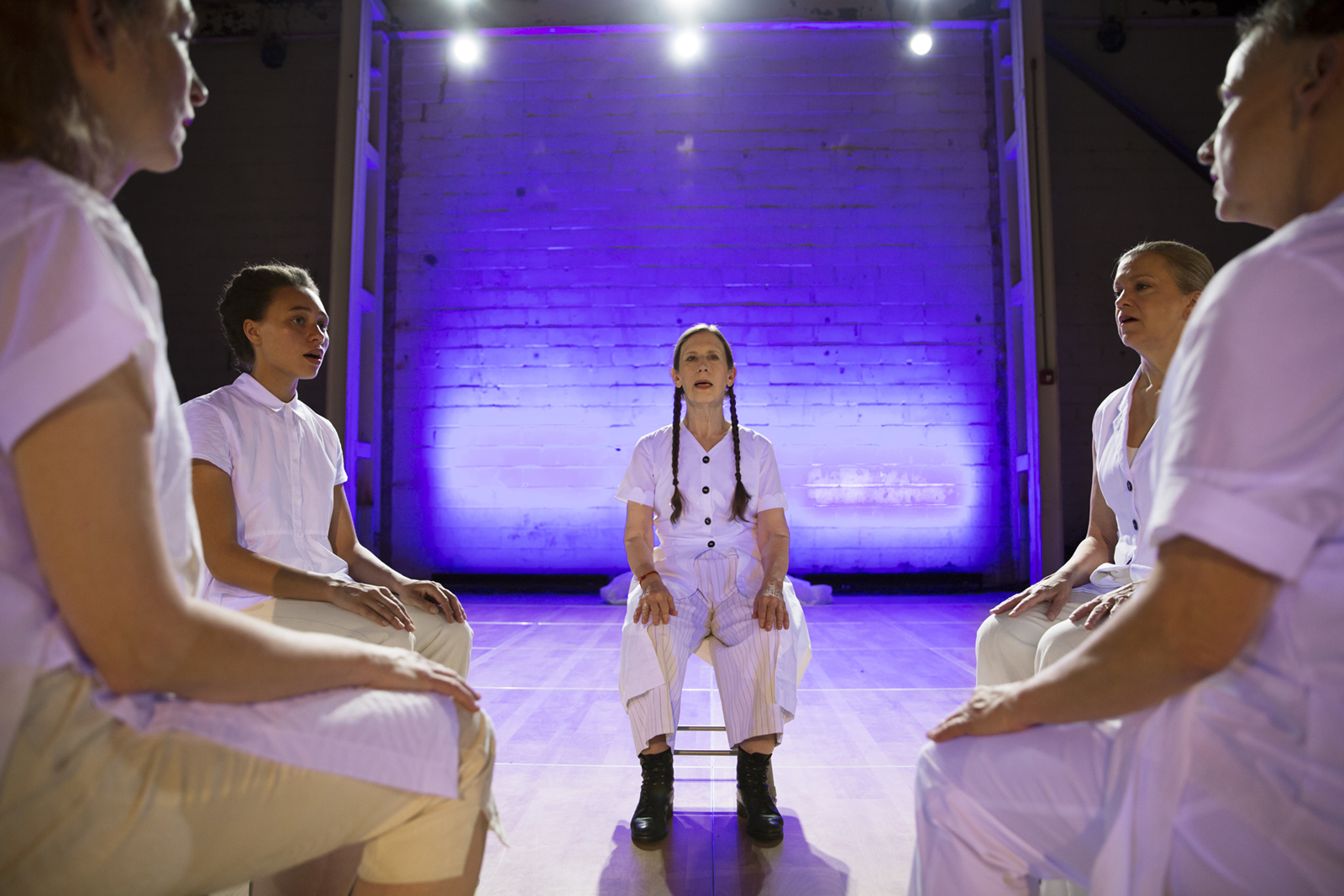 Artist Meredith Monk will perform “Celluar Songs,” a show she said was inspired by the interdependent activity of cells. It also incorporates interdisciplinary techniques like music, lighting and film. (Courtesy of Julieta Cervantes)

Artist Meredith Monk took inspiration from human cells and their functions of replication and division.

These biological processes gave birth to her performance “Cellular Songs.” To be staged Saturday at Royce Hall, the show will include her vocal ensemble as well as lighting effects, instrumentals and a video installation. Monk said the show aims to suggest ideas such as interdependence, a concept also seen in cells.

The Daily Bruin’s Ethan Pak spoke to Monk about her work and its relationship to cells.

Daily Bruin: What inspired you to create “Cellular Songs?”

Meredith Monk: I was working on some very complex, intricate solo vocal pieces. At the same time, I was reading a book … (about) the history of cancer. But what really struck me was the miraculous activity of a single cell because (the author) talks a lot about cellular behavior and energy. I was just fascinated by it, thinking (about) the interdependence of our systems and our bodies. All these processes are totally interdependent and cooperative. For some reason, I started linking that kind of thinking and those concepts to these little vocal pieces I was working on. The pieces had a sense of three-dimensionality, rotating. It was almost like it was music rotating in space – almost like a sculpture – and (it had) intricate little lines that, when you hear them, … you can follow each of our voices. But they’re so interwoven that if you just listen to the whole, you’re actually not sure who’s singing what.

DB: How does “Cellular Songs” specifically relate to cellular activity?

MM: I’m not really doing it in a literal way because (with) music, you can’t really delineate that left brain kind of activity. What I’m doing is more poetic, musical, contemplative, abstract. It was more trying to capture the energy, energy field, that sense of rotation, interchangeability, permeability, permeable nature of the cell movement and in the way that one (cell) affects another and might affect something very far away from it.

DB: What made you decide to incorporate various techniques such as music, lighting and film into the performance?

MM: I’ve been working on that since I was a student at Sarah Lawrence (College). They allowed me to create my own interdisciplinary kind of art program. I was in the music department, I was singing, I was writing piano pieces, I was dancing, I was doing choreography, I was in the theater department. By my junior year at Sarah Lawrence, I felt there was an urgency to find a way to integrate these things and to weave them together and try to make a form that’s really holistic. I wanted to make pieces that have different perceptual modes. We have an emotion center, we have an intellectual center, we have a spiritual center. All of those things can be woven together to make a very whole form.

In this performance at Royce Hall, we’re doing a surround sound … situation where the sound is really immersing you particularly because of the stage. I think I just want to make a very direct … experience for people where they can let the narrators in their mind and have a direct connection to something.

DB: How did you show cellular activity, such as replication and division, figuratively?

MM: It was never trying to show something. It’s always trying to suggest or evoke something and then to take the concept a little bit further. If you like to think of generosity rather than greed, cooperation rather than competitiveness, kindness (rather) than cruelty, then you can take those things and make it something that could be a potential society – a kind of prototype. That’s really what the piece does. It’s five women. You see this sense of working together, existing together in states that are very sensitive in a generous way. The form of the piece is so difficult and challenging that if one person falls down, we all fall down. Intrinsic in the form is that interdependence.

DB: What led you to decide to incorporate your vocal ensemble – those five women – in particular?

MM: My whole ensemble includes three men. This was before the #MeToo movement and the #TimesUp movement. I sensed that emergence of patriarchal culture coming up in full force again. I always think these things recur, recur, recur. I’m always interested in … how certain kind of forces, impulses, ways come up (through time) and they might change, and they spiral back around. I felt that. I sensed that. I thought that somehow having a cast of five unique women of different ages and different backgrounds was a very affirmative and strong statement without being directly political, but much more just an affirmation. 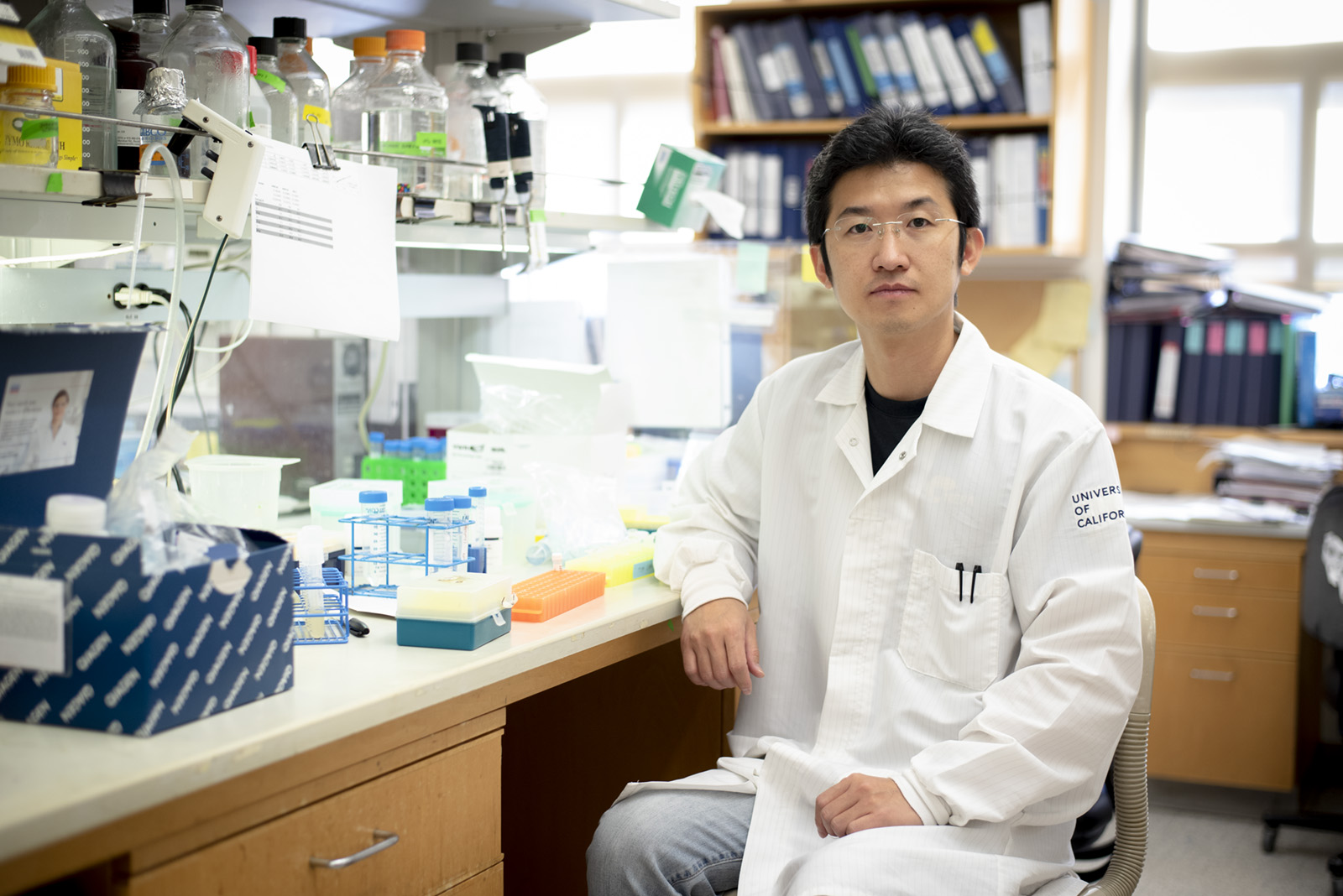